Every four years, with the Olympic summers filling newspapers and celebrations, some athletes appear who pass from semi-anonymity to glory. A matter of minutes: more or less perfect performances that are worth the medals at the Games and entry into the restricted category of athletes who have made it. It usually happens in minor disciplines, so defined because of the unbearable habit of weighing the importance of a sport on the basis of the following of the public. But so be it. That’s not the point. The fact is that from being nobody, you become a God. For a few days. And take advantage of the media spotlight. And think back to all the sacrifices made. And the thanks leave. Pay attention to it: the first thank you is usually for “my teacher, the one who believed in me and pushed me to continue despite the difficulties”. Here: the first masters, those who teach sports, who raise men and women to make them become champions. We want to tell them this way: to understand their way of understanding the competition, to discover their methods, to know their anecdotes, to know from whom they have learned. There will be well-known and lesser-known masters, expressions of disciplines with a large or small following. The only common denominator: they are the sport they teach and have helped to improve. (Pi.Gi.Ci.)

“At school I had a couple of teachers that stimulated me to study philosophyto understand the world and eventually try to solve its problems. But in the eyes of a student there were still professors. My great teacher of life was the first volleyball coach I ever had. Jorge Taboada he was 25 years old, ten older than me, and as a job he did the Journalist sporty. Today he is my best friend. He was the coach of the La Plata University Club, one sports club in which all sports were practiced except football. One summer day she asked my friends and me if we’d like to try the volleyball. We said yes, we liked it so much that we continued to play even in the winter. The club also had the women’s team, it was nice to spend the wholeadolescence together. A group that still wants to meet, when it happens ”. 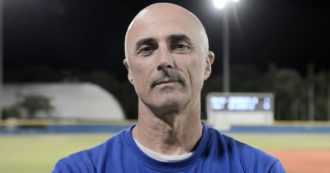 Marco Mazzieri, who made Italian baseball great: “The coach must develop an athlete by making him improve as a human being”

Julio Velasco, an Argentinian from La Plata with an Italian passport, was the technical commissioner of the men’s national volleyball team. From 1989 to 1996 he trained the so-called generation of phenomena. And he is a phenomenon too. Even today that, having left the role of the coach, he is the technical director of the Federation for the men’s youth sector.
“In two seasons we won everything at the Juniores level and in four, now I was 18, we finished in A1. Then I enrolled at the university, engaging myself above all in the student movement and Jorge went to Rosario to make a magazine: everything fell apart. We lost touch with Jorge for about three years, around 1973 we met and became equal friends, there was no longer the coach-athlete relationship. In everyday things he was a guide for me, a confidant I was looking for when I had problems, whether they were love troubles or personal tragedies. I practically did not know my father, soon separated from my mother, he then died young. Mom was a teacher and she went out of her way for us brothers, but we grew up without a male figure in the house. Jorge was also orphaned early on. He also united us this “. 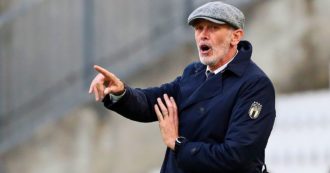 Paolo Nicolato, the coach of the young Azzurri: “Why are we struggling today? The kids are no longer moving, we need to review the school-sport relationship “

What young man was your teacher?
“He also came to work for a period in Italy, then returned to Argentina. He is the typical porteño, a bohemian with whom I discovered the night. Fascinating also from this point of view. As a boy I always had little money in my pocket, I met the first restaurants thanks to him. When I was able to afford them later, I was able to return the favors ”. 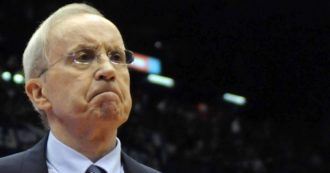 What did Taboada teach you in the gym?
“It gave me the setting on how to see volleyball. In those days there was only a technical vision of volleyball, he gave me a more complete vision of the game. Volleyball is still too often seen as a closed technique sport like 100 meters can be in track and field, yet how football changes all the time. Soccer and volleyball are sports in which there are many techniques, which is why it is misleading to talk about fundamentals. I’ll give you a football example: within a match there are many different situations in which the ball is stopped, not just one. The coach must therefore teach all the ways to be able to solve the game ”. 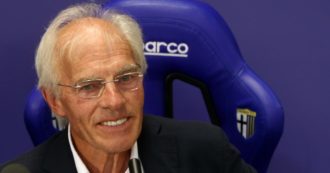 Nevio Scala, the non-teacher: “Young people? We must leave them free to express themselves, without indoctrinating them with too many tactical speeches “

How did Taboada come to these innovative results?
“Like all revolutionaries, it is not known where the ideas came from. In fact, in Argentina they called him Il Mago … “

You arrived in Italy in 1983 to train Latte Tre Valli Jesi in Serie A2, did you find other masters with us?
“Not of this type, no one has been so decisive in my career. But I continue to learn every day, reading books, watching a movie or listening to someone’s words. I have it as an automatic mechanism. I also learn from the janitor who opens the gym to the boys ”. 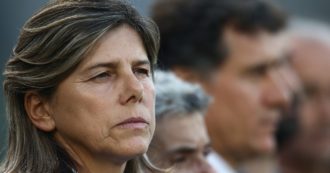 Milena Bertolini’s treatment: “The coach must follow each single player, individually. So he will have availability and improvements “

Do you feel like a master?
“A coach must be, a guide especially when he has to train young people. The best ones are those who leave things implicit, not those who say: this must be done. The coaches who were once my players publicly don’t talk much about me. I like that several of mine have become good coaches today and I cheer for them. For me it is a source of pride. The same happens when someone who has been part of my staff becomes a coach, the merit is above all of the coach because it means that he is good at him, but it must be said that I have always delegated a lot, leaving autonomy to my collaborators “.

Among the many successes, with the national team he has won three Europeans, two world championships, five World League and with the clubs four Italian championships, three Italian cups, an Italian super cup and a cup of cups. Do you miss not having won an Olympics or a Champions Cup?
“I don’t miss it at all! There are people who look at what they lack: people destined to be poor forever. It’s crazy to expect to always win. Win everything, everything, everything? Nobody succeeds. Life is not a ladder to those who reach higher “. 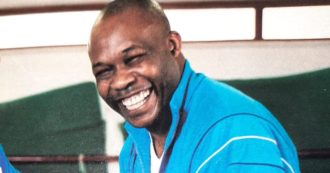 Kalambay, from punches in the street in Congo to the top of world boxing: “Ok technique and tactics, but in the matches intelligence is the most important thing”

What do you like about your current experience in the Federation?
“Growing up the kids gives me satisfaction. It is a huge fortune to do so at 70: being with young people keeps young. I always say to them that the real privilege is to do what we like best, if then we reach great goals even better. And that it is important to do things well, whether you work in the world of sport or if you are a carpenter, I know, the only difference is that there is no world championship for carpenters and therefore there is a different response “.

If you look back what do you think of your career?
“I never thought I’d be able to do what I did”.