According to the American site Entertainment Tonight, Kendall Jenner would have broken with the star of the NBA, Devin Booker, after two years of relationship. A decision made by mutual agreement after realizing that they no longer shared the same priorities.

The end of a romance. According to the American site Entertainment Tonight, Kendall Jenner and Devin Booker, the star of the NBA club Phoenix Suns, have just put an end to their story after two years of relationship. A source claims that they have had several discussions about their future and that they “are not on the same wavelength”. The American site E! News specifies for its part that the rupture would go back to a little more than a week.

Despite sharing a good time at Kourtney Kardashian’s wedding in late May, ‘when they got back, they started to realize they weren’t in sync anymore and their lifestyle was too different,’ reveals a source.

According to E! News, it’s possible that Kendall Jenner and Devin Booker will decide to give their story another shot in the near future. “They stayed in touch, and they care about each other,” continues the same source. 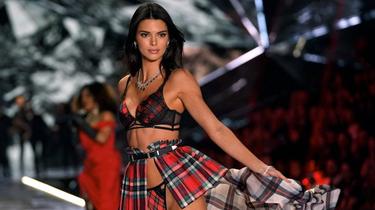 As a reminder, Kendall Jenner had already had stories with other NBA stars, including Utah Jazz guard Jordan Clarkson, winger Blake Griffin when the latter was playing at the Los Angeles Clippers, as well as Ben Simmons, former point guard for the Philadelphia Sixers, since transferred to the Brooklyn Nets.