Kevin Spacey is formally accused of sexual assault in the UK.

Actor Kevin Spacey, known for his participation in the series “House of Cards”, was accused this Thursday of four counts of sexual assault against three men in the United Kingdom.

The indictment against Spacey was released by the British Crown Prosecution Service, The Guardian reported.

The American-born actor is also being charged with causing a person to engage in penetrative sexual activity without consent, the British Crown Prosecution Service said.

CNN en Español reported that the events of which Kevin Spacey is accused occurred “in London in 2005, another two in 2008 and one more in Gloucestershire, west of England, in 2013.”

The aforementioned media outlet added that the alleged victim of the 2005 incidents is now 40 years old, while the two men allegedly involved in the 2008 and 2013 incidents are now 30 years old.

Rosemary Ainslie, Director of the Special Crimes Division of the British Crown Prosecution Service, said the charges against the American star were brought after a review of evidence collected by the Metropolitan Police in their investigation.

“CPS has authorized criminal charges against Kevin Spacey, 62, for four counts of sexual assault against three men,” Ainslie said in a statement.

“The British Crown Prosecution Service reminds all concerned that criminal proceedings against Mr. Spacey are ongoing and that he is entitled to a fair trial,” the statement said.

The charges against Kevin Spacey in the United Kingdom were filed Thursday morning as the actor appeared in Manhattan Federal Court for a hearing in a civil lawsuit filed by actor Anthony Rapp, The New York Post reported.

The New York Post noted that Rapp filed a legal complaint against Spacey for alleged sexual advances made by the veteran actor when he was just 14 years old.

The actor was accused of sexual misconduct in 2017

The Washington Post reports that Kevin Spacey was first accused of sexual misconduct in October 2017 by actor Anthony Rapp, who told BuzzFeed News that Spacey made a sexual advance on him at a party in 1986, when he was 14. years old and Spacey was 26 years old.

After the accusations against Spacey were made known, the actor issued a statement in the social networks claiming he had no recollection of the encounter with Rapp: “If I behaved as Rapp describes, I owe him the sincerest apology for what would have been deeply inappropriate drunken behavior.”

In the same statementSpacey said that the article with the accusations of Rapp had inspired him to publicly declare that he is homosexual.

The Washington Post revealed that after Anthony Rapp’s accusations against Kevin Spacey, more than a dozen accusations were filed against the actor.

Who is Kevin Spacey?

Born on July 26, 1959 in New Jersey, Kevin Spacey is an American actor and producer who began his artistic career as a stage actor during the 1980s. Spacey’s first film work was in “Heartburn” and Working Girl. ”.

The veteran actor has won two Academy statuettes, a Tony Award, a Golden Globe, four Screen Actors Guild Awards and a British Academy Film Award, according to his biography.

Spacey is popularly known for playing the character of Frank Underwood in the Netflix series “House Of Cards,” an adaptation of a 1990 BBC political drama of the same name. 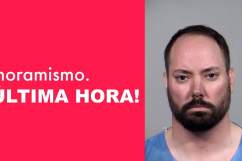