In a long interview granted to the French newspaper Le Figaro, Cardinal Robert Sarah addressed a number of pressing issues. The former Prefect of the Congregation for Divine Worship did not shy away from the most difficult questions, such as those on the cases of pedophilia of priests.

A very hot topic in France, still shaken by the report of the Sauvé commission which counted 216 thousand victims of sexual abuse in the last 70 years, quantifying the number of priests involved in about three thousand.

Cardinal Robert Sarah, former Prefect of the Congregation for Divine Worship, speaks of sexual abuse by priests and warns: you need to recognize your responsibilities. We must not confuse mercy and complicity with sin. But the abuses do not become the pretext for attacking celibacy.

The bishops of France, gathered in assembly in Lourdes, asked God for forgiveness after recognizing “Officially the institutional responsibility of the Church and the systemic dimension of sexual abuse in the Church”. Now a difficult season will open for the French church, made up of compensation for the victims and internal struggle against the scourge of pedophilia.

A necessary step, commented the African cardinal, for which “It was necessary to face the truth” in order to discover “the breadth and depth of sin”. “If there is an institutional responsibility” – Sarah continued – it lies in this: not having known how to call evil by its name. We have shown a terrible lightness of conscience in the face of the gravity of sin ”.

The extreme seriousness of these facts must not escape. The cardinal spares no harsh words: “When a priest harasses a child, this is not an accident. It is a radical denial of his being a priest. It is a crime. It destroys the human and spiritual life of the victim. Stain the priesthood. It dirties the whole Church and prevents evangelization ”.

There is no doubt about it, says Sarah: “The crime must be punished. Sin must be repaired ”.

One wonders if the Church has not perhaps confused mercy and justice with regard to the indicted priests. Indeed, the Cardinal of Guinea confirms that “For too long we have confused mercy and complacency with sin. The Church has allowed itself to be contaminated by a worldly spirit which, under the pretext of subjective understanding, comes to ignore the objective gravity of the acts ”.

Doing this means forgetting that “Forgiveness is possible only if the evil has been recognized and has become the object of repentance. This is true for pedophile crimes as well as for any sin “.

This is no small matter. The fidelity of the Church to her Lord is at stake, because “When the Church does not denounce sin, she is unfaithful to Christ, she fails in her mission. The saints were not afraid to use violent words to denounce the gravity of sins. But we, instead, tremble in front of words like ‘punishment’, ‘reparation’, ‘sin’ “.

But was it really necessary to recognize an “institutional” and “systemic” responsibility of the Church? Yes, Sarah affirms: “It was necessary to say that our silent lightness in the face of the gravity of sin had become a system, so much so had it come to infiltrate people’s minds and generate a form of unconscious complicity, an indifference to sin”.

Return to the essence of the priesthood

Having said that, it must also be acknowledged that “The immense majority of priests remained faithful to their priesthood”. In fact, 97% of French priests have not been guilty of any abuse. Therefore, Sarah emphasizes, “their daily sacrifice should be praised [che] it’s quiet and discreet ”and nobody talks about. Yet the fidelity of these priests is “a sign of hope and renewal for the whole Church”.

READ ALSO: There are those who want to eliminate the secret of Confession | Here is the motivation

Precisely for priests, Cardinal Sarah designed his latest book, entitled “For eternity. Meditations on the figure of the priest ”, a written work “To tell them not to be afraid to live the priesthood integrally as Christ left it to us”.

The priest must simply be asked to “be a priest, configured to Christ!”. Priests are to be appreciated “for what they are, not for what they do”. Nor should we ask the Church “to be successful, to be effective”. In fact, the Church “is not an NGO”. And if there is something to ask of her it is “the truth of the Gospel, the beauty of the liturgy, the grace of the sacraments”.

The danger of ideological exploitation

However, there are those who try to exploit this painful story to attack the priesthood as such. In this case too, the cardinal has clear words: the fact that the vast majority of priests have proved faithful shows that “it is not the priesthood itself or the Catholic doctrine on the priesthood that are in question. I know that some are tempted to invent a new figure of priest, even a new Church. These temptations are in vain. It is not because some have abused paternity or priestly authority to make it the instrument of their perversion that it is necessary to deny that the priest is a father and has a guiding office by virtue of his sacramental ordination “.

The truth is that these are reductive judgments, because “Sin is not only a psychological weakness nor a necessary consequence of a social structure. Even placing the blame on the structure of the Church would be less than our responsibility ”. Therefore we must be careful “not to use the suffering of the victims to advance an ideology”.

READ ALSO: Card. Sarah: strong words on the cause of the crisis in priestly vocations

The cardinal reiterates this forcefully: it is unfair to exploit the infidelity of a small minority to question the priesthood itself, “as if the figure of the priest, configured to Christ for eternity through the sacrament, was in itself harmful and bearer of a temptation of psychological omnipotence. On the contrary, this spiritual configuration commits priests to live in a particular way the radical nature of the Gospel ”.

It is the duty of the bishops to show priests the way to holiness. Which certainly does not mean claiming that they are “omniscient supermen” or “stars who shine in the eyes of men”. More is asked of priests, Sarah remembers: “They are required to be saints, that is, to live fully their status as servants of the People of God through the gift of the sacraments and fidelity to the teaching of Christ”.

Celibacy is also questioned. But even in this case we are faced with an exploitation to be rejected, replies the former prefect of divine worship, especially since “the Sauvé commission has stated that celibacy cannot be considered a cause of sexual abuse”. Indeed it is well known that “the vast majority of these abuses are committed by married men”.

READ ALSO: Cardinal Sarah: the priest is not a TV presenter

Celibacy must therefore be preserved, which is “the sign of the gift of oneself as a servant and husband of the Church”. On the other hand, however, “we must adopt concrete and realistic means to preserve it. Just as a bridegroom maintains his fidelity in marriage by avoiding dubious occasions, a priest must always act as a priest, wear a recognizable habit. For him there is no private life, separate from his priestly life ”.

If there is a lesson to be learned, it is that of the saints, emphasizes the African cardinal: “Sin is as old as the world! The Church must not be afraid of crises. The saints were not afraid to call sin by its name. This is how they made the beauty and holiness of the Church shine. Rather than trying to “communicate” to make herself popular and appreciated by the world, the Church should simply seek to be faithful to the Gospel and its need for conversion and holiness “.

Many try to create divisions in the Church by pitting pastors against each other, also setting bishops and cardinals against the pope. This happens, Sarah notes, because “Many, even among Christians, have a political vision of the Church. They see nothing but purposes of power. They try to make the cardinals oppose each other or against the Pope. All this is superficial ”.

READ ALSO: Interview with Cardinal Sarah who clarifies his position towards the Pope

However, they forget what is essential, namely that “the profound reality of the Church is spiritual. Beyond all this gesturing, I seek only one thing: to proclaim the Gospel of Christ, to be faithful to this Church to which he promised the Kingdom of Heaven ”.

Pope Francis does not want to suppress the ancient liturgy

The African cardinal also touches on the delicate point of the tensions that have arisen following the motu proprio “Traditionis custodes” which limited the use of the ancient Latin liturgy.

“Touching the liturgy is always very delicate”, remembers Sarah. Indeed, it represents “the expression of our intimate relationship with God in praise and love”. In this regard, he says, “I believe that Pope Francis has clearly explained his intention in the various visits ad limina of the French and Polish bishops. Its purpose is by no means to suppress the ancient liturgy ”.

The Pope “is aware that many young people and many families are intimately linked to it. And he is attentive to this instinct of faith that is expressed in the people of God. It is therefore not a question of nostalgia for the elderly. The Pope asked that this text be applied with flexibility and fatherly feeling. He knows well that what has been sacred for so many generations cannot be despised and banished overnight ”.

“On the contrary”, concludes Cardinal Sarah, “I believe that the Pope expects the current liturgy to be enriched with what the ancient liturgy has the best. Likewise, the ancient liturgy is clearly expected to be celebrated in the spirit of Vatican II, which is perfectly possible. It is not and must not become a pretext for the contestants of the Council ”.

The completeness of the information is in everyone’s interest. For this we ask you to suggest additions or changes and to report any inaccuracies or errors in this or in other articles of Lalucedimaria.it by writing to the following address: redazione@lalucedimaria.it 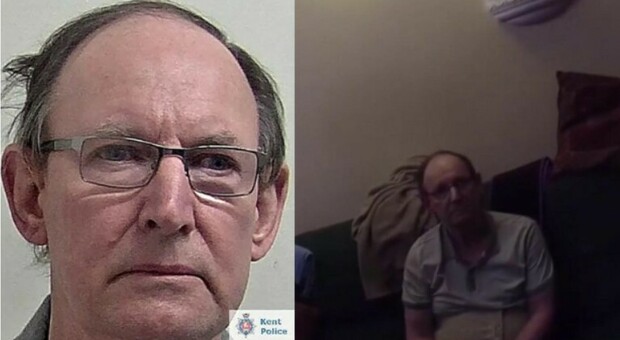 “I couldn’t be with him anymore” 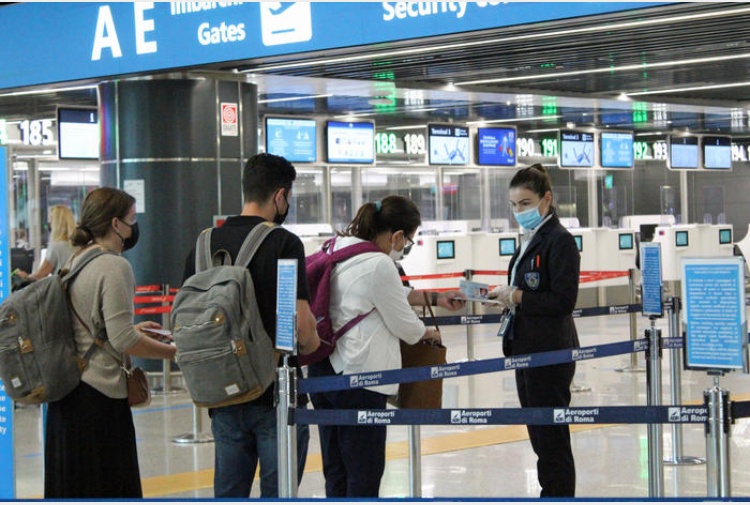 Armored restrictions and borders: the Omicron variant is scary 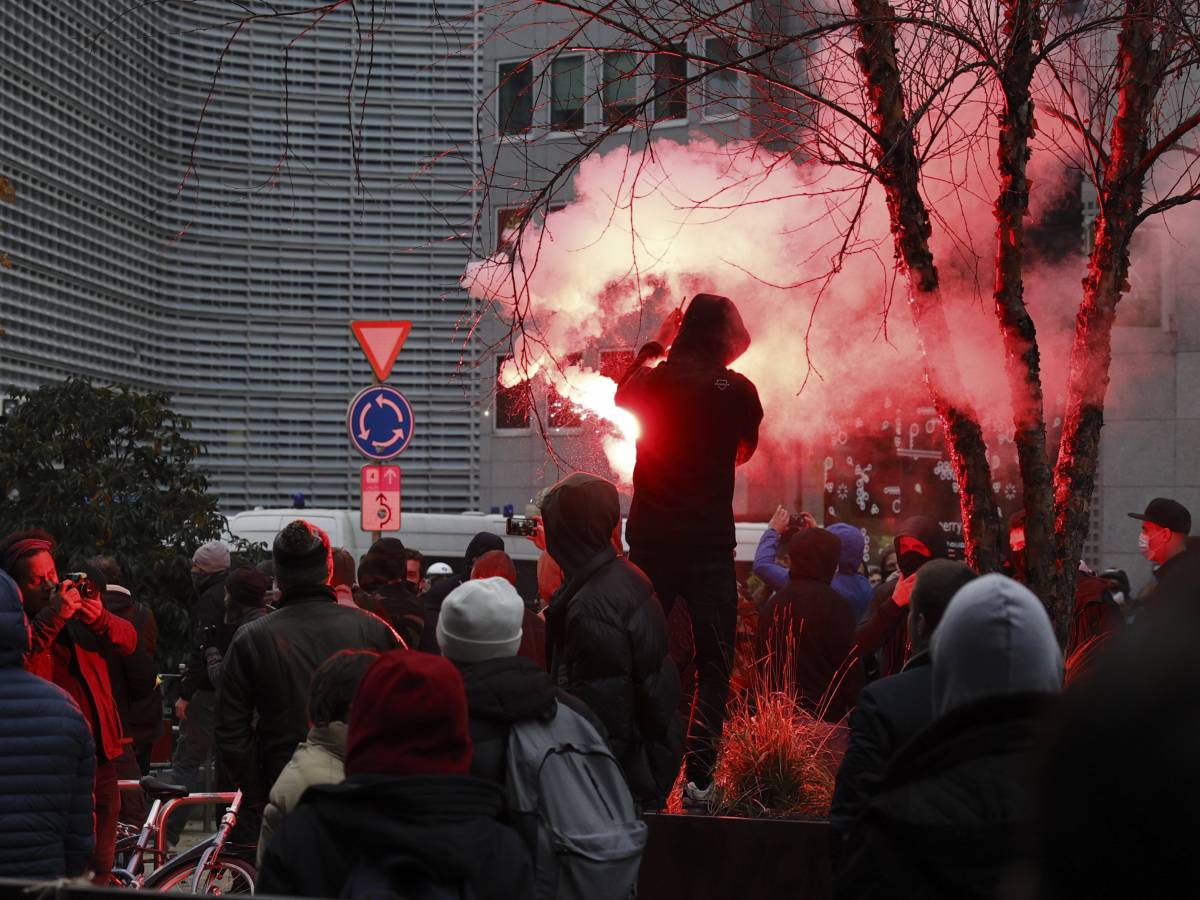 Anger erupts from Brussels to the Hague against restrictions. But “Europe risks another 500 thousand deaths” 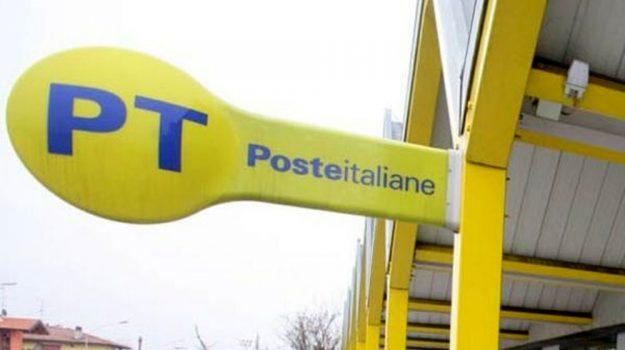 Advance payment of pensions for December 2021 in the Italian Post Office: here the calendar starting from 25 November