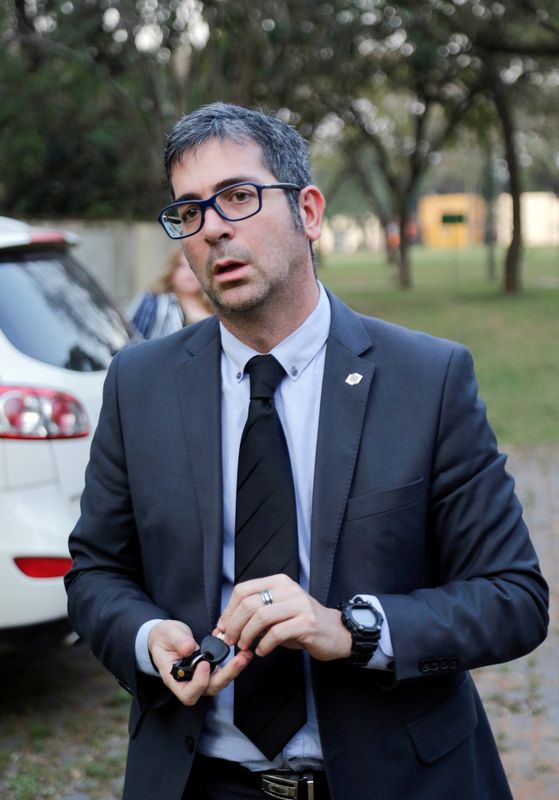 After the autopsy on the body of Paraguayan prosecutor Marcelo Pecci in Cartagena, the National Institute of Legal Medicine and Forensic Sciences In Colombia, he delivered his remains to a funeral home in the city where he violently lost his life.

Now, according to the authorities, the body of the judicial official will be repatriated in the last few hours, or at the latest by the weekend, on a commercial flight that will depart from Colombia to Paraguay where the funeral honors will take place after his murder in the Colombian Caribbean on May 10 in the Barú Peninsula.

For now, the Government of Paraguay is carrying out all the necessary protocols so that Pecci’s body arrives in his native land and thus bid him the last goodbye, while in his country, as in Colombia and the United States Investigations are advancing to determine those responsible for what the Colombian Police determined to be an “assassination.”

This was announced in the last few hours by Guillermo Osorio, spokesman for the National Secretariat of Returnees of Paraguaywho reported that they are in constant information with the Colombian authorities so that the prosecutor’s remains are delivered quickly.

“We already have a funeral home that is going to do the service and the President Mario Abdo Benitez was made available to the National Secretariat for Returnees to help with logistics. Added to this is the logistics of the flight. The wife asked that it be as quickly as possible. As of this Friday we will have the exact date of the body repatriation”, he said in an interview with the Central News from Paraguay.

Likewise, Osorio assured that “The deadline for arrival is Sunday, but it can be Friday afternoon or Saturday. We still do not have an exact date because we are finalizing some issues and coordinating some procedures, in terms of documentation, legalization and the cargo airline, I am sorry to say, but they are issues that we have to finalize, ” he added.

On the other hand, the ambassador of that country in Colombia assured the press that they trust that the repatriation of their compatriots brutally murdered in Cartagena will take place as soon as possible. In addition, she also thanked the Colombian Executive for the work they have carried out for the procedure in question. “We are trying to advance the process, if God allows we will achieve it, it will be as soon as possible, the Colombian government is helping us for repatriation, the body is something very important, for now they are doing a necropsy. We estimate that it could be hopefully tomorrow early in the morning, we are analyzing the flight that can take it to Paraguay”, assured the diplomat.

It was also learned that the wife of the murdered Paraguayan official, the journalist Claudia Aguilera, is already accompanied by several of her relatives who arrived in Colombia in recent days to accompany her in the midst of the mourning, while the foreign ministries of both nations have willing to help her in this difficult moment. It should be remembered that Pecci’s spouse is pregnant and she was on her honeymoon with her husband on the island of Cartagena.

Meanwhile, the authorities of both countries are carrying out investigations. In the last few hours, hypotheses pointed to the terrorist organization Hezbollah, with the support of the Brazilian mafia, would have planned what the Colombian Police classified as an “assassination”.

According to what was reported by various media outlets in the country, the authorities of Paraguay, the United States and Colombia would have identified Kassed Mohamad Hijazi, Nader Mohamad Farhat and Mahmoud Ali Barakat as characters of interest as possible intellectual authors of the event that shocked the world and that occurred this Tuesday, May 10, on the Cartagena island of Barú.

Hezbollah and the Brazilian Capital Command could be behind the murder of Paraguayan prosecutor Marcelo Pecci
He is Amauri Chamorro, Daniel Quintero’s adviser who has worked with Nicolás Maduro and Rafael Correa