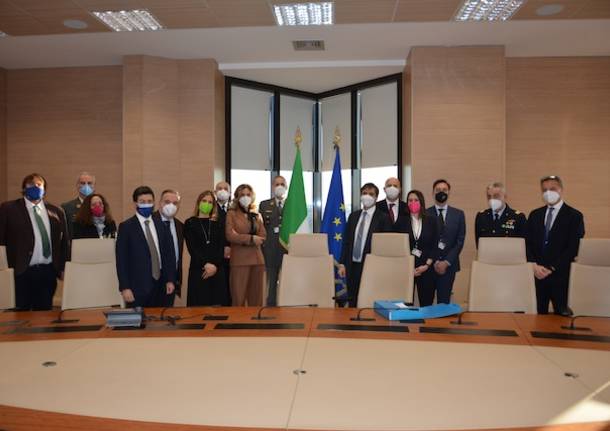 Leonardo will provide helicopters AW169M LUH (Light Utility Helicopter) to the Austrian Ministry of Defense for a total of 346 million euros. The acquisition contract was signed as part of the Italy-Austria government-to-government (G2G) agreement aimed at strengthening bilateral collaboration between the two countries and defining a strategic partnership in the helicopter field.

The program includes the delivery of 18 helicopters from the Leonardo plant in Vergiate, in the province of Varese, six in the “B” training version, twelve in the advanced multi-role “MA” version with the integration of related mission systems and weapon systems – as well as a complete and dedicated support and training package.

The helicopters will be capable of carrying out a wide range of missions in response to the requirements of the defense in Austria and the national community such as, among others, troop transport, combat, civil protection, response to major emergencies, firefighting, mountain rescue and medical rescue.

The first AW169M LUH it will be delivered before the end of the year and deliveries will be completed by 2026. The Agreement also includes options for more 18 helicopters. Austrian crews will benefit from initial training provided with the support of theItalian armyor, thanks to his experience as an operator of AW169M LUH, and the supply of dedicated training and simulation systems.

The signing of yesterday was achieved thanks to the preliminary document to the G2G agreement signed by the Minister of Defense Lorenzo Guerini with the Austrian colleague Klaudia Tanner last December 2nd. «Satisfied with a result that concretizes the passage to a new season of cooperation in the procurement sector – said Guerini – confirming the appreciation of Italian technology and products at an international level. The G2G is a very effective industrial policy tool, an intelligent formula to support exports in which we strongly believe ».