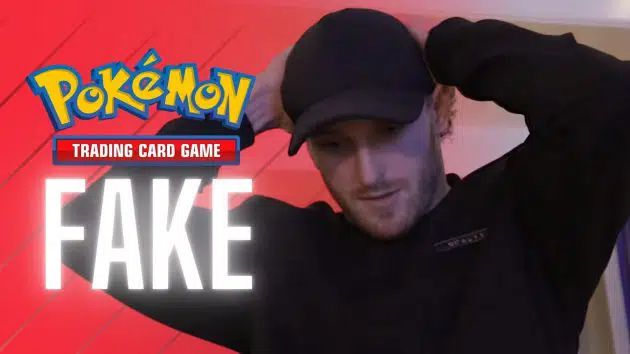 Earlier this year, Logan Paul spent $ 3.5 million on 11 packs of 1999 first edition Pokemon cards, perfectly sealed boxes for over twenty years. Shortly after its purchase, many began to have it doubts about the authenticity of the packages and cards, so much so that Logan thought he’d get to the bottom of the story.

Logan Paul has a rare Charizard Base Set card first print USA 1999 edition valued at over $ 500,000 and his idea was to buy more sealed packs with the hope of finding other Charizard cards of equal value to then resell on the collectors’ market, a real investment that involved the purchase of eleven packs of the basic set at a cost of 3.5 million dollars.

The bad news is that once he opened a package, Logan discovered its real contents: GI Joe collectible cards, not even the shadow of Pokemon cards inside the sealed boxes. The star is now trying to get his $ 3.5 million back and has turned to a law firm and insurance company to sue Baseball Card Exchange, the body that evaluated the pits. The latter claimed to have only done her job and to having evaluated the originality of the sealed packages but without ascertaining their content. For this the company will no longer evaluate Pokemon and Yu-Gi-Oh! sealed, it will also take further steps to provide clearer assessments in the future.