Lupillo Rivera could not remain silent after his brother Juan dedicated extensive paragraphs to him in a publication that he uploaded to his Instagram account, where, among other things, he stated that the singer had done him a lot of damage.

“I always wanted to have a relationship like that of close BROTHERS, but it was never possible. It would be our responsibilities, marriages, characters and/or differences. I don’t know, but that’s how it was. I don’t blame Lupe, I have also failed, but this is the truth of our relationship. I only know that in this life there is no person who has hurt, offended or hit me more than Lupe “, were some of the strong statements that Juan Rivera made about his estranged brother.

Lupillo chose to respond through the same platform to his younger brother. In the comments section he left his feelings.

“Don’t worry carnal… with GOD you will only do wonderfully… Being close to the family does not make you a better person and being away from the family does not make you a bad person either, they are the things of life. We all have our own family to protect, even from the same brother. GOD bless you and your family, and may GOD forgive us https://www.instagram.com/p/CYc0_BQpa03/ea everyone for our mistakes. Give it a try!” Lupillo wrote to him.

Netizens were quick to react to Lupillo’s response. “That’s why I admire you my Lupe, you NAILED it. That’s right, the two will do well as long as they go hand in hand with GOD”, “I love you Lupillo. Everyone gives and wants what he has in his heart and you are a clear example. Keep it up”, and “@lupilloriveraofficial that’s how they talk. You are a chingonada”, were some of the comments.

Who also responded to Juan Rivera’s words about Lupillo was his sister Rosie, who, like Juan, is distanced from “El toro del corrido”.

“Man, this (post) hurt and helped at the same time. The truth sets us free even when it hurts. I know you love him. Even now. Beneath all the emotions on both sides, I know there is love. Maybe that’s the hope I keep. Love. I know that you have given your all to this relationship and for that I admire and respect you. I will always love Lupe. Thank you for your courage to do this. I am glad that people can get to see your heart ”, was the comment left by the youngest of the Rivera brothers. 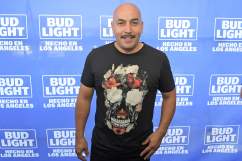 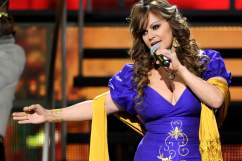 More Chiquis and the Riveras