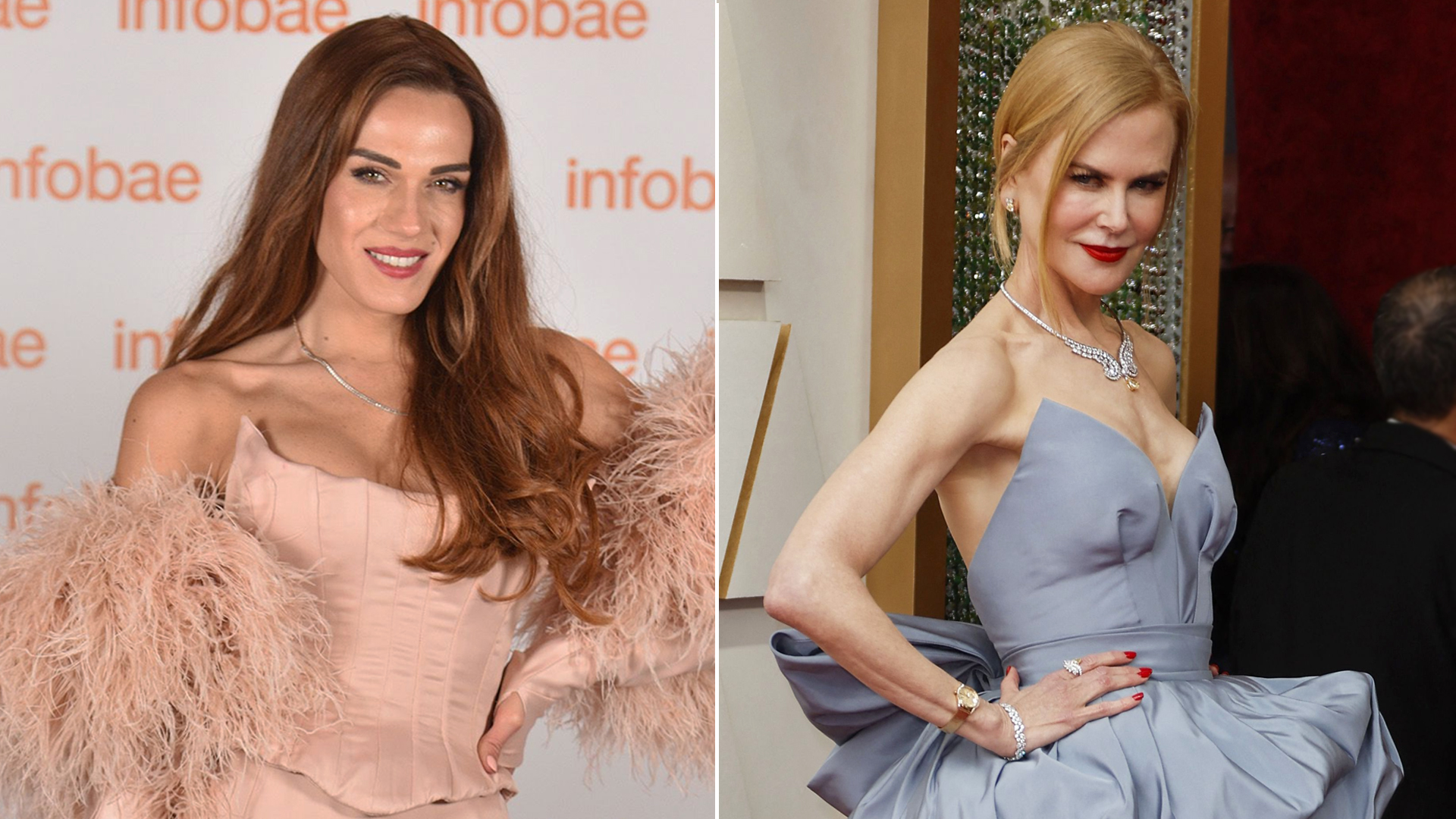 The actress lived for a few years in New York and during an Oscar ceremony she crossed paths with several Hollywood stars.

Mariana Genesio Pena lived for several in New York and in 2015 he attended the ceremony of the Oscar awards, as the partner of screenwriter Nicolas Giacobone. That night the Argentine writer won a statuette for the film Birdman in the category of best original screenplay. The actress, for her part, she enjoyed the evening surrounded by Hollywood stars and even dared to approach some of them and ask them for a photo to immortalize the unforgettable moment. In a radio interview He told how his meeting with Nicole Kidman was and also with one of the people he most admires in the world, Naomi Campbell.

In dialogue with Behind the scenes, the cycle that leads Daniel Gómez Rinaldi together with Mariana Brey in AM 540, confessed that he had several disappointments with the celebrities of the Hollywood universe. “When it was all over and the celebrities They started to get up to leave, I was desperate to take a picture with someone. I already knew and they had clarified to me 50 thousand times that it was strictly prohibited, but just when I saw Nicole Kidman standing alone, I said: ‘This is mine’”, he recounted.

“I approached her and said: ‘Nicole, excuse me, can I take a picture with you?'”, he narrated, and then revealed the reaction of the renowned actress. “He looked at me with a disgusted face, made me feel like garbage and told me no. I didn’t understand why she told me no, if I was standing there, alone, with nothing to do. She told me that she couldn’t because she was in a hurry and she had to go take care of her children.”, he assured. However, that night she was also surprised by Mick Jagger by asking her to dance, one of the anecdotes that she keeps about her like a treasure because at first she did not recognize him and then she knew who she was when he did the mythical chicken step. 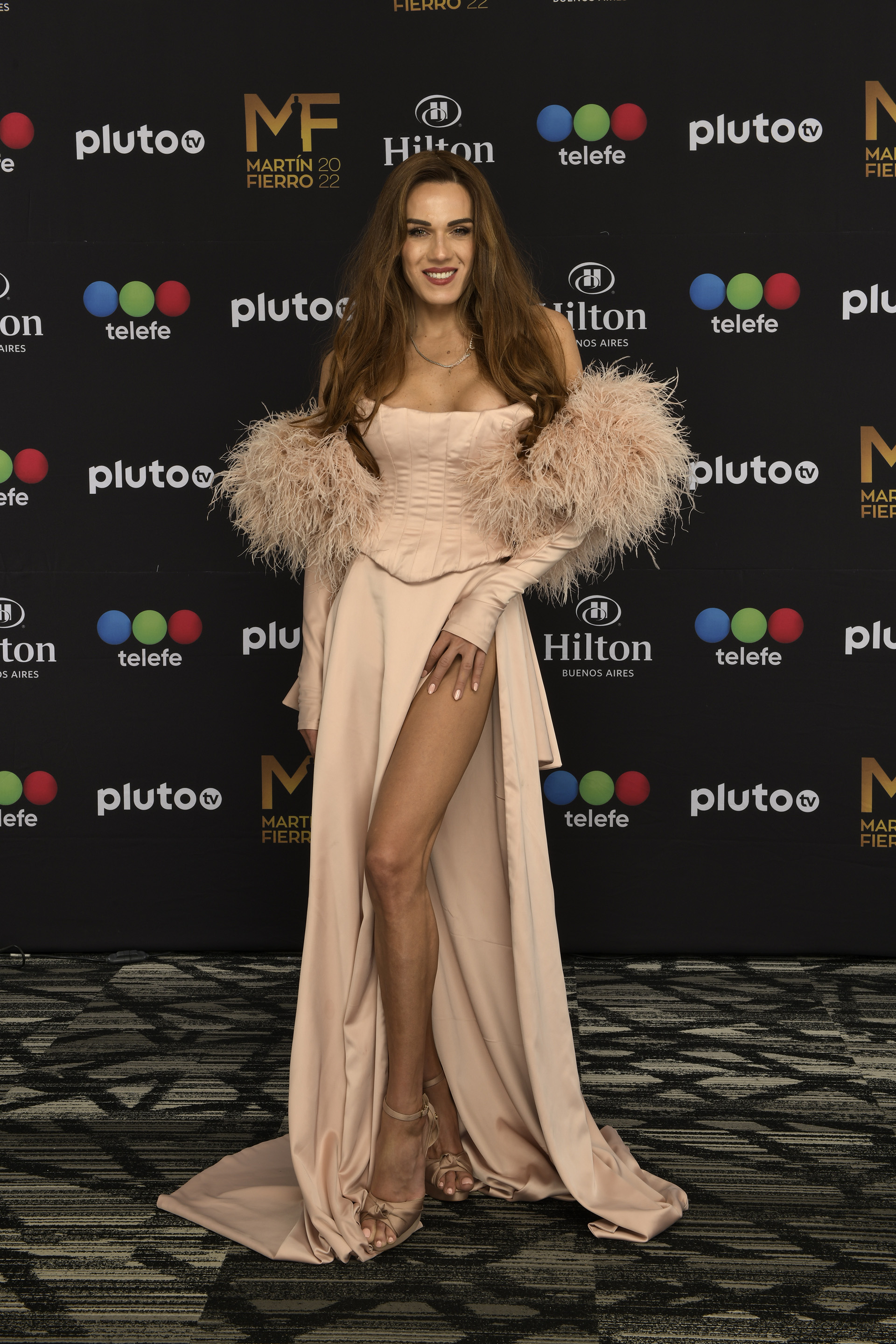 The look of Mariana Genesio Peña at the Martín Fierro 2022

During her stay in the Big Apple, there was another moment that left her in shock: the day she personally met her idol, supermodel Naomi Campbell. “I’m a big fan of Naomi, but I didn’t know how bad she is, she’s so bad! I was walking my dog ​​Larry through New York and before crossing the street, I saw her standing at the door of my building talking on the phone and smoking a cigarette,” he said. The situation took her by surprise and she decided to work up the courage to ask him for a selfie.

“I started to tremble when I saw her because I really love her and with my friends from Córdoba we have a group where we spend the whole time talking about Naomi and making up stories about her, because she has a reputation for being an abuser: that she hits the maid, that the maid He does I don’t know what,” he said in a humorous tone. “I couldn’t believe I was going to meet her, I went up to her and told her I was her number one fan.. ‘Please, I need to take a picture with you,’ I begged.. She also looked at me with a disgusted face, took a drag on the cigarette, blew smoke in my face, told me that she did not take photos and left, ”she confessed indignantly.

“I froze, my eyes sparkled, and tears of shame welled up in my eyes. As I felt sorry for him, he told me: ‘Well, come on, come’ and we took a picture, “he concluded, with an unexpected twist at the end of the story. Since his return to Argentina, Genesio Peña managed to stand out for his participation in The fringe 2and then for his leading role in small victoryand the sequel small victories.

The hilarious chat between Antonela Roccuzzo and Darío Barassi: “I was ashamed”
The millionaire sum that Nicole Neumann claims from Fabián Cubero: seizure request and list of debtors
Felipe Pettinato was transferred after the fire in his apartment: what would be his next steps

From shoeing Dalí to producing for Yves Saint Laurent: the Spanish Castañer espadrilles that Jill Biden has bought | Present