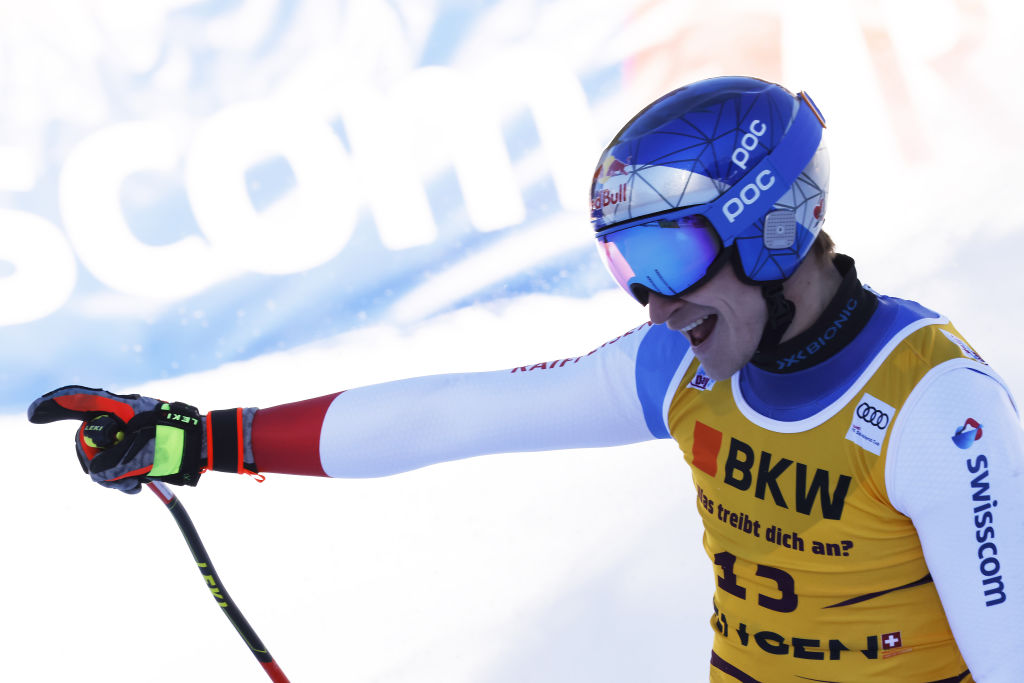 The startlist of the second descent of Wengen, scheduled for Saturday from 12.30: seven blues at the gate, Innerhofer has drawn 10 and will start immediately after today’s winner, who defends the red bib with Domme awaited for redemption.

Today’s was a very luxurious starter, but tomorrow’s race will be that of the real Lauberhorn, the longest World Cup descent on the circuit, with its 4 km and passes for two and a half minutes from … legs wood in the finish.

Sixth round of the season for men with the queen discipline and a truly beautiful battle for the specialty cup gets underway, with five champions enclosed in just over 40 points, from the new leader Aleksander Aamodt Kilde to the holder of the last four trophies, Beat Feuz , passing through Matthias Mayer, Dominik Paris (just 13 points behind the Norwegian) and Marco Odermatt, now a wonderful reality even downhill.

They will also be the favorites for the last speed challenge in the Bernese Oberland (on Sunday there will be the slalom), scheduled for Saturday starting at 12.30, with live TV on Eurosport 1 and Rai Sport.

We will start from the top, after today’s descent with a start just above the Hundschopf and which saw Kilde prevail over Odermatt and Feuz, the first to be able to choose the bib for tomorrow’s race as well. The three-time winner here in Wengen again opted for No. 3, with Matthias Mayer taking the lead instead of 1; at that point, Dominik Paris took home number 5 and the bis descent will be the real litmus test for the Italian champion, today 9th and disappointed.

Vincent Kriechmayr, controversy aside, does not seem to be able to have the level, even if he won here in 2019, to compete for the success with the other phenomena of the descent: bib n ° 7 for the world champion, while Kilde took the 9th and Odermatt on 11. Among the dominators of the first two races on the Lauberhorn (super-g at “Odi”, descent n ° 1 for “AAK”), we will see Christof Innerhofer who was drawn with the number 10: the 37-year-old from Gais did very well the two tests as well as the super-g (8th), while today it was perfect until the exit of the Kernen-S, before missing two key corners before the Hanneg-Schuss.

Race already decided after the first eleven? No, because with 12 we will have Daniel Hemetsberger, great 4th today and again in search of the first podium in CdM, but with 16 we will also see the last race of Carlo Janka’s career, who touched the top ten in the shortened descent and wants end his journey in the white circus with a great result. And Max Franz can do very well (bib 17, fifth today), but also Cochran-Siegle, Bennett and Hintermann, in series from 18 to 20.

Italjet will offer five more cards after the first two groups: Matteo Marsaglia, 22nd in race-1, will come out of the gate with 24th, Mattia Casse (17th today) with 26, while Buzzi with 33, still looking for first points of the season, Bosca with 42 and Zazzi with 48 will try to do better than the first descent.