For a product to reach pharmacies, it is mandatory to carry out various tests with it beforehand. When a substance that may have therapeutic use has been identified, it is first tested in cell cultures and animals, usually laboratory rats or mice. These first tests analyze its possible toxicity and whether it causes serious adverse effects, in addition to its expected therapeutic efficacy. Once it has been proven that it is not toxic, does not cause serious problems and has been shown to be effective in animal models, the final verification comes, it is tested in human beings. This last and crucial test is called a clinical trial.

Marcela González Gross, PhD in Pharmacy and director of the Department of Health and Human Performance at the Faculty of Physical Activity and Sports Sciences of the Polytechnic University of Madrid, also directs a research group specialized in conducting clinical trials. “We have acquired a certain fame both nationally and internationally,” explains González Gross. This specialist explains that, because of this fame, an Icelandic company contacted them because they wanted to do “a clinical trial with a nutritional supplement for overactive bladder syndrome.”

This trial, which the group led by González Gross began in 2020, aims to prove that a food supplement is effective against the symptoms of a syndrome that, according to its own director, “12% of the population suffers from.” Overactive bladder syndrome causes a sudden and frequent need to urinate that can be difficult to control and whose complications, according to information from the American Mayo Clinic, can be as serious as the appearance of emotional suffering or depression, anxiety, sleep disturbances or sexuality problems.

The researcher’s group’s clinical trial analyzes whether the supplement is effective in ending this problem in 200 volunteers. And I am one of them.

I entered the trial by chance. A researcher friend told me about him and told me that they were having trouble finding volunteers. And, since I met the requirements that the essay required, I signed up. Spanish and European laws require that participation in a clinical trial be voluntary and unpaid. Once the research group accepted me, the evidence arrived. Before starting them, I had to fill out seven forms. From the informed consent, in which I sign that I understand what it means to participate in the trial, to exhaustive inquiries about the frequency of my urination, my lifestyle and my diet.

After sending them all this information, the day of the beginning of my participation in the trial arrives. They make an appointment with me in the biochemistry laboratory of the Faculty of Physical Activity and Sports Sciences of the Polytechnic University of Madrid. Jaime López-Seoane, a graduate in Nutrition and Dietetics and a PhD student, awaits me there, whose thesis is going to focus precisely on this clinical trial. In the trial, he is responsible for contact with the people who volunteered.

When I arrive, the first thing they do is an analysis of my urine. Everything is fine, López-Seoane explains to me, especially the fundamentals: I don’t have any infection that would rule me out for the trial. Afterwards, he explains to me what my participation will consist of. I must do what is known as a voiding diary.

For three days, every time I urinate I will have to write down the time of urination, the degree of urgency I felt, if I leaked and the amount of urine. For this he gives me a measuring jug that will collect my urine each time. We both laugh at the jug and López-Seoane tells me that, once participation in the trial is over, some of the volunteers use the jug in the kitchen: “Totally”, he assures, “after having put it in the dishwasher… ” The truth is that it looks like a perfect jug for confectionery, but before that, it must contain my urine.

In the diary I also have to write down all the liquids I drink throughout the day and how much. It doesn’t seem complicated at all, just a bit cumbersome, especially when you’re out and about. “When you leave home you will have to take the jug with you,” they explain to me. The first thing I think about is what I plan to do for the next three days, nothing to complicate my life too much, and if I have a large bag to take her in when I go out.

After journaling for three days, I will start taking the supplement. Two capsules daily. We discussed whether it is better for you to take it in the morning or at night. Or one in the morning and one at night. We decided that we are going to start with the two capsules in the morning and we will see how things go. Once I have all the information, more tests arrive: he measures me and while he does so, he explains that almost all people measure less than they think.

I laugh, but when he tells me the result, much less than I thought he measured, I laugh less. It weighs me on a special scale that I have to get on barefoot and that, in addition to registering my weight (I don’t laugh at this either), analyzes my body composition, that is, the amount and distribution of fat and muscle. They also measure my waist and hips.

And then come the tests of my physical condition. First one of balance, I have to sit down and get up quickly putting my feet exactly on some insoles and with my hands on the shoulders. I don’t think I’m going to be able to do it, but, to my surprise —not to López-Seoane’s—, I do it very well. And the last one, a strength test in which I have to squeeze a device with each of my hands and as hard as I can. During the seconds that the test lasts, he encourages me: “Come on, push, push, push…”. I don’t know if it was because of his encouragement, but he tells me that I have done very well. And that contrary to what usually happens, my final scores are better than the first ones. Wow, I think, it seems that I am finally learning to thrive in adversity…

The tests of the state of my muscles, and that of all the participants in the trial, are related to the overactive bladder syndrome itself. It is an idiopathic disease, which means that its causes are unknown. So I think that in the trial they should also want to check if there is a relationship between poor muscle tone, which to my surprise I don’t seem to have, and the appearance of the syndrome.

All the tests are over. López-Seoane gives me the bottle with the capsules that I will have to start taking in three days. It is a metal can with a label on which the number that identifies me in the essay appears, since this is totally anonymous; the file and serial numbers of the product; the manufacturer’s name and a warning: “For clinical trial purposes only.”

What I do not know, nor does the person in charge of my trial, is whether or not the capsules that my bottle contains are from the supplement that is going to be tested. Because the trial I’m participating in is randomized and double-blind. According to a previous clinical trial done in Iceland, it seems to have beneficial effects for people suffering from overactive bladder syndrome.

In a clinical trial, half of the volunteers receive the substance whose efficacy is to be verified and the other half receive a placebo, another harmless substance with no effects. The appearance is accurate, but the content is not. This is necessary to be able to compare at the end of the trial if those who received the substance under test had benefits over those who received the placebo.

Because the trial I’m in is double-blind, neither the researchers nor the volunteers know if it’s the supplement or the placebo that’s in the bottle. These are the most rigorous clinical trials, because in this way biases that could alter the results are avoided. In addition, this is random, which means that the choice of volunteers who will receive the placebo is also random.

In six weeks, which is the time during which I must take the capsules, I will have the second appointment, again in the Biochemistry Laboratory of the Faculty of Physical Activity and Sports Sciences of the Polytechnic University of Madrid. Then, Jaime will repeat all the tests that they did in the first one. “It is essential to do this repetition under the same conditions so that the results obtained with the substance we are testing can be attributed, without a doubt, to the product itself,” explains López-Seoane. So I’m going to step on the scale and Jaime will re-measure my height (I hope I haven’t shrunk any more), my strength, and my balance. I will fill out fluid intake and lifestyle forms and I will have to make a new voiding diary during the three days prior to the appointment. That day my participation in the trial will end. I will also know then if what I have been taking has been the product that is being tested. In a few weeks I will tell you right here if I have been lucky and I have not received the placebo. 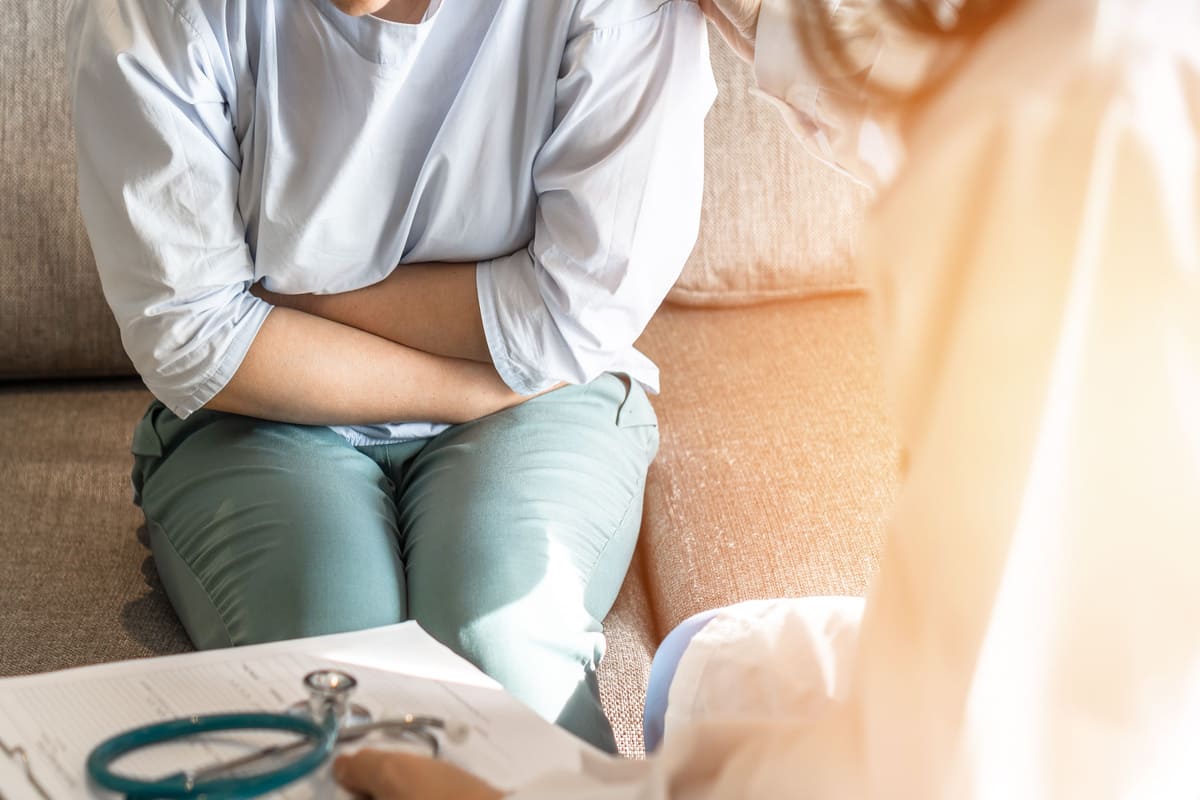 The rearrangement that is coming in the hospital industry 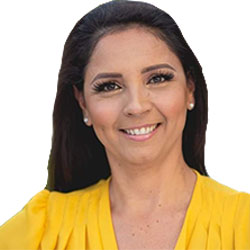 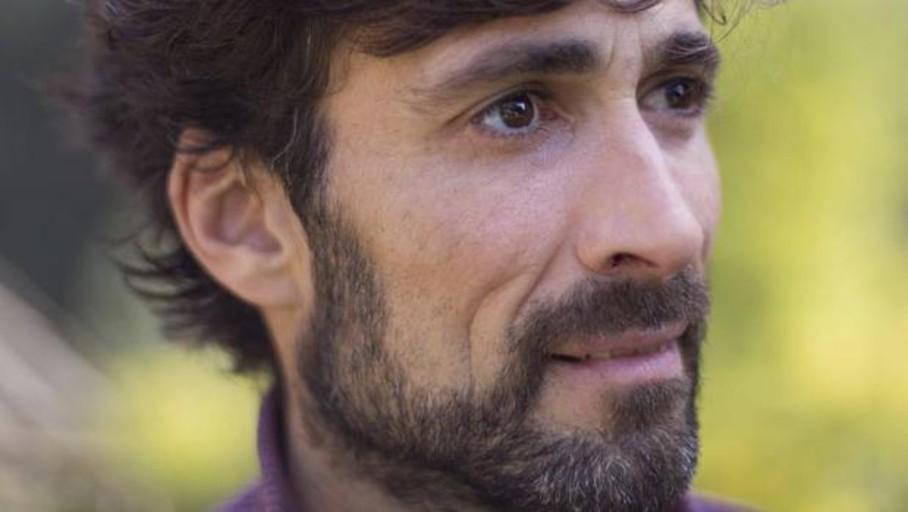