Every year, the magazine’s global survey ACSM Health & Fitness Journal decides the trends that will dominate the industry fitness and well-being in the next 12 months. More than 3,700 experts place their bets in a ranking which functions as an oracle by which many gyms in the world are governed. This is the prophecy for 2023.

There is a slow but definitive change in the way we integrate exercise into our lives. There is growing evidence that breaking up an exercise routine into short bursts or nano-workouts is as effective as an hour in the gym, and may have even more benefits than pushing yourself through longer routines. Shorter habits are easier to fit into busy schedules, and allow you to take advantage of the minutes of downtime that appear throughout the day.

Many experts believe that nanotraining (in English they are defined by the term movement snacks) will change the focus of fitness, associating it more with flexibility and convenience than with pressure and obligation. For once the agenda of the day will not be restructured based on the gym, but the exercise will be fragmented to fit into our lives.

Nano workouts are inspired by the concept of high intensity interval training, only with longer breaks. The exercise periods are still short, but they are distributed throughout the day, in sessions separated by between one and four hours. Recent studies have been devoted to determining its effectiveness, and they conclude that its benefits are comparable to traditional workout routines. fitness.

A Canadian study asked participants to run up three flights of stairs at three different times of the day, an activity that lasted about 20 seconds each time. At six weeks the participants had increased their aerobic activity by 5%.

Another study from the University of Texas showed that four seconds of intense exercise intervals, repeated to complete the minute of effort, was sufficient to improve the strength and general fitness of older and middle-aged adults. In other works it has been proven that these express trainings improve the quality of sleep, learning capacity and longevity.

A nano workout routine might include a stretch and brisk walk at the start of the day, another at lunchtime, and a mid-day stop for 30-60 seconds of planks, push-ups, jumping jacks, squats, or crunches. .

We will be more and more ‘flexiterian’

Flexibility will be the buzzword in 2023. Flexibility in muscles, joints… and convictions. Until now, the world of nutrition had been a polarized territory where proselytism and moral superiority abounded. But in 2023 there will be fewer and fewer militant carnivores and enlightened vegetarians. Instead, nutrition will be more balanced and sensible, with diets rich in fruits and foods of vegetable origin, but that do not completely renounce animal protein: meat or fish, eggs, cheese or yogurt.

The term flexitarian It was coined in 1990 by chef Helga Morath who used it to define the menu of her restaurant Acorn Café, in Austin (Texas), based on vegetables, legumes, cereals and fruits, but where meat or fish dishes occasionally appeared.

For the first time in 2022, searches for the category “carnivore diet” on Google surpassed those for “vegetarian diet”. Searches related to “complete proteins” and “quality proteins” also increased. US organic supermarket chain Thrive Market reports a move toward eating styles flexitarians. 34% of its audience defines itself as omnivore and 31% as vegetarian.

The success and good credit of protein powders will continue in 2023. Perhaps the novelty is in a better control of the doses to consume them in a sustainable and healthier way.

Until not long ago, the world of extra doses of protein was focused on promoting muscle hypertrophy, and its consumption was associated with lovers of the weight room in gyms or fans of bodybuilding. In 2023, protein consumption will be more universal and less segregated, and its objective will be aimed at maintaining the good function of the organism rather than achieving a certain image or muscle volume.

The convenience of adding extra doses of protein is a constant source of controversy. For most nutritionists this is just a commercial claim, but proponents of this trend point out that building muscle mass, a process in which protein is involved, is an increasingly reliable predictor of longevity and good health. . In addition, they defend that it is a macronutrient with great satiating capacity that prevents binge eating on impulse and improves diet control. It is credited with benefits for metabolic function, musculoskeletal health, and hormonal balance.

The World Health Organization has established that the recommended daily protein intake for a healthy adult is 0.8 grams per kilogram of body weight. It is a figure that is also endorsed by the Spanish Nutrition Foundation (FEN), which also points out that in Spain 30% of the population could be exceeding the recommended limits, according to the study. Distribution of macronutrients and food sources in the Spanish population: results obtained from the scientific study Anibes, which analyzed the eating habits of 2,009 individuals between the ages of 9 and 75.

The body mass index loses prestige as an indicator of health

The body mass index (BMI) is defined as the relationship between the individual’s weight (expressed in kilograms) and their height squared (expressed in meters). Your result classifies people into one of four categories: underweight (BMI less than 18.5), normal weight (18.5 to 24.9), overweight (25.0 to 29.9), or obese (30 or more). This mathematical formula is a rough measure of health in large populations, but it is insufficient to express the complexity of metabolism and its biochemical processes. For this reason, one of the trends that is expected for 2023 is the decline of the BMI as an absolute metric of metabolic health.

A 2016 study of more than 40,000 adults in the United States compared their BMI to more specific measures of their health, such as insulin resistance, markers of inflammation, and levels of blood pressure, triglycerides, cholesterol, and glucose. Nearly half of those who were classified as overweight and about a quarter of those who were obese were metabolically healthy, by these measures. However, 31% of those with a normal body mass index were not.

When we say that someone is very lucky because their metabolism is very fast, we usually refer to people who seem to burn calories very quickly. There are two metrics that can measure this capacity: the Basal Metabolic Rate (BMR), which is the number of calories expended in the daily functioning of the body, and the Resting Metabolic Rate (RMR). in English) that measures the number of calories that our body consumes at rest.

The more modern view is that we are “metabolically malleable.” This means that our metabolism is not a destination and that we could act on it with personalized therapies that improve its functioning and defy the effects of aging. Personalized metabolic health will be talked about a lot in 2023.

Muscle, the new metric of longevity

The trends of fitness By 2023, they warn that we will begin to give muscles the entity of organs and consider their role as a predictor of a person’s life expectancy.

Several studies have shown that muscular strength is key to health, and much more essential to the duration of life than previously considered. This systematic review published in 2022 in the journal British Journal of Sports Medicine maintains that activities that develop muscle strength could reduce the risk of mortality by 10% to 17%. These findings consolidate muscle measurement metrics and a new culture of strength training as a way to extend life.

From the age of 30, for every decade of life, between 3% and 8% of muscle mass is lost. Poor muscle mass is associated with the risk of cognitive decline, greater insulin resistance, and the presence of inflammatory markers. It also increases the risk of bone fractures with all the associated complications. The trend for 2023 is to consider muscle strength as the new organ of longevity. The Achilles heel of this trend is that there are still no reliable methods for measuring muscle mass. In the absence of an adequate tool, the recommendation is to increase strength training at all ages.

In 2023 we will stop counting the 10,000 steps that the WHO mandates and we will focus on moving, on spending more hours off the sofa or office chair. Forbidden to run to catch an empty seat on the subway or bus, it is much healthier to continue listening to the podcast or reading the book standing up and, if possible, with the abdomen contracted and the back straight.

The true marker of health (or lack thereof) will be inactivity rate and couch hours. Sitting is the new smoking, says a campaign in the United States. In 2023 the trend will be to increase movement and heart rate during daily activities, placing the same value on high-intensity interval training as on a brisk walk in a park. The underlying philosophy is that the best exercise is the one that is done.

A study presented in 2022 at the European Society of Cardiology Congress showed that a 10-minute daily walk (or an hour a week) was associated with increased longevity in people aged 85 and over. Specifically, it was shown in 7,047 adults aged 85 and over that those who walked for at least one hour a week had a lower risk of cardiovascular events. In another 2022 study of 400,000 British adults, those who did a 10-minute brisk walk daily had the longest telomeres and appeared to be up to 16 years younger.

Climbing stairs, avoiding elevators and escalators makes the brain look up to three years younger, according to another work. Climbing stairs is even more effective at raising energy levels than a low dose of caffeine, they say here.

Minimizing hours of inactivity is the message behind emerging research on the power of micromovements. Although it is well documented that regular exercise is crucial for longevity, in 2023 instead of prioritizing daily step counts or weekly hours in the gym, the goal will be simpler: reduce the hours we spend sitting to a minimum. 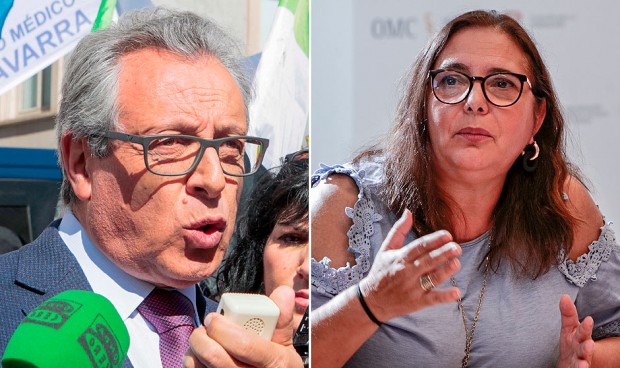 Two routes for medical transfer to specialties in deficit 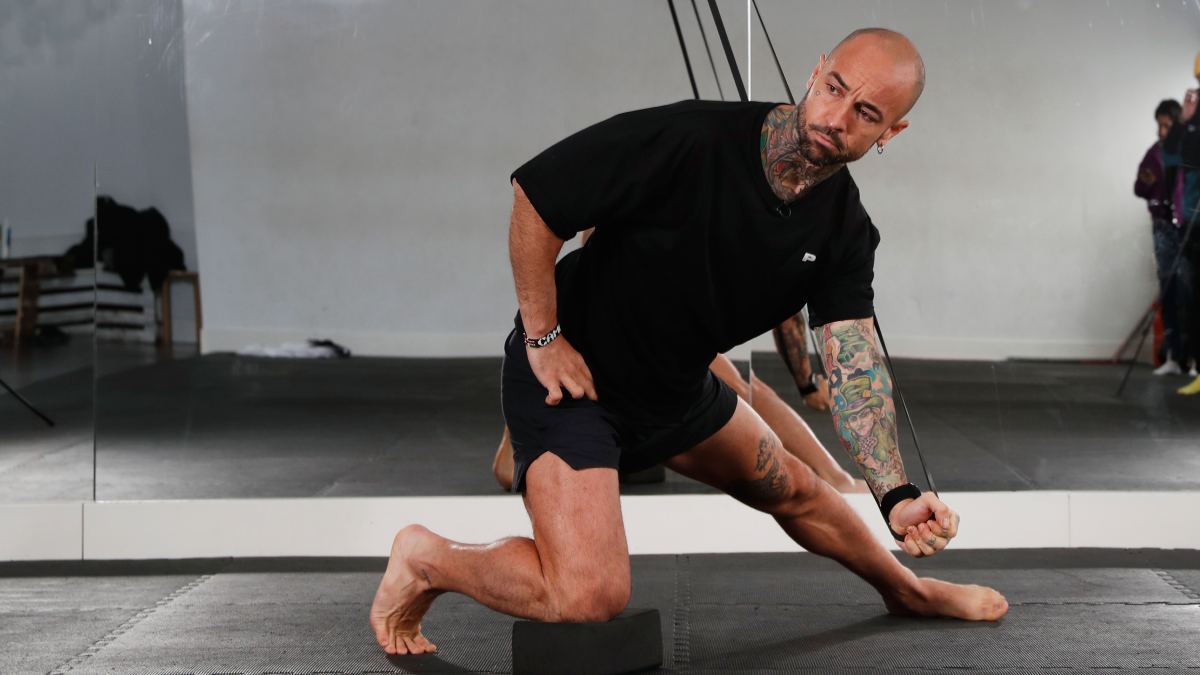 Exercise to prevent knee and lower back injuries 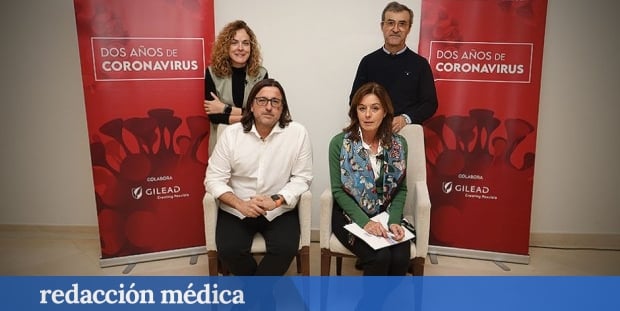 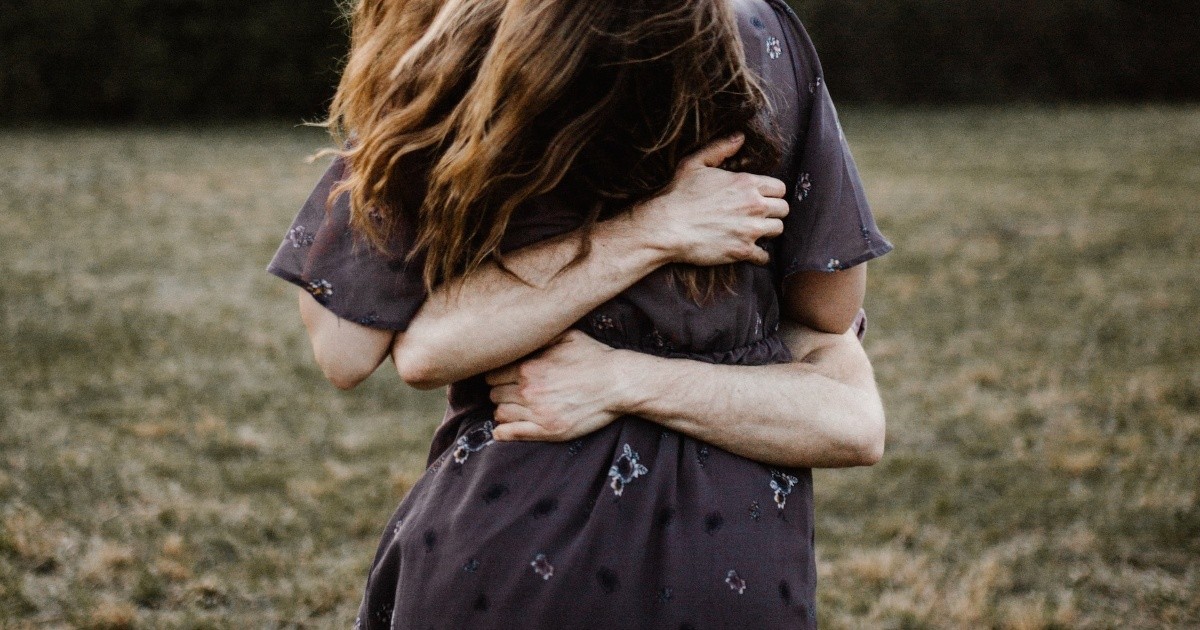