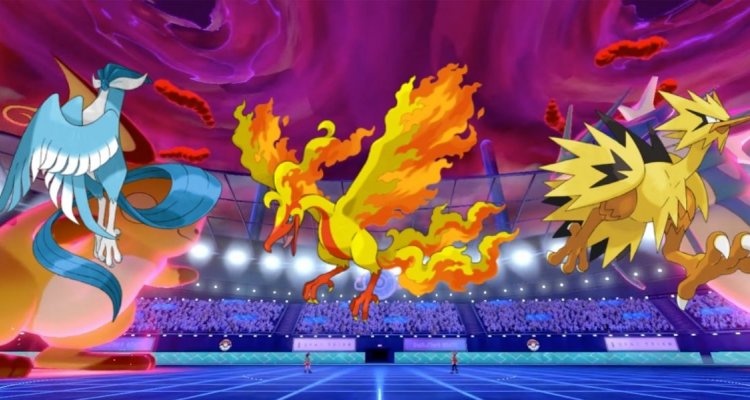 The Pokémon Sword and Shield International Online Challenges of February, March and April will allow us to gain access to Articuno, Zapdos and Moltres in the chromatic version of Galar. As you can see from the image above, the three Pokémon were created with the same colors as the original versions of the Kanto region (Generation I).

Precisely, the three Legendary Pokémon can be obtained in the following dates within the Pokémon Sword and Shield through the online International Challenges:

The three Pokémon will be given to all players who take part in the matches of the online International Challenges. These chromatic versions, as mentioned, are made on the basis of the colors of Articuno, Zapdos and Moltres of the first generation. Below you can see the non-chromatic versions of the three creatures in the Galar version.

Tell us, what do you think of these chromatic versions? You like them? Or do you prefer the more modern ones? If you are a fan of the old games of the series, you may also be interested in this demake that imagines Sword and Shield with the graphics of Pokémon Gold / Silver / Crystal.