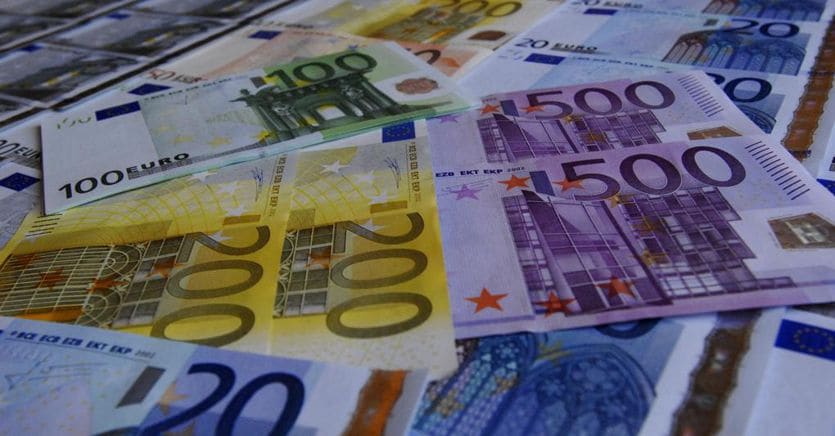 The end of the moratoriums and the scarce availability of effective tools to support companies that fail to resume payments carry with them a potential risk for the state coffers of at least 10 billion. The liquidity task force released on Thursday the data relating to the suspensions crystallized at 31 December, when the deadline for making use of the moratoriums backed by public guarantee expired. It emerged that suspensions still existed against companies for 36 billion euros, of which 32 billion guaranteed based on the forecasts of the Cura Italia decree of 2020 against approximately 400,000 requests.

Suspensions in place for 36 billion

The figure is significant and is greater than the 25 billion in loans to businesses that could have had difficulties with the resumption of payments reported at the beginning of December by Emanuele Orsini, vice president of Confindustria with responsibility for taxation and credit. In reality Orsini had indicated a range of 25-30 billion, but the widespread numbers go further. It is not yet known what portion of these 36 billion will actually be able to start repaying the installments starting from the end of January. The estimate of the potential impact for the state coffers derives from the fact that the so-called “subsidiary” guarantees on the moratoriums granted by the fund for SMEs managed by Mcc cover 33% of the value of the loan. But the percentage varies according to the type of suspension: if a credit that had no previous guarantee of the fund was brought into the moratorium, the public coverage is equal to 33 percent.

At the beginning of January, the fund for SMEs calculated that it had worked on suspensions of this type for 27 billion against a coverage of 8.7 billion. If, on the other hand, the loans already benefited from a guarantee, which may be prior to 2020 or be part of the public guarantees launched with the Liquidity decree in 2020, the moratorium coverage is equal to those granted to the loan: therefore, in the case of guaranteed loans for Covid, it is equal to 80 percent. The fund worked on suspensions of this type for approximately 36 billion. How many suspensions covered at 33% and how many at 80% fall within the 36 billion suspensions still in place at the end of December reported by the Task Force at the moment it is not known: it will certainly be somewhere in between and the estimate of 10 billion may turn out to be reductive. It is also true, however, that in order to effectively impact the public accounts, the non-payment of the loans must go through the enforcement of the guarantee by the bank, a process that can take up to 18 months. The hope, of course, is that it is not necessary to reach this epilogue and that in order to support companies with greater difficulty, instruments for renegotiations are launched, such as the Sace guarantee at market conditions (for which the Ministry of the Economy has already prepared the implementation decree) or that it is possible to initiate a new extension of the moratoriums.

Since last year, extensions if interest is paid

In the meantime, there are other aspects to consider with respect to these suspensions. As of 2021, the extension of the suspensions was allowed, but on condition that the interest rate began to be repaid. A ploy identified to avoid that, according to the rules of the European Banking Authority (EBA), the credit should be reclassified as impaired. The reality is that at the moment it is not known how many companies, while remaining on the moratorium, have actually paid the interest installments. It is quite probable that there is a significant share that has not done so and that, therefore, the banks have already had to proceed with the reclassification of loans. A first glimpse of this new share of NPLs could emerge from the approval of the annual financial statements of the credit institutions, which should arrive from the boards of directors in recent weeks.

Companies awaiting changes to the rules

The attention of the banking and business world in these hours is focused on the legislative instruments that the government or Parliament could use to introduce the desired changes to the Budget law in order to be able to support businesses in this phase of recovery of the pandemic. The Milleproroghe vehicle could prove to be ineffective because, according to many parliamentarians, it cannot provide for a new financial coverage necessary to extend the moratoriums and loan guarantees. The new Sostegni decree seems to be more likely, provided, however, that additional resources are found with respect to those that will be necessary to launch the refreshment points for the most affected sectors, such as tourism, discos and transport. In any case, it is likely that some indication of the government’s intentions will begin to emerge in the next few days.