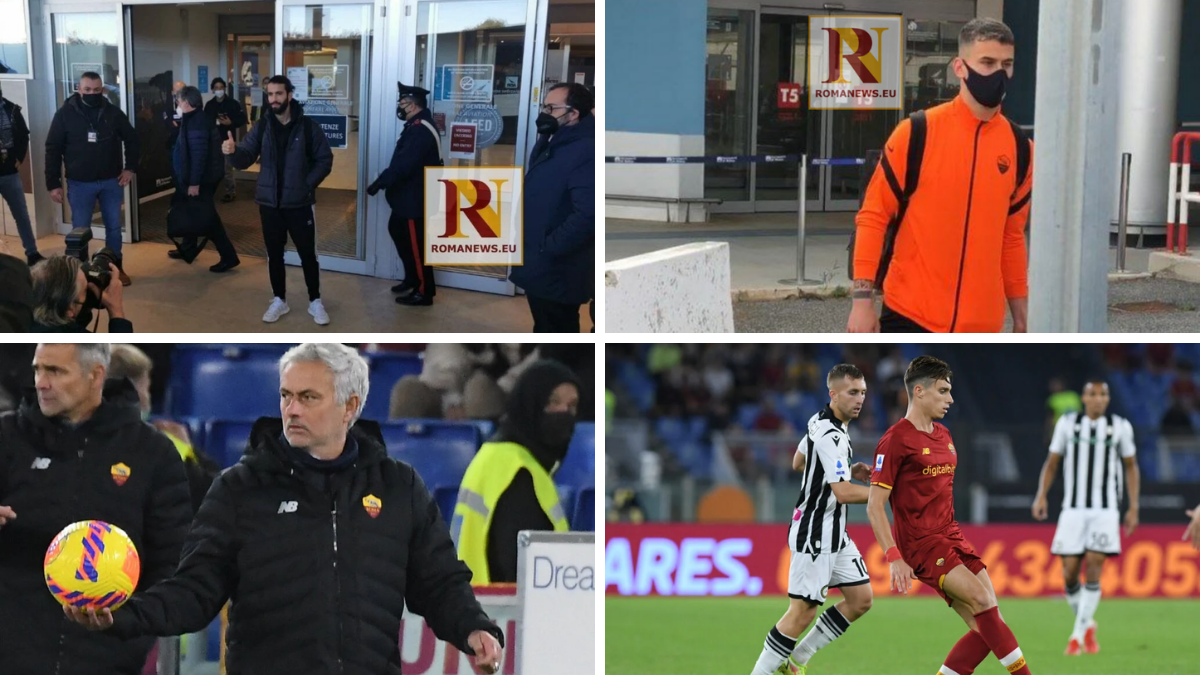 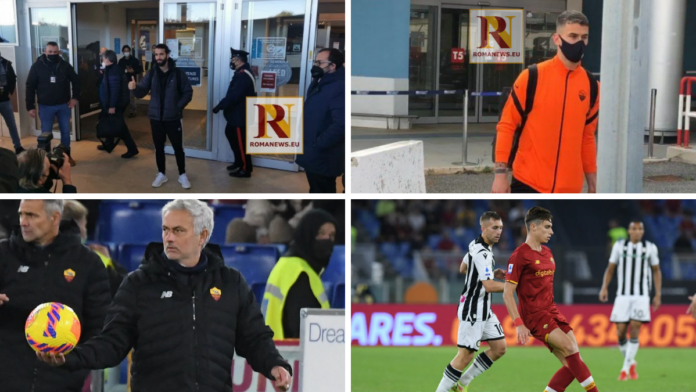 NEWS OF THE DAY – All the news of the Giallorossi day collected for you in a single article: good reading!

After Maitland-Niles, today it was the turn of Sergio Oliveira to show up at the press conference. The Portuguese midfielder, who arrives on loan from Port, has very clear ideas about the contribution he can make to the team of Mourinho: “I arrive at a mature age where I feel the responsibility to help Roma. I want to do my best to help the club on and off the pitch. Roma have great players, I feel one more with the task of helping and all together growing to achieve the goals that this club deserves “. On set pieces, of which he is a great specialist, Mourinho will decide: “Yes, it is true football often set pieces, but this decision is up to the coach. Roma have players of great quality, like Veretout and Pellegrini, then everyone can make mistakes. Taking the ball and taking a penalty is a great responsibility ”. The transfer formula is not a problem, Oliveira’s goal is to prove that he has what it takes to stay in the capital: “I’m a footballer who likes challenges. I am very grateful to Porto for making me reach this level and growing a lot. After 5 years together I wanted a new experience and challenge, so I’m not afraid to come to Rome on loan. I’m here to prove my worth to be able to stay here longer, the best way is to prove it by winning games “.

Pinto empties Trigoria: official Calafiori at Genoa, Diawara and Kumbulla on the market

Two purchases have arrived and maybe that’s not all for this January market. For the arrival of other reinforcements, however, it is first necessary to raise money and sell other players who are not part of the technical project of José Mourinho. Today the sale on dry loan to the Genoa from Calafiori, but there are other footballers who Tiago Pinto has put up for sale. Among these there is also Diawara, coming out last summer and on which there is the interest of Valencia, and Marash Kumbulla. In case of new sales it is also possible to reopen to new arrivals. There is always the option Kamara for the midfield while the arrival of Esteves from Port B as right winger. In June, however, there will be the hottest phase for the Giallorossi revolution with some names like Senesi, Xhaka and Freuler circled in red.

Meanwhile Borja Mayoral, as well as Villar moved on loan to Getafe, greeted the fans with a nice message on Instagram: “Rome! It was a real pleasure to be here, to live here and to play in this shirt. Thank you for this year and a half full of emotions. I am sorry to have scored so many goals last season and not having been able to experience those emotions with all of you present at the stadium, because the best part of this club is you. The last few months, as you can well imagine, have not been easy for me, but I am left with all the beauty and the good that I have experienced. In this year and a half I have learned a lot and have grown up in a league like Serie A. To be honest I never imagined it would end like this, but I leave with the knowledge that I have given everything and been in the height of this great club. Hello Rome, Hello Romanists ”.

Spinazzola’s return is approaching: the situation

It will take a few more days than expected but the countdown of Leonardo Spinazzola he left and launched towards the final goal. According to La Gazzetta dello Sport, in the next few days there will be a consultation with the professor Now it goes who operated it to get the final ok. If the luminary says yes, the number 37 will finally be able to return to play almost seven months after the injury. The outside can’t wait to get back in as well as Mourinho to coach him as he regards him as one of the men on whom to build the whole team. His return is comparable to that of a new purchase in addition to those of Maitland-Niles And Oliveira. To see him on the field, however, we will have to wait at least another 15 days.

The Giallorossi transfer market, with Stefano Agresti on Radio Radio Mattino: “In my opinion, a new arrival in Rome cannot be ruled out. Two players chosen by Mourinho have already arrived but the club is ready to evaluate the opportunities available on the market. Convincing Diawara to leave the capital is a titanic undertaking even though I think he will never play again. I would be amazed if another midfielder would arrive at least if it is not a young man like Kamara. “, And there are those who have focused on the Mourinho perspective, Xavier Jacobelli on Radio Radio Mattino: “Roma’s signal in the transfer market is very clear. Friedkin and Mourinho travel in the same harmony. This is also important because the results are currently not optimal. Let’s see what happens with Kamara that Roma still want to close even if Marseille is not willing to let him leave for free. The two new arrivals confirm how much Mou is in the saddle. Hers is a three-year program. “