The new PUMA crampons, namely the Future 1.4 notably worn by Neymar Jr, have just been unveiled this Thursday by the German equipment manufacturer.

Always faster. Always with a view to improving the performance of its users on the green rectangle, particularly in terms of speed, PUMA launched this Thursday the new Future 1.4 of its Fastest Pack, “fastest edition” of this silo, according to the statements of the German equipment supplier. A pair of crampons notably sported by Neymar Jr (PSG), James Maddison (Leicester) or even Ingrid Engen (FC Barcelona), this new model exists in two versions, unisex and female.

These football boots, already worn by the Brazilian star during the Parisian victory in a preparation match in Japan against Kawasaki Frontale (2-1) this Wednesday, consist of an electric blue on the front part of the foot, but also a much darker blue as well as black, and especially fluorescent yellow that can almost be confused with green. 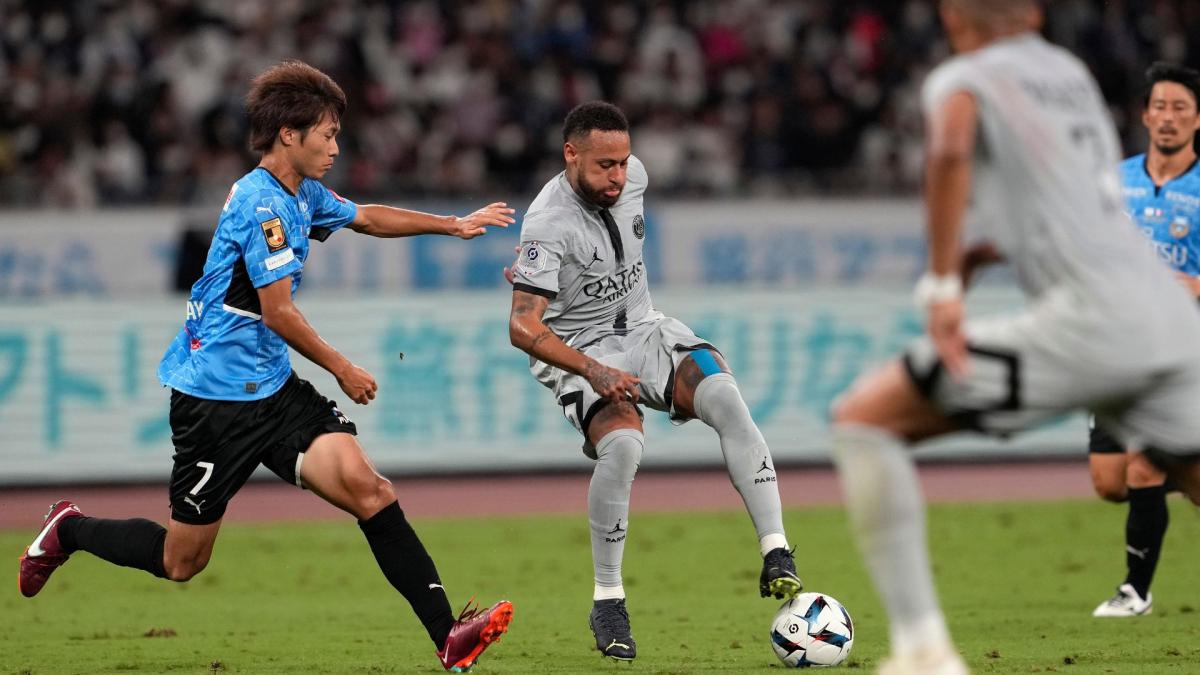 The fluo, precisely, holds its importance, since it is present en masse on this new Future. Both in the form of small patterns spread over a good half of the shoe, including the laces on the upper part, as well as on the PUMA logo or even at the level of the sole, on the underside, where the studs form a harmonious design. very attractive yellow and black.

In addition to presenting a fresh and mysterious look at the same time, this Future 1.4 is more adaptable and comfortable. The second generation FUZIONFIT+ technology developed by PUMA actually adapts to the shape of the foot and thus offers unparalleled balance, combining support and flexibility. All for ever more qualitative performance, whether with or without laces, an aspect on which the German firm insists for the occasion. 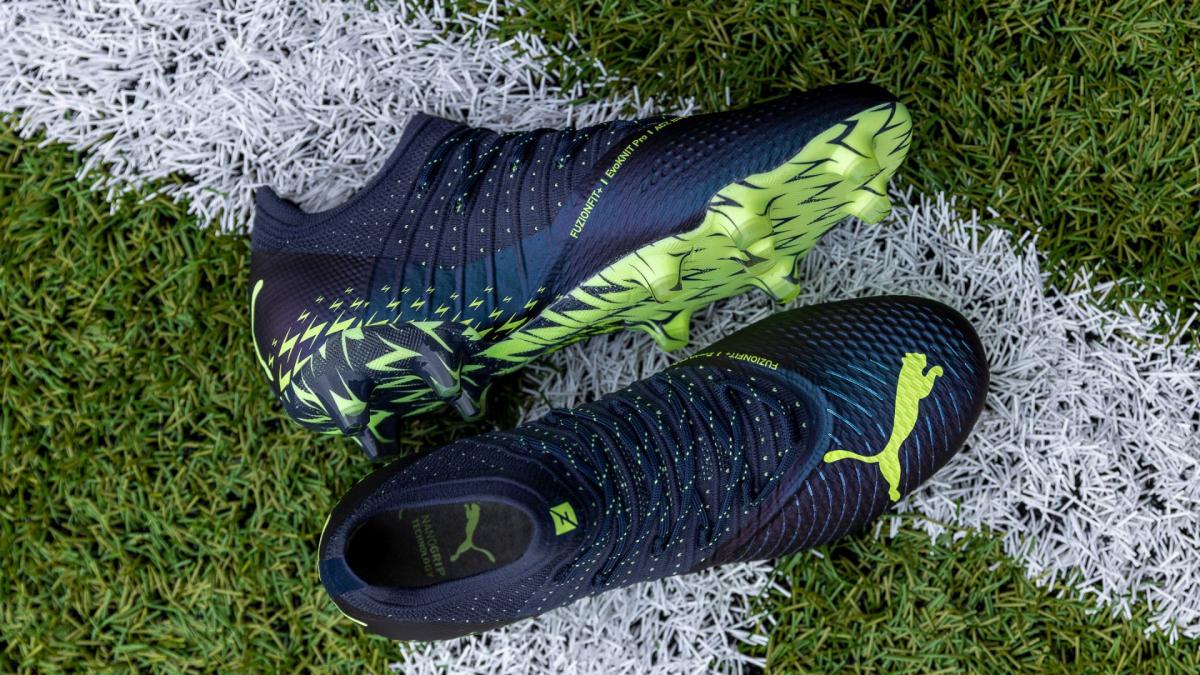 The presence of a lightweight Nano Grip sockliner insole minimizes it “the sliding of the foot inside the shoe, which helps maintain power transfer for explosive multi-directional movements”as PUMA explains in its press release.

“FUZIONFIT+ mesh uses a specific blend of polyester and spandex yarns, along with special technical yarns to create the perfect balance of compression, comfort and durability, for a second-skin feel”continues the feline brand. 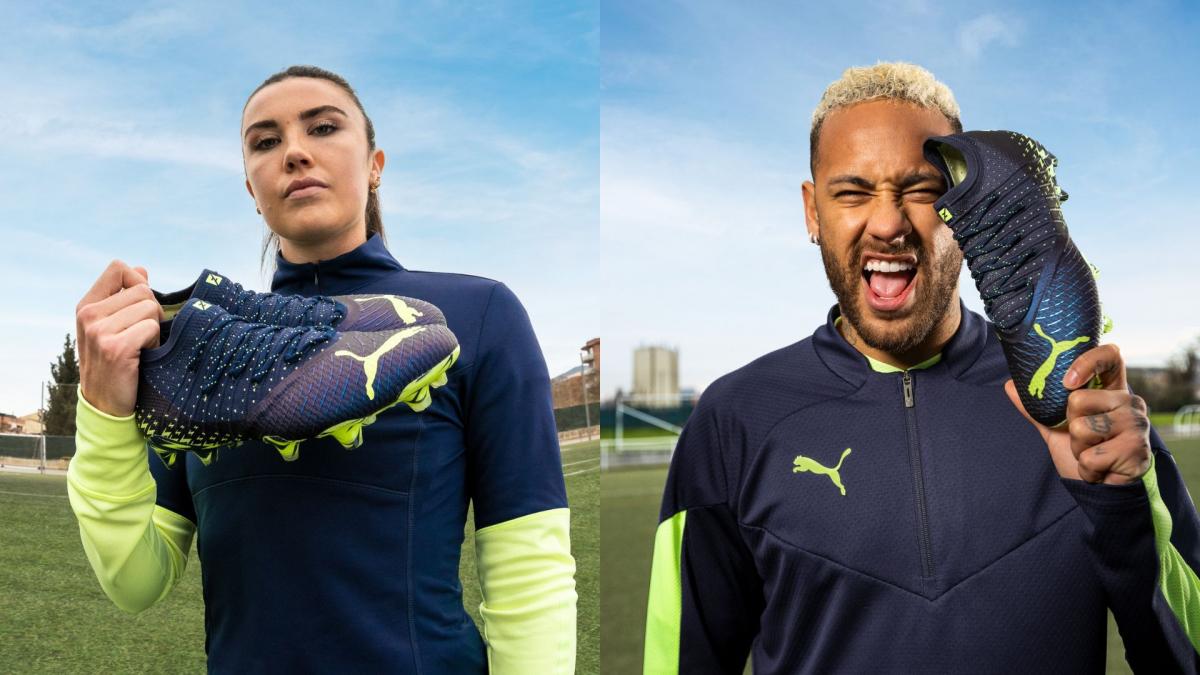 It should also be noted that this new pair is equipped with Advanced Creator Zones, which improve the grip of the ball and offer greater flexibility in the forefoot. On this same part, the mesh material makes the layer between the foot and the leather thinner, which de facto increases the sensitivity with each touch of the ball.

As on the previous model of this silo, the Dynamic Motion System outsole remains in place, providing optimal traction. The PEBA system (one of the lightest and strongest materials in the world, notably a component of bulletproof vests) reduces the weight of the shoe and “provides a solid foundation to generate devastating acceleration and movement in all directions. » 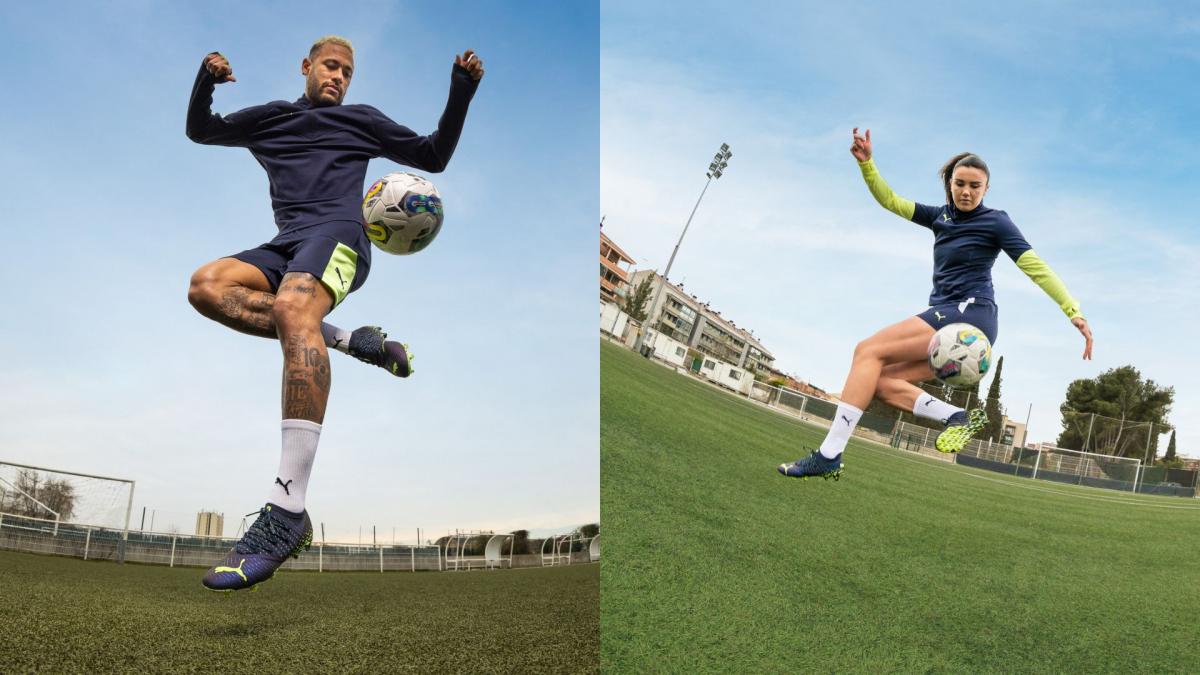 This new Future is already available on FOOT.FR! Take advantage of a 10% discount as well as free express delivery thanks to the code ELITEVIP!