Generating a change in habits always implies the lifting of certain resistances, whether conscious or unconscious. It is known that the mere desire to carry out a change is not enough to initiate it, much less to sustain it. Unfortunately, the slow pace of transformation also makes it all too easy to allow bad habits to return. This is where it stands out that the first resource that can favor this process is motivation. If this is not well identified, it is difficult to be consistent and overcome the difficulties that it entails. By graduates in Psychology Mailén Barreto, Mariela Garabello, and Melody Varisco.

The recent holidays were a hurdle for many. Some were able to get around them with a more assertive response than others. Therefore, beginning to reinforce this pillar is essential. How to achieve it? Understanding that, when talking about change, it is important to be aware that its achievement, although it is long-term, implies daily choices, in the here and now. It implies taking charge of the matter, already, today, now, every day one more step towards the goal.

Motivation and organization are key in this process. For this, it is essential to be aware of the automatism that is reproduced and stop to think about the following reflection that can be of help to consolidate the fair and necessary behaviors towards the achievement of healthy habits.

Success is the product of repeating our daily habits, no matter how small and imperceptible these behaviors may be, in the long run, they make the real difference.

Going back to reinforce motivation, it should be noted that there are three levels at which changes can occur: level of results, of processes, and of identity. The first level, the most superficial, is that of a change in the results. This layer is the outermost because it is the most visible, and it has to do with the consequences of the next two. Some examples of this level can be: lose weight, publish a book, win a championship, pass an exam. Most of the goals you set out to achieve are associated with this level of change.

The second level has to do with the means or processes: what means or processes are going to be used to achieve that desired result. This level requires putting into practice, specifically, any action or conduct that brings the results established as a goal closer. It is about implementing new routines: physical activity, organization, practices in general, etc. Most of the habits you develop are associated with this level. It is something that is done every day, no matter how small it may seem.

The third level, the deepest, includes changing your identity, in the sense of rethinking who you want to become. That is to say, change in the order of beliefs: the vision of the world, the image of oneself, self-concept and how one wants to be seen and how to define oneself.

It can almost certainly be said that when habits are based on results -that is, at the most superficial level-, the focus is on what you want to achieve, so these types of attempts usually remain a simple desire, and Thus they do not usually prosper, much less sustain themselves over time. On the other hand, habits based on identity, on who one wants to become, are rooted in the deepest layer of the personality and, consequently, are stronger and more durable than those based only on results, since, once behavior that does not go hand in hand with the inner self will never last.

So, the key to building habits that are impossible to break and that the brain incorporates into the daily routine is to start from the back to the front: that is, first change the beliefs (rethink who you really want to be), and then change the processes (how you achieves) and finally, the goals, the results arrive alone.

This proposed reflection involves carrying out two simple and complex exercises:
Decide the type of person you want to be. Responding to: How would you like others to describe you? What values ​​and principles do you have? Who would you like to become? Who do you admire a lot? How would that person behave on a day-to-day basis?

-Carry out small actions that are congruent with that desired person. Reflect deeply on the best version of yourself that is proposed as a goal. Imagining it and describing it in as much detail as possible is helpful. Think and describe the routine that person would have. Once you have completed these exercises, think: which of these habits could you start adopting, which one could you start with today?

The key is to start today with a super simple habit that brings us closer every day to that best version of ourselves, seeking to accumulate small victories. The highest form of intrinsic motivation occurs when a habit becomes an integral part of identity.

Synthesis to generate good habits and achieve the desired objectives. The habit is a learning process that for its acquisition consists of certain steps:

1) The activating stimulus: what promotes the desire to change, the awareness of the benefits is usually a great motivator. For this reason, it is important to be informed, or to always have an updated goal whose achievement of satisfaction (it can be issues directly linked to health such as stopping taking so much medication, lowering cholesterol levels, blood pressure, controlling diabetes, feeling less heavy and more active , or more aesthetic and linked to self-esteem and self-image that also often affect moods, as well as social and interpersonal relationships that are so important for feelings of well-being, such as being able to wear certain clothes or go to certain places without feel limited or inhibited to some extent).

2) Action: For this, the planning and organization of the daily routine is important. It is important to prepare the mind, as anticipation decreases impulses and favors the predisposition to do what is proposed, in turn favoring better time management, so that you achieve a balance between responsibilities and healthy activities that are They must maintain daily.

It must be remembered that if you do not prepare for what you want to achieve, it will be almost impossible to achieve it. In this line, it is important to avoid fatigue or boredom, to always look for alternatives that match personal interests and tastes and not to carry out something strictly that ends up generating a feeling of great effort or frustration and abandonment when feeling that it deviates. a little off the beaten path. The change is achieved gradually and only then can it be sustained over time.

3) Understand the triggers: It is important to anticipate the fact that difficulties can always appear along the way that can stagger progress or achievements but that do not mean failure. It is necessary to evaluate which are those weaknesses or problems that usually affect in this sense in order to generate effective coping strategies. For this it is important to know what are the catalysts of the old behaviors that you want to change, in order to avoid them if you want to develop healthier habits. They can be simple measures, such as not having cookies in the house if that is what tempts you to abandon the eating plan or understanding what are the stress triggers that lead to wanting to eat more and go against the healthy lifestyle that is wanted achieve.

For example, when you argue with your partner, you get sick and you want to eat more than you should or you don’t feel like going out to do activities. In this case, work must be done on how to improve this difficulty or communication, as well as having someone (friend, sister, etc.) who at that moment serves as a container to avoid this dysfunctional channeling of said problem that not only contributes to maintain it but to reinforce another.

In addition, and along with this, it is necessary to create new triggers that trigger new behaviors, healthier and in tune with what has been proposed to change. For example, you can establish that when the evening news program starts on TV is the time you go to the gym and thus associate the two to create new habits.

4) Set achievable goals: Resolutions have to be achievable. Objectives to the extent of the possibilities and whose achievement is measurable and verifiable.

Aiming for “a marathon this year,” for example, may be too much for someone with no prior running experience. On the other hand, and in contrast to this, vaguely proposing to “get in shape” can be difficult to measure. It may be more effective to start by saying you’ll go to the gym once a week and then increase it to twice, and so on, from less to more. In this way, the habit will be built and will remain so over time, and not imposed, which will make it easier to succumb.

4) The reward: It has been determined that what favors the change, the repetition of the desired behaviors, more than the punishment or the prohibition is definitely the reward for each achievement that is obtained, however small it may be. A little trip, a walk with friends, a self-gift or simply a time to read that novel for which you never have time, but which relaxes and clears your mind. The reinforcer must be consistent with that achievement and not something that counteracts it, that is, something that encourages well-being, while maintaining health.

5) Persist: Last but not least, persistence is fundamental to achieving a habit because it is very likely that old habits will return with some regularity, so it is important to see these setbacks as occasional and temporary and not as an excuse to abandon the change process altogether.

The occasional failure is usually the main cause that stops people from changing. In general, after having a setback with food, you tend to think that you have failed and give up. But the key is to fight that fatalistic thinking with persistence. Perseverance is the key, after a setback start the next day. And above all, foster self-confidence. Thoughts always determine behavior.
NdR: Article published in the Educational Material of Icarus Centro de Salud & Longevidad, January 2023 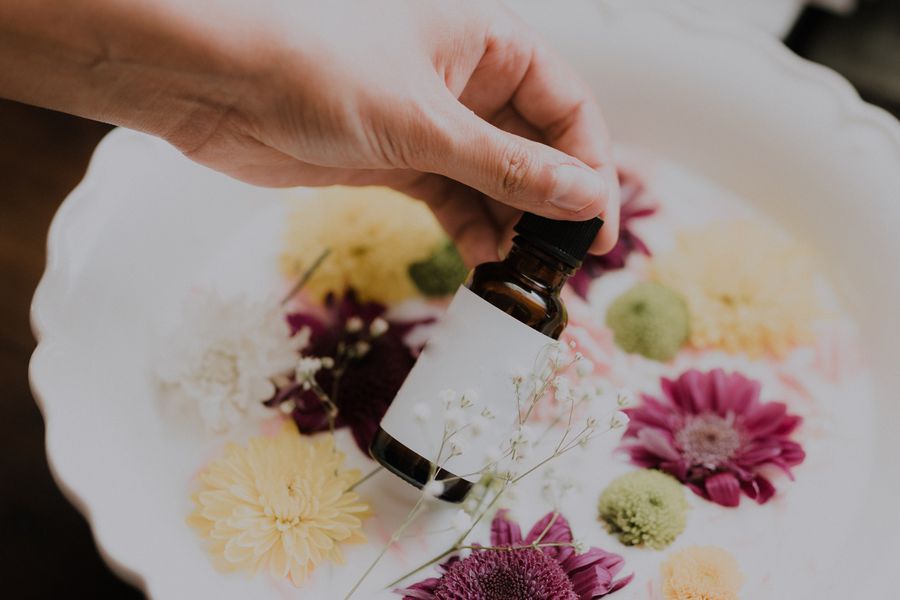 The benefits of natural medicine progress and firm step in health and social welfare 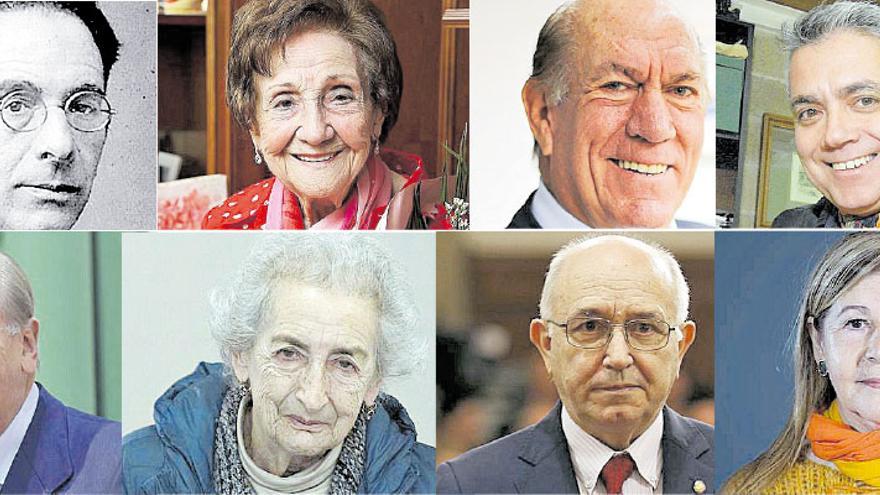 The Principality advances its medals with awards for medicine, politics, language and journalism