More than two years after the start of the global spread of SARS-CoV-2, North Korea confirmed on Thursday (05.12.22) the first case of COVID within its borders. As of early Friday morning, the Pyongyang government had admitted six deaths and said it was treating more than 18,000 patients with a fever that has spread across the country. Approximately 190,000 people have been isolated.

The acknowledgment that authorities are trying to contain the problem is a remarkable turnaround for a country that previously boasted of the success of its policy of sealing borders at the start of the pandemic. Few virologists believed it at the time, but international health and care organizations were initially limited to working in Pyongyang, before being ordered to leave the country.

Previous reports of the virus

Dissident media had regularly reported that an undefined disease was spreading rapidly in that country, which has extremely limited public health resources, and that victims were buried before the cause of death had been confirmed. However, the Kim Jong-Un regime continued to insist that nothing was happening.

Pyongyang even rejected an offer from Unicef ​​to donate three million doses of the Sinovac vaccine in September 2021, arguing that it would handle the situation in its own way.

On Thursday, Kim ordered a nationwide lockdown, as state media showed images of the dictator presiding over a politburo meeting wearing a mask. The government called the situation an “extremely critical emergency” for the country of 26 million people. Residents in the capital were ordered to return to their homes and remain there.

There are reports that the imposition of a lockdown led to panic buying and shortages of some products. 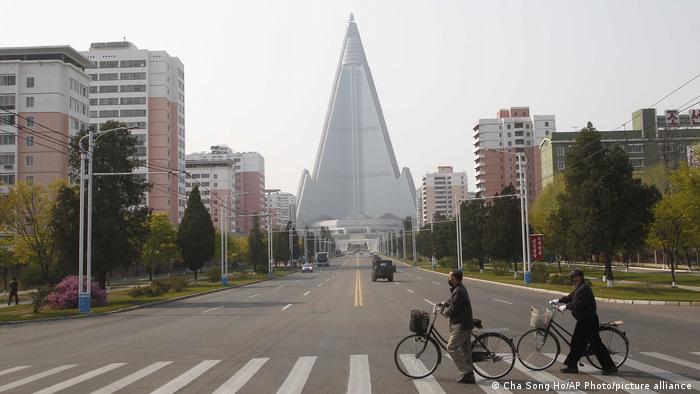 “The public health situation must be serious for Pyongyang to publicly admit omicron cases,” said Leif-Eric Easley, associate professor of international studies at Ewha Womans University in Seoul. the failure of China’s ‘zero-COVID strategy’ suggests that approach will not work against the omicron variant,” he told DW. In his view, the government would do well to put aside pride and quickly seek donations of vaccines and products. therapeutic”.

The office of the new South Korean president, Yoon Suk-yeol, confirmed that Seoul is willing to provide humanitarian assistance to its northern neighbor. Clearly, he believes that medical aid is not included in the comprehensive package of sanctions imposed on North Korea because of its nuclear and long-range missile programs. China has also expressed its willingness to send aid.

For its part, a White House spokesman said the United States would support international efforts to vaccinate the North Korean population, but accused Pyongyang of harming its own citizens by denying them access to international aid and choosing instead to dedicate its limited resources to its nuclear program. 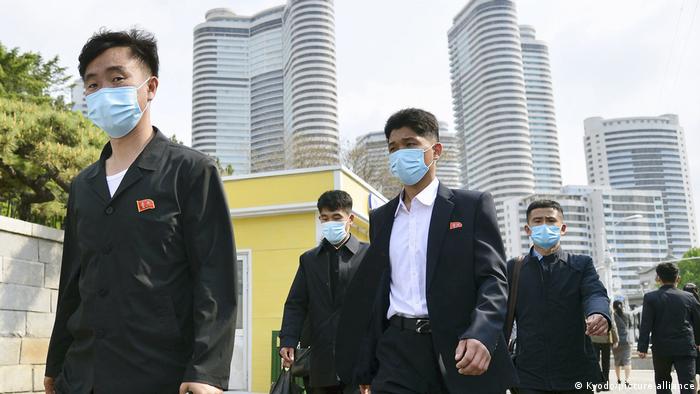 Before the lockdown, people were already wearing masks in Pyongyang. (May 6, 2022).

Despite offers of help and the health crisis, Pyongyang seems to continue its line of confrontation and provocation. Three short-range ballistic missiles were launched Thursday afternoon into the Sea of ​​Japan, a fact to which analysts attribute a double objective: to distract attention from internal health problems and to send a warning to the new South Korean president.

“It is difficult to know what is happening in North Korea because it is a very closed society and we cannot trust what it says, but I think there will be many COVID cases there,” said Park Jung-won, a professor of politics and international relations. at Dankook University in South Korea.

In his opinion, it is unlikely that there will be protests in North Korea over the handling of the crisis. “And that could be used as political propaganda, with the intention of telling the world that the situation is under control and people are following the orders of the government.”