Although the images were known now, the actor was in Argentina in September 2020, when he starred in a documentary with Charlie Boorman in which they toured Latin America for 100 days.

You are in your lost little town in Argentina and Obi Wan Kenobi falls on you at siesta time to remind you that we are good people, let us never forget that, do not make us think otherwise. May the Force be with you, always pic.twitter.com/yQ1F3zE7XA

“You are in your lost little town in Argentina and Obi Wan Kenobi falls on you at siesta time to remind you that we are good people, let us never forget that, do not make us think otherwise. May the Force be with you always.”expressed the user who uploaded the clip that circulates on TikTok.

The fragment is part of the series Long way up!. In the images, McGregor himself recounts the experience they are having on the journey that he began in Ushuaia: “We will try the longest journey so far.”

How Ewan McGregor came to eat stew in La Rioja 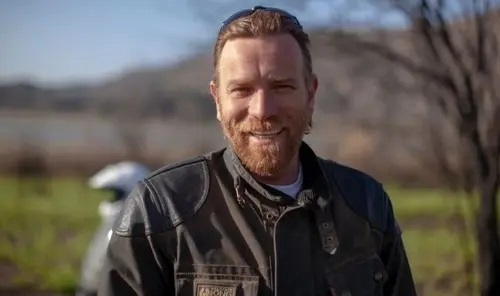 In one part of the video you can see that after riding a motorcycle through the streets of Chilecito, in La Rioja, the actor comes up with the idea of ​​charging the batteries in what appears to be an electronics business.

When he is received by a couple, he realizes that he was wrong, and thanks for the warm welcome: “The great thing about this situation is that we came here thinking it was a stereo shop, like those places where car stereos are installed. We thought they would have power, so we went in. And it turns out it’s just his garage.”

The couple invite them to go to their house and the actor is surprised by the kindness with which they receive him. In addition, they are invited to eat and share a typical family lunch. “His house is behind. It’s not a store, but they let us connect. They gave us food. It was very funny. And we like… They don’t know us!”McGregor expressed gratitude.

Then he is seen tasting a stew with the owners of the house, and he remarks again: “Heavens! We’ve just arrived. We are strangers, and now we use their electricity and eat their food.”

Another of the pearls of the video happens when one of the members of the family identifies the actor, but not because of starwarsbut for The Island, the film in which he starred with Scarlett Johansson in 2005. “He’s recognizing me! Be a little suspicious about my identity.”joked McGregor in English.