OTRANTO (Lecce) – Concluded the XII edition of OFF Otranto Film Festival, directed by Stefania Rocca, which was held in Otranto from 19 to 24 September 2021.

OFF is an initiative of the Apulia Film Commission and the Puglia Region – Department of Culture and Tourism, based on the autonomous budget resources of the AFC Foundation and regional resources POC 2007/2013 and the extraordinary plan “Let’s keep culture in Puglia 2021”, produced as part of the Apulia Cinefestival Network 2021 intervention, with the contribution of the Cinema General Direction of the Ministry of Culture and the Municipality of Otranto.

At the closing ceremony, presented by the actor Diego Casale (winner of the He-Art award, partner of OFF 2021) participated, with the artistic director Stefania Rocca, the swear of the festival and the mayor of the Municipality of Otranto Pierpaolo Cariddi.

The jury made up Serra Yilmaz (award-winning theater and film actress, muse of Ferzan Otpetek) Eulàlia Ramon (leading actress of iconic films of Spanish cinema and beyond), Eleonora De Luca (Talent Award at the 77th Venice Film Festival) the writer Anilda Ibrahimi (writer translated in different countries, Rapallo Prize 2017 for the novel “Your name is promised”), the director Maria Tilli (finalist at the Silver Ribbons with the documentary “They seemed applause”) decreed i winning films of the “Torre del Serpe Award” signed by FutureRemote.

The Prize like best movie He went to “Andromeda Galaxy”by More Raca (Kosovo, 2019), a cross-section of the difficult life in the country where the relics of the war still weigh, “for the delicacy of the story and the right distance from the characters, close but never invaded in their intimacy”.

Awarded for the best photography, “Eden” by Ágnes Kocsis (Hungary, Romania, Belgium, 2020), story of Eva, cut off from the world due to her rare pathology, “for how she exploits natural light in a film where Nature is dying, creating a coherent atmosphere from the beginning at the end”.

Best Screenplay, “Tereza 37” by Danilo Serbedzija (Croatia, 2020, 100 ‘), story of the search for a child and its extreme consequences, “for the originality with which the character approaches the theme of motherhood, thus overturning the point of view with which society judges women without children “.

The Prize like best interpretation goes to the four actresses (Vicky Luengo, Caroliona Yuste, Elisabet Casanovas, Angela Cervantes) from “Chavalas” / “Girlfriends” by Carol Rodriguez Colas (Spain, 2021), on the complex world of women’s feelings, “for the harmony and energy of this choral interpretation that speaks of sisterhood”.

Best Director “The story of my wife” by Ildikó Enyedi (Hungary, Germany, France, Italy, 2021), the story of a marriage by bet and its corollaries, “for the spaces of freedom that the director cuts out through images, in a claustrophobic couple story”.

The Prize like best soundtrack was assigned to “Naviganti” by Daniele De Michele / Donpasta (Italy, 2020), which tells how the artists lived through the year of the pandemic, “for the return, through music, of a cultural and identity undergroung that has its roots in a more and less recent past”.

There is also the He-Art award for the best installation / performance, assigned ex aequo to the artists Alice Mocellin and Giulia Bonaldi.

For the entire course of the event, the installation “Dama” by Alice Mocellin, dedicated to Afghan women and their silent scream, was exhibited at the Altomare beach, home to the screenings.

Giulia Bonaldi, set designer and illustrator, is among the protagonists of the film “Naviganti” by Daniele De Michele / Donpasta, dedicated to the difficulties of artists in the year of the pandemic.

A special award, that of he-Art, which further strengthens the “mission” of OFF 2021, strongly desired by the artistic director Stefania Rocca: a festival driven by passion and deep respect for art and for the entire entertainment world.

The he-Art Award gives the two winners the opportunity to have a space available in the city of Milan in which to exhibit their own work.

Finally, the UniSalento Award assigned by students of the degree course in Dams He went to

“Open door” by Florenc Papas (Albania, 2019), “for having represented new social and sentimental goals of a generation that seeks to emancipate itself from the previous one”.

The president of the Apulia Film Commission Simonetta Dellomonaco underlines the positive result of OFF 2021, also in terms of dialogue with the production system of the Ionian-Adriatic area, thanks to the project EGO East Gate Otranto which brought together institutional representatives and producers from several countries in Otranto:

«This festival represented a system of policies that Apulia Film Commission and the Puglia Region have been pursuing for some time: putting together different skills, implementing a strategy that aims to open, internationalize, co-produce and distribute towards new markets. In this sense, it was important to have brought together many institutional and productive subjects, a wide audience for the development of this great project for cinema in the Ionian-Adriatic region, starting from Puglia ».

From the stage of OFF, the artistic director Stefania Rocca shared a heartfelt thanks:

«I thank all the institutions, those who contributed to the realization of this festival, the guests, the staff and the public. Tonight ends OFF 2021. We started in 2018 with the theme of communities, exploring cultures and running against violence, we have dealt with the inclusion of diversity in 2019, and after a year of stoppage dictated by the pandemic we are here to celebrate the theme of the arts that connect us with ourselves and with others, create a bridge that crosses the seas and walls and time, teach us the value of sharing. And “sharing” will be my watchword for this year, waiting for a new OFF. I am proud and happy of what all together, we and the audience that followed us, we have done: we have rekindled the show! And we did it thanks to art, which allows all of us to express ourselves in a profound way and to tell our emotions. We can scream unlike others, we are lucky to be able to do it, we are lucky to be artists, to be able to get excited and excited, we can try to affect culture and consciences in a positive way: here, in our own small way, we I assure you we tried! Thank you all, from my heart. Thanks to all the artists and technicians who lit this stage with me, and thanks to my great Salento family, who have accompanied me all these years in this welcoming world. Thanks”.

On the final day of the festival, OFF also chose to leave a mark concrete for the environmental sustainability.

Never before has the rebirth – which OFF 2021 has strongly promoted through art and artists – passed through nature as well. For this, the artistic director of the festival Stefania Rocca And Gaetano Marangelli from Cantine Menhir they donated a small tree to each guest artist of OFF. The essences (carob, false pepper and pink pepper: 16 plants in all) were planted on Saturday morning in the municipal villa of Otranto, in a great moment of sharing in which the jurors and the other guests of OFF participated, personally planting the trees.

«Rebuilding a landscape in Salento upset by the drying of the olive trees – he commented Stefania Rocca – it means going back to writing, all together, a new history of the territory and also the history of the community that inhabits it. Here as elsewhere, it is important to feel part of this commitment and to contribute, each in their own possibilities, to the rebirth of nature ».

“For us, sustainability is a priority commitment – he added Gaetano Marangelli – in one year we have saved 58 tons of CO2 which is like having planted almost 5,000 trees. In addition, we have been planting an average of 300 trees a year for 18 months. We produce one hundred percent certified green energy ».

At the Aragonese Castle, it is still possible to visit two exhibitions promoted as part of the Otranto Film Festival 2021: in the Hall of Imaginary, “Art OFF / Aperto60”, shows gods teachers of the Academy of Fine Arts of Lecce; in the basement, the exhibition of Stefano Romano, “Dew point”, edited by Francesco Scasciamacchia, which tells the artist’s journey from Italy to Albania. The exhibition, created in partnership with the Italian Cultural Institute of Tirana and Otranto Film Festival, is presented for the first time in Italy and remains open until November 30, 2021. 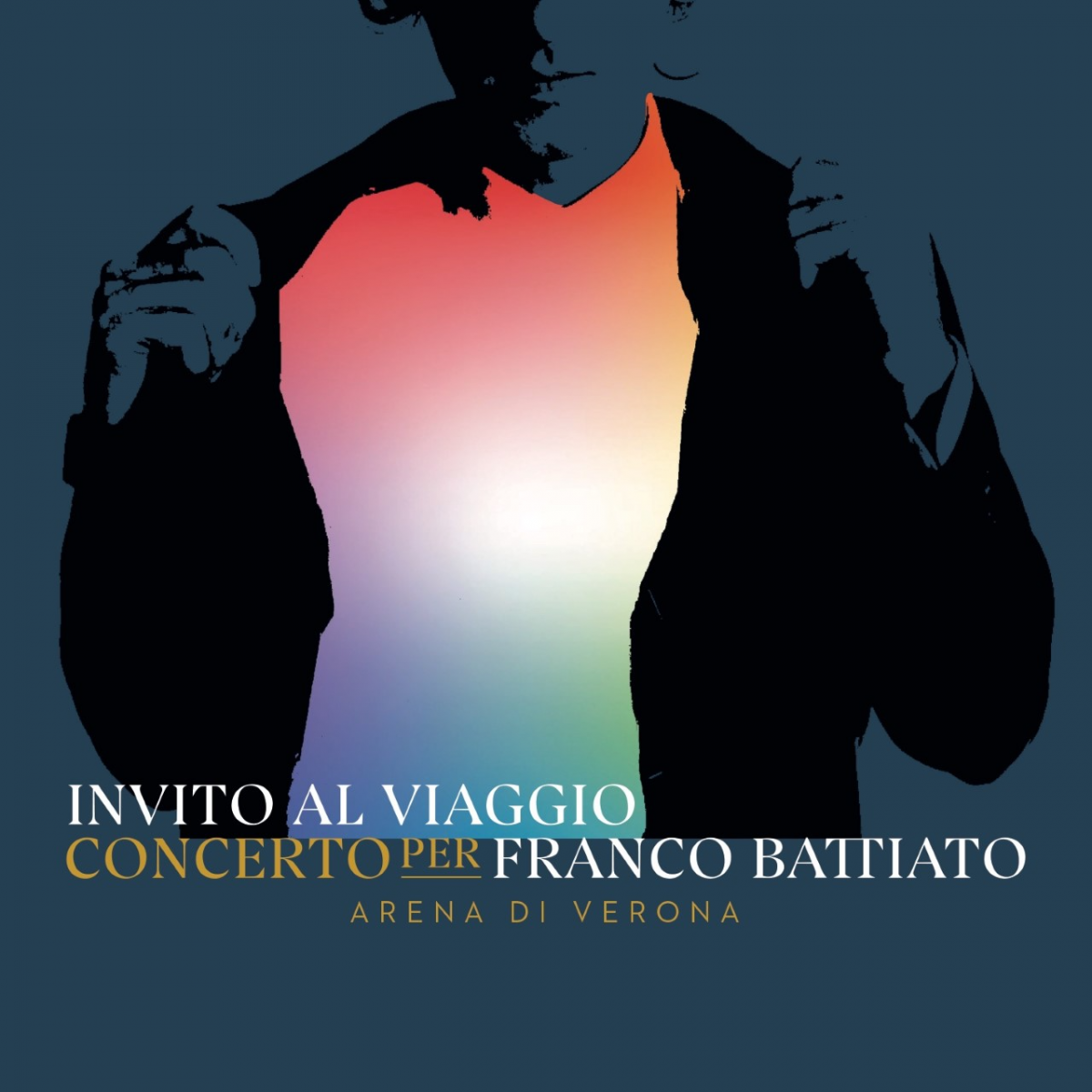 ‘Invitation to travel’, the tribute for Franco Battiato becomes a record

Joker: the characters of Joaquin Phoenix and Jack Nicholson in comparison

Jennifer Lopez and Ben Affleck are back to date, here are the photos that give fans hope