Someone, for obvious reasons, has already renamed it ‘Big Brother‘. The Corriere di Romagna has revealed the incredible proposal, for next summer, of the ‘Stupid Hotel’ in Rimini: a five-day holiday for couples at one euro per night as long as guests agree to be live streaming 24 hours a day. “We are in the digital age – said the manager Fabio Siva – We are all online at the same time. We are all on Facebook, Instagram, TikTok, Twitch. Everyone wants to be seen. We offer everyone a holiday at the minimum price as long as they pay with privacy“.

The manager: “The streaming will be 24 hours”

On the fourth floor of the hotel, isolated from the rest, there will be cameras in three rooms, a control room with a voice who will present and comment on the live streaming. “Another camera will be placed in the central corridor, where guests will have breakfast together. And another will be installed on the terrace, where there will be deck chairs, umbrellas and a Jacuzzi for four people. We will remove the doors of the rooms and establish some mandatory common moments, to ensure that couples interact with each other as much as possible“, explained Siva. The streaming will be 24 hours a day on Twitch, 12 on YouTube, two on Facebook,”and we are planning those on the other social networks“The casting has begun.

Illness for the Harry Potter star: rushed to hospital

A monstrous exchange from January 14 on Prime Video 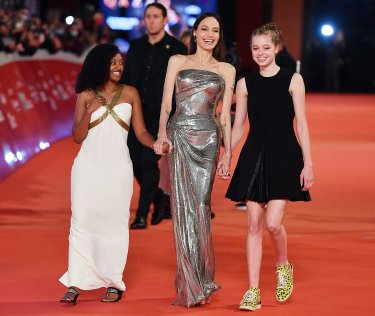 Angelina Jolie is helping her daughter Shiloh become a model

Two (great) TV series, ten films and a saga to watch on Prime Video this weekend :: Blog on Today