It broke the Guinness record for the speed of sales that exceeded a million and a half copies in the English language. Spare (In the Shadow) became the non-fiction book with the highest output in history. A second edition is already being prepared. The documentary “Harry and Meghan” maintains a high rating on Netflix. The prince continues his publicity campaign by giving interviews. Buckingham Palace responds by outlining plans for the three days of festivities marking the coronation of Charles III. Of course, the English treasury bears the cost of the ceremony.

The Windsor dynasty, which is a fable created by George V, wanted to sanitize the noble titles (from Battenberg to Mountbatten) and the Saxe-Coburg-Gotha monarchy renamed Windsor in the First World War. Prince Enrique “Harry” from California has been given the task of demystifying the English crown, a relic so powerful that it is called “the company” (the firm) or the establishment (“the establishment”).

The treasury has paid for the renovation of Buckingham Palace, travel expenses (increased by 15,000 pounds), servants and care of the palaces. The permanent security team reports to a separate and secret section of the Treasury.

With money from the treasury and the celebrity industry, the Windsors put on great theater performances: weddings, funerals, coronations, trips, banquets, honorary or feudal orders, medals and titles. To do this, they equip themselves with carriages, horses, and extravagantly dressed soldiers. They wear crowns, tiaras, and other dazzling jewelry. They always keep a safe distance and any contact with the people is rehearsed and coordinated with strict protocol. The deification of the monarch and his family offers a patriotic symbol, diverts attention from national crises and grants stability that prevents revolts due to bad government, socioeconomic inequality and racial discrimination. These characters unfold in settings worthy of the legendary Old Vic, The Globe, National or Royal Shakespeare theatres. His job: entertain.

In recent years a population privy to divorces and scandals has overlooked the corruption, ineptitude and fragmentation of the Tory conservative wing and the vacuum in Labor’s leadership. They ignore the murders – even with radioactive material – commissioned by the Kremlin. Russian oligarchs are welcomed with open arms. The son of a KGB agent holds a position in the House of Lords. Large upscale London sections like Belgravia have become Russian enclaves. Cambridge Analytica (a subsidiary of the intelligence company SCL according to Bloomberg, Companies House and Robert Mueller investigations) operated from London. Except for those affected, few realize that the cuts in Public Health (National Health) that have resulted in long waits and mediocre medical care.

Brexit activist Nigel Farrage set up an office in Moscow and was investigated by Robert Mueller for possible interference in the 2016 US elections. 2017 saw him collaborating with “CalExit” on an idea to split the state of California in two, responding to Political purposes.

The book In the Shadow of Henry (Harry), Duke of Sussex, reveals two elements: the “rota” system by which Buckingham entertains and gives access to certain newspapers to buy loyalty and that palace spokesmen use to “raise news” spread rumors and speculation. The lackeys so called experts or observers of royalty repeat variations of the received message. These types of notes generate interest and are extremely profitable for tabloids, pink journalism magazines and “clicks” on blogs or other Internet sites.

We have to see in Harry a wounded individual with an unresolved Oedipal complex: the love and bond with a beautiful, tender mother, is cut short by the betrayal of a distant father, a divorce and the death of Princess Diana. The repressed trauma “fixes” him in his mother’s love, which makes impossible -given the father’s personality- a healthy paternal association in the stages of psychosexual development. One only has to listen to his repeated references to “Mooom” (mom) with the elongated “o”. Reach out, with traumatic situation and multiple challenges, to the help of a psychotherapist.

Sibling rivalry appears for the first time in the book. It is said that Carlos, on the day of Harry’s birth, whispered to Diana “you gave me an heir and now a second (“second”) to spare.” Guillermo (William) already avoided and asked for distance from his younger brother at Eton school. He recounts in interviews and in the book the tensions with a William who took his next move to Prince of Wales very seriously. He emphasizes the violence of a beating attack that he received from the firstborn. He went, again, to the psychotherapist, where he went immediately to handle the incident.

Something that few observe in the book is castration anxiety in Prince Harry. Gives details of his circumcision. He explains (perhaps related to the rivalry with his brother) of the burns on his penis as a result of a trip to the North Pole.

The book, documentary and interviews are condemned by the press: cause of the accident that ended the life of Princess Diana. He points out to the paparazzi that without hesitation they continued to take photos of the badly injured princess inside the car. It targets the real “experts or observers” who swarm on British television and tabloids. He accuses the palace cabinets and the British press of racism, bearing the blame for the antagonism against his wife Meghan Markle.

On Netflix offers press-hound tests. It includes footage of helicopters, drones and paparazzi that followed them to Canada and then to the home of Tyler Perry, a generous Californian host. The latter found it necessary to redesign the exterior of his mansion to give his guests some privacy.

After the interview with Oprah Winfrey, the Duke of Sussex launched a new strategy: change the rules of the game. He would be the one to tell his story and reveal what is hidden behind the walls of the palaces, the complicity, racism and impunity of the media. He had already won a lawsuit in London and now he was going to win the financial game. The denunciations of him on Netflix and the book have made him extremely envious of tabloids and analysts. The Windsors, aware of Harry’s moves, remain anxious and have been left in a bad light. They have the unconditional ones who return to “filter comments”. One, much criticized, suggested dragging Markle through the dust of every British city.

The concern of the monarchists is the possible invitation to the coronation of their father, Carlos III. With more than $120,000,000 between the book and the Netflix series, the Sussexes freely tell their version of the alliance between the Palace and the press. In Montecitos they play with his children (he barefoot and in shorts) running away like lovers to the Big Sur beach. At the moment they have not been stripped of their titles of nobility.

Justo J. Sánchez, a cultural analyst, worked as a journalist in New York and as a university professor in the United States and Italy. Psychoanalytic analysis is based on his courses with Professor Philip Holzman at Harvard and directed readings on psychoanalysis (in Spanish) with Dr. Antonio Ramírez de Lucas. 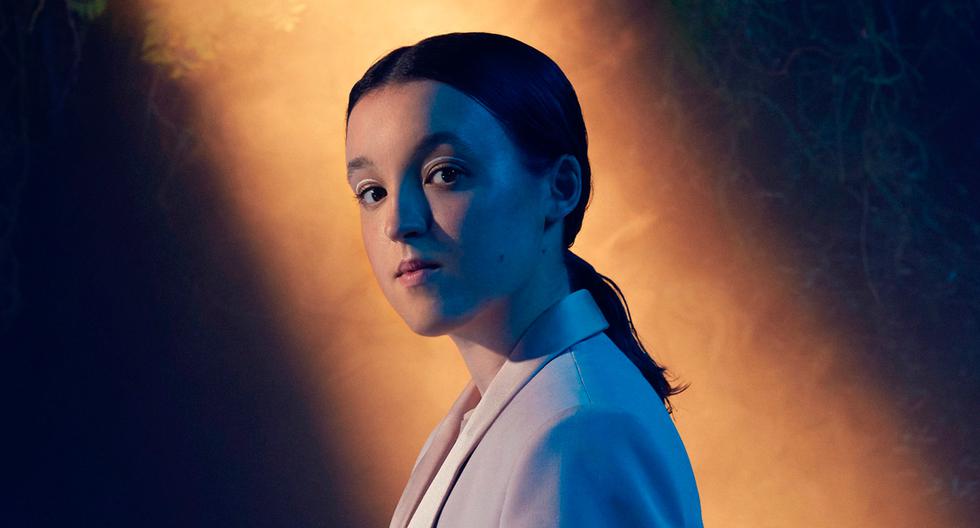 Bella Ramsey: what is your surprising confession that has been giving people talk? | tdex | revtli | ANSWERS 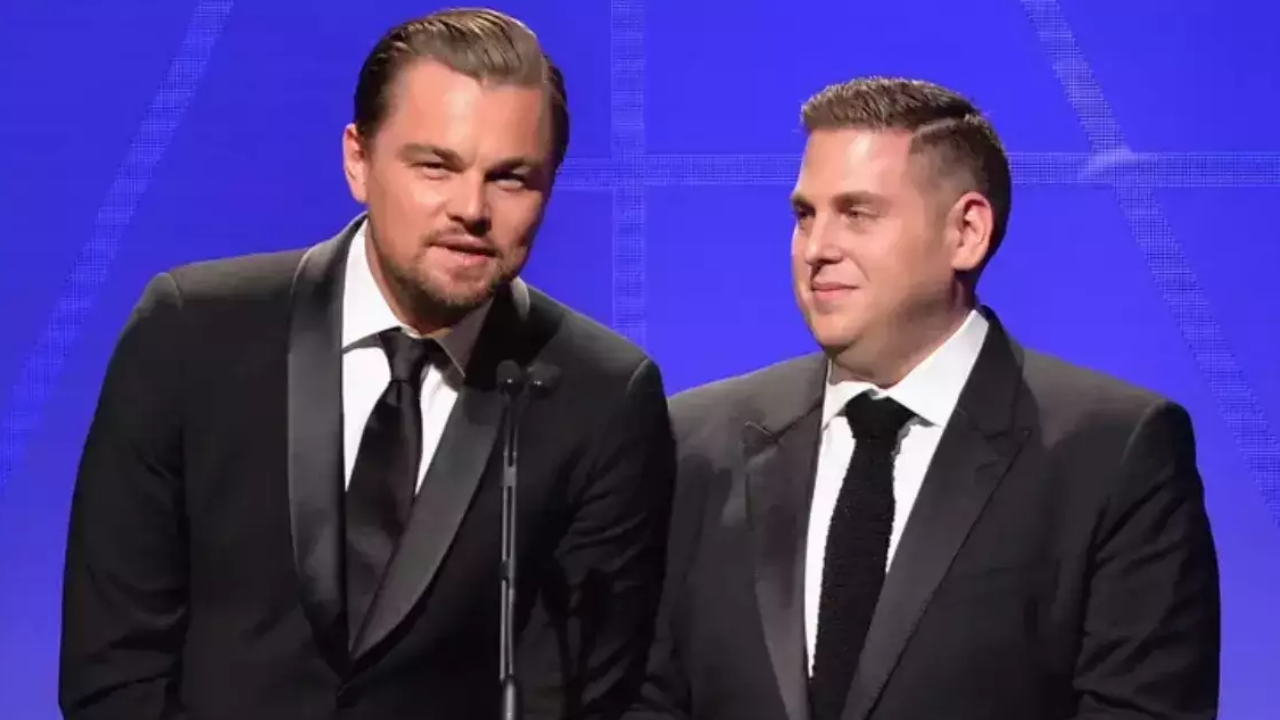