The slap that Will Smith gave Chris Rock in the middle of the Oscars ceremony continues to give something to talk about. The actor’s reaction came after the presenter made a joke about the shaved head of his wife, actress Jada Pinkett Smith.

The fact caused surprise among the celebrities present at the Dolby Theater in Los Angeles (United States). But, without a doubt, the surprised face of Nicole Kidman is the one that quickly became viral on social networks.

The renowned actress and producer was photographed by accredited professionals at the event, who managed to capture her obvious expression of surprise at the moment the incident occurred.

The photograph of the actress, nominated for an Oscar for “Ser los Ricardos”, quickly went viral on Twitter, where many users commented that her reaction represented that of many when seeing the incident between Will and Chris.

“Who said Nicole Kidman wasn’t expressive enough?”, “When I passed the exam and thought I failed”, “We are all #NicoleKidman seeing the chaos that #ChrisRock and #WillSmith put together at the #Oscars”, “Winner of the best face the Oscars”, “Confirm if we are all #NicoleKidman”, are some reactions that are read on Twitter.

OK but the Oscar for best reaction goes to Lupita Nyong’o and Nicole Kidman #Oscars pic.twitter.com/fIpTszzJWg

Nicole Kidman’s best performance is her reaction to Will Smith’s slap to Chris Rock. #Oscars pic.twitter.com/ci2vzJoLcO

#Oscars: and thanks to will smith, The award #oscar for best total petrificus, it goes to Nicole Kidman pic.twitter.com/0cq9EMieL6

However, she was not the only one who was speechless. The face of the actress Lupita Nyong’o will be another one that will be remembered after the gala. Her reaction was recorded by the same transmission of the event, as she was sitting right behind Will Smith.

Me this morning, during a zoom call with colleagues. I chose coffee. They chose violence. #HappyMonday #LupitaNyongo #Oscars #Will Smith #WillAndChris pic.twitter.com/w5PpdhfXZh 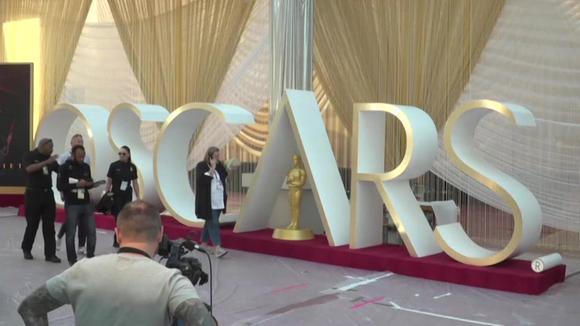