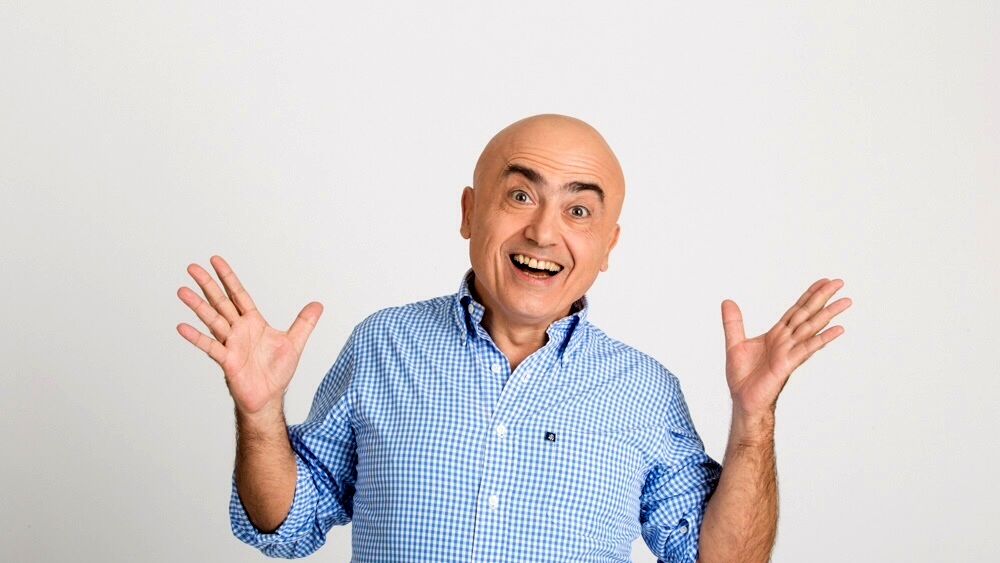 The proposed show is inspired by Paolo Cevoli’s repertoire, his television, cinematographic, theatrical experiences and his books. A real one man show in which, without interruption, the memories of the Cevoli as a child in Riccione, his family of hoteliers, and his adolescence alternate with the closest relevance of what all of Italy experienced during spring months of the health emergency. 75 minutes of ‘bursting’ jokes in which the accent is placed on the vices and virtues of the average Romagna, on good food and on the clear superiority of women, of the ‘azdores’, compared to men, a superiority that has been going on since time of Adam and Eve.

BIOGRAPHY
Paolo Cevoli, well-known character from the Zelig show, in the role of councilor Palmiro Cangini of Roncofritto, but also Manager of the catering sector. Born in Riccione into a family of hoteliers, he graduated in Law and while working in the restaurant business he participated in the competition for young comedians La Zanzara d’Oro, ranking third and hence his partnership with Zelig. On the stage of the television broadcast he brings the commissioner for “Various and possible activities” and the entrepreneur of the “Glorious Maialificio Casadei” Teddi Casadey. Between shows and summer tours, Cevoli has been the protagonist of very successful theatrical performances for years (The Penultimate Supper, the Sosia di Lui, The Bible, The Sagra Famiglia) and in 2014 he also arrives in the cinema as main actor and director with the film Soldato
Simple, Italian comedy that he directs and plays by telling the story of the First World War. Recently he was the guest of Claudio Bisio in Sanremo and for 2 years he has been testimonial of the Emilia Romagna Region for which he produced the Romagnoli Dop series, now in its second edition which has over 30 million views on the web.