On the occasion of its summer tour in Japan, Paris Saint-Germain today unveils its new away kit for the 2022-2023 season.

Featuring the Jordan logo, the jersey is predominantly gray with black, brown and taupe variations.

In addition to the away jersey, Jordan and PSG will also offer a new collection with lifestyle pieces (including the Air Jordan 5 Low PSG shoe, see below) which “pay homage” to the Princes Park which celebrates its 50th anniversary this year “and in which the Parisian team has played 1147 matches to date”.

“In a nod to history, it is far from its bases, in Japan, in an equally urban stadium, that the Paris Saint-Germain team will inaugurate their new kit for the first match of their tour. which will oppose it on July 20 to Kawasaki Frontale, reigning J-League champion, at the National Stadium in Tokyo » adds the press release.

In Tokyo, PSG launched the marketing of the new away jersey in the building shop in the presence of players from his eSport team. 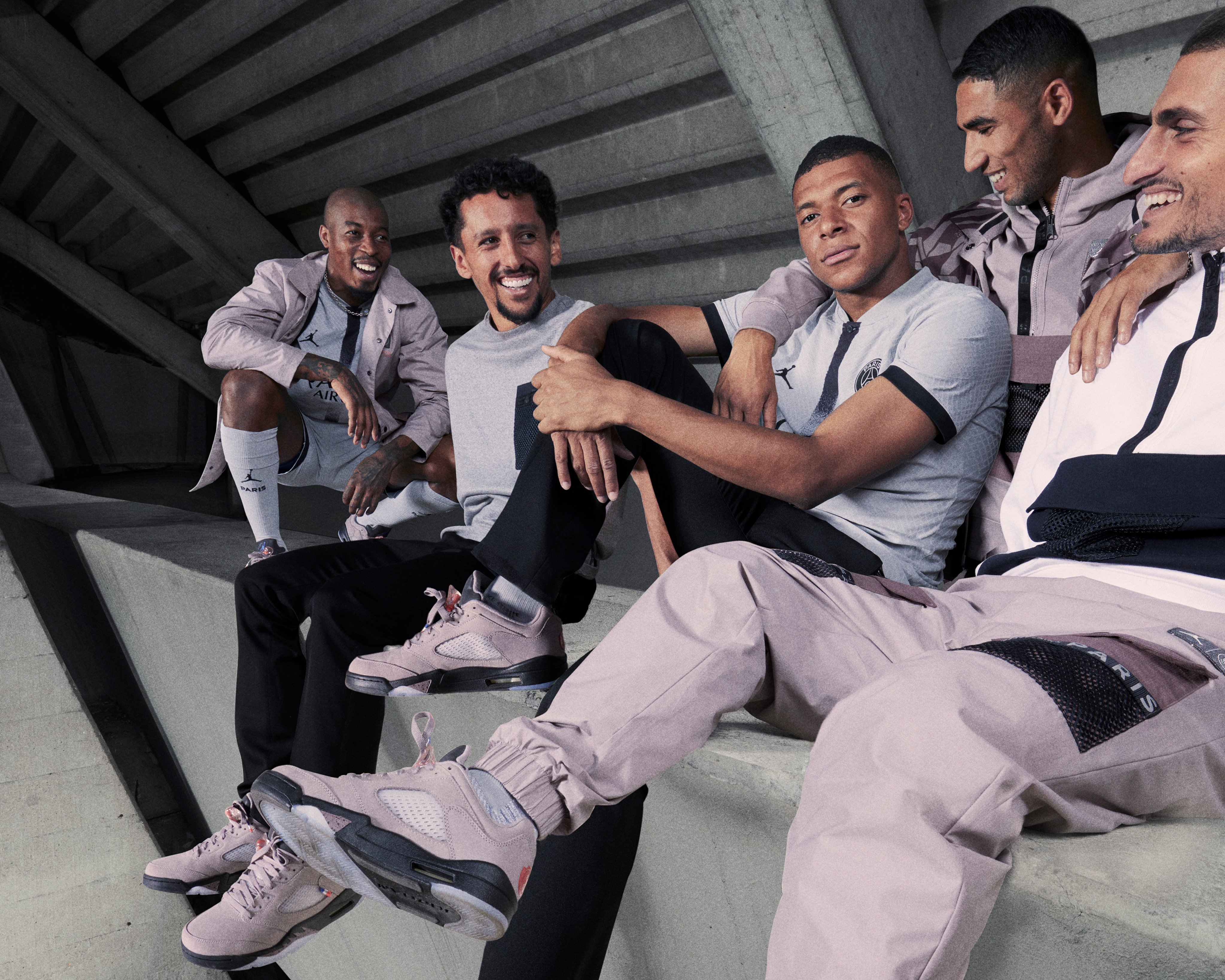 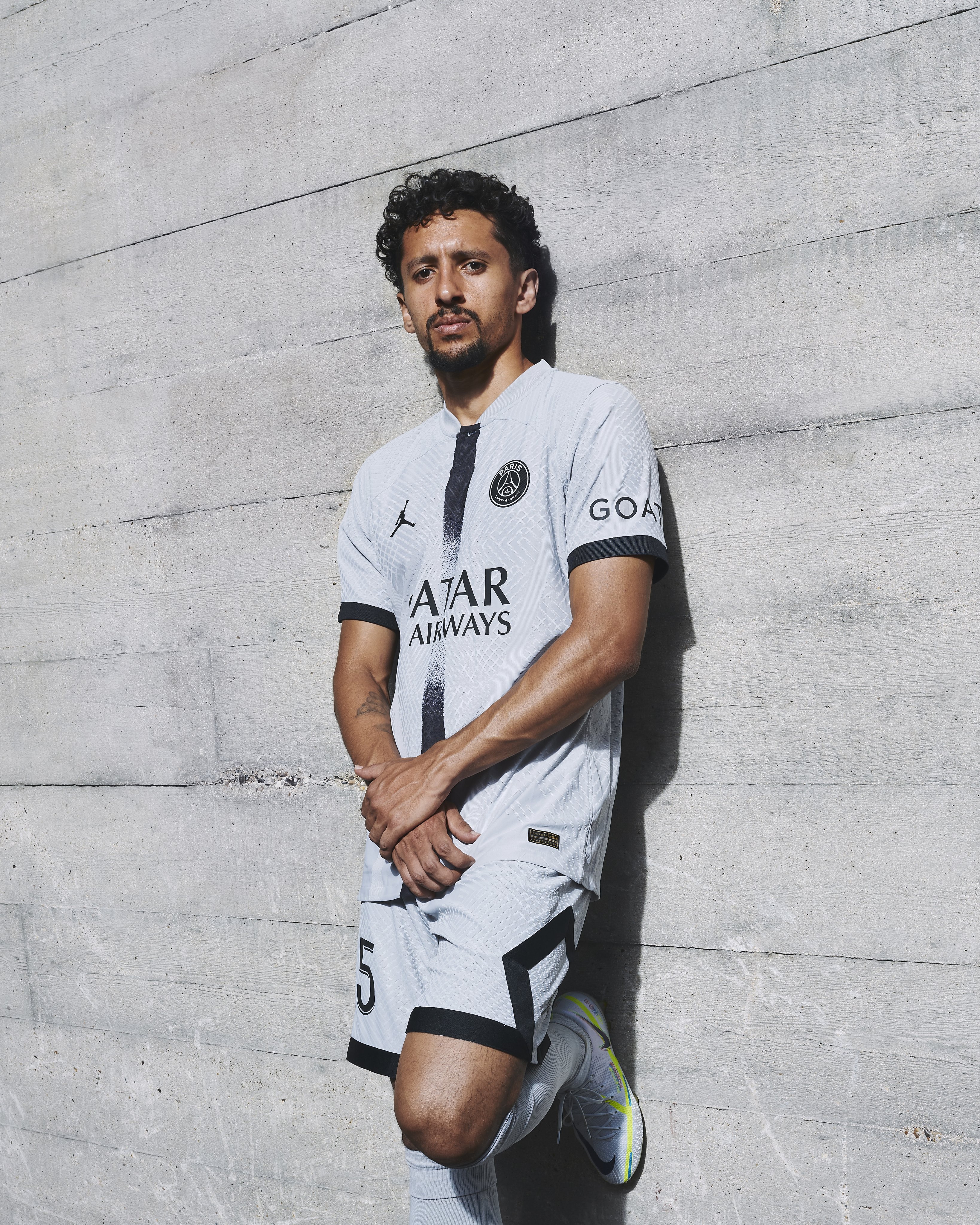 To accompany the launch of the jersey, Paris Saint-Germain is releasing a series of 5 exclusive “Le Parc est Magique” podcasts this month.

In addition to the jersey, Jordan is launching a PSG sneakers with the Air Jordan 5 Low PSG in a light gray color referring to the 2022/2023 away jersey.

The model, which will be sold at a price of 200 euros, is enhanced by the presence of a “paname” tag unrolled on a blue, white, red fabric, a blue Jumpman logo plastered on the tongue. The laces see their ends decorated with blue, white, red aglets. The Paris Saint-Germain x Jordan logo appears on the heel and on the outsole. 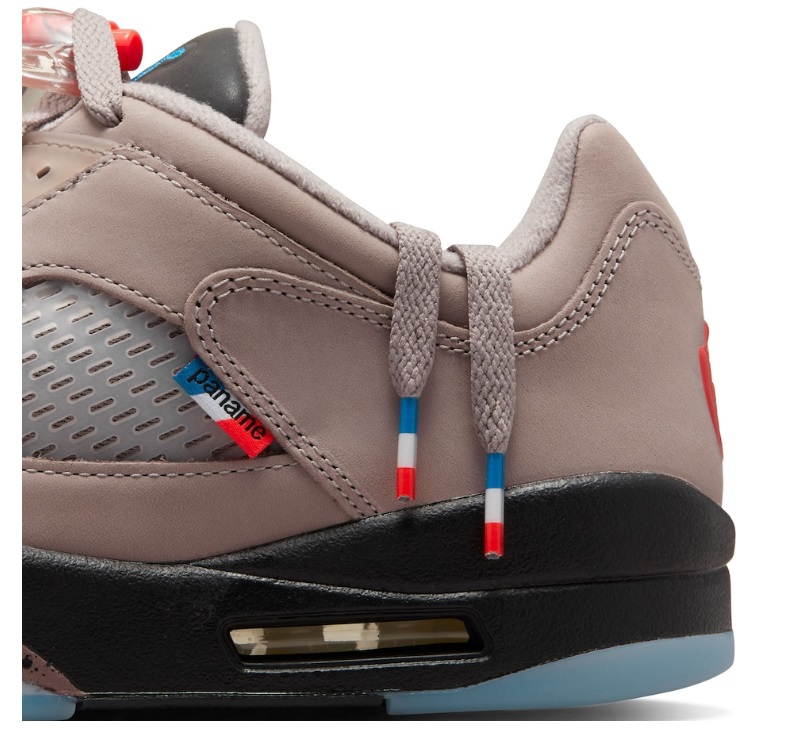 “Avatar” returns to the Dominican billboard, which also has two other premieres