“She Hulk”, “It Always Was Me”, “Predator: La Presa”, among other productions, are preparing their streaming and cinema releases

The streaming war continues its pace with the increasingly latent content offer on platforms. For their part, Disney Plus, Star+, Netflix and AppleTV+ have already announced the productions that will be leading their offer in the coming months with eye-catching titles such as “She Hulk”, “It Was Always Me”, “Echo”, “Cha Cha Real Smooth ”, among other news.

The platform of The Walt Disney Company continues to grow the Marvel Cinematic Universe with new superheroes, this week Disney + released the official trailer for its next series “She Hulk: Defender of Heroes”, a Marvel Studios production that reaches the streaming service on 17 August, starring actress Tatiana Maslany as She-Hulk/Jennifer Walters, a lawyer who specializes in legal cases involving the superhuman. 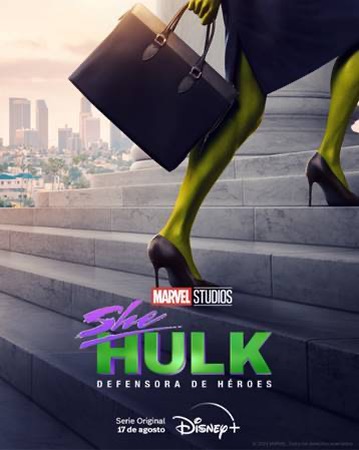 Executive Producer Kevin Feige, Chairman of Marvel Studios and Marvel Chief Creative Officer, welcomed Tatiana Maslany to The Walt Disney Company’s 2022 Upfront Presentation in New York. Both shared details of the upcoming premiere, which will be directed by Kat Coiro (episodes 1, 2, 3, 4, 8, 9) and Anu Valia (episodes 5, 6, 7), and with Jessica Gao as the main writer. “She-Hulk: Defender of Heroes” revolves around Jennifer Walters (Tatiana Maslany), who navigates the complicated life of a single lawyer in her thirties who is also a super-powered green giant of more than two meters tall. The nine-episode series features a host of veterans from the Marvel Cinematic Universe (MCU), including Mark Ruffalo as the Intelligent Hulk, Tim Roth as Emil Blonsky/Abomination, and Benedict Wong as Wong.

Along the same lines, Disney+ reveals the first image of “Echo”, a Marvel series that features the performance of Alaqua Cox, who returns to the MCU as Maya López alongside Chaske Spencer, Tantoo Cardinal, Devery Jacobs and Cody Lightning, with Graham Greene and Zahn McClarnon. After her appearance in the “Hawkeye” series in 2021, Echo’s origin story finds Maya Lopez in her hometown, following her ruthless behavior in New York City. She must confront her past, reconnect with her Native American roots, and embrace the meaning of family and community in order to move forward. Episodes of the series are directed by Sydney Freeland (Navajo) and Catriona McKenzie (Gunaikurnai). 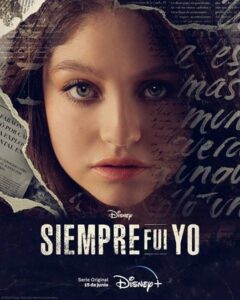 In the same streaming service, there is a preview of the new original Disney + series, “Always Was Me”, starring singer Karol Sevilla, Pipe Bueno and Christian Tappan, premiering on June 15. The production follows the adventures of Lupe (Sevilla), a Mexican girl whose life takes an unexpected turn when she finds out about the death of her father, El Faraón (Tappan), Colombia’s top music star; and she decides to leave her native Mexico behind to travel to Cartagena and attend her funeral. She quickly realizes that nothing is what it seems and she decides to enroll in a musical contest to be close to her father’s environment and investigate her suspicious death. She with Noah (Bueno), a young former assistant to her father. The new series features original songs produced by renowned music producers Mauricio Rengifo (member of the Cali and El Dandee duo) and Andrés Torres, and performed by Sevilla and Bueno.

Exclusively for Apple TV +, the film “Cha Cha Real Smooth” will be screened in select theaters and will premiere worldwide on said platform on June 17, 2022. From the hand of its director Cooper Raiff and together with the cast made up of actors Cooper Raiff, Dakota Johnson, Evan Assante, Vanessa Burghardt, Leslie Mann, Brad Garrett, Raúl Castillo and Odeya Rush, the film introduces Andrew, a 22-year-old who recently finished college, but does not have a clear path in life. life and is stuck back home with his family in New Jersey.

As for the streaming giant, it premiered the third and final season of the hit series “Who Killed Sara?” Created and written by José Ignacio “Chascas” Valenzuela, this thriller has gone around the world. Its first season is located within the historical top 10 of the most popular non-English speaking series on Netflix, according to the number of hours watched in its first 28 days. In addition, seasons 1 and 2 were among the most viewed content on Netflix in 87 countries around the world. 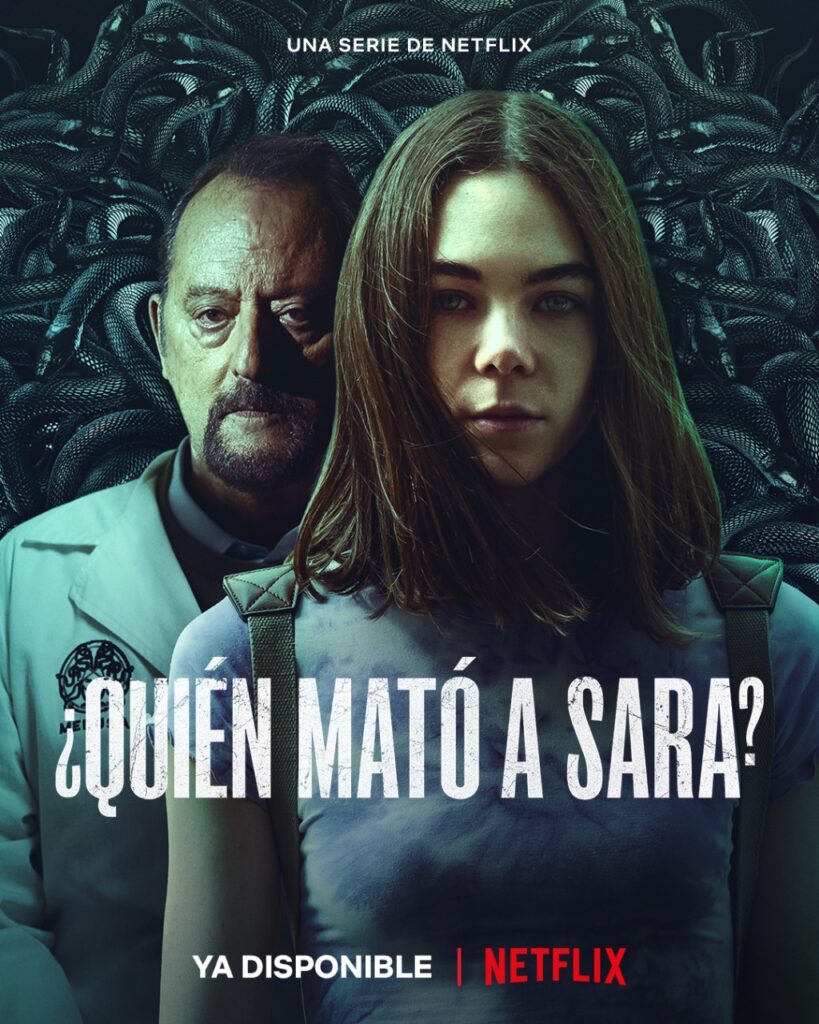 Now in this final part, the series premieres its third and final season that will resolve all doubts. Meet the grand finale of Who Killed Sara? from the hand of Manolo Cardona, Ximena Lamadrid, Jean Reno, Eugenio Siller, Carolina Miranda, Rebecca Jones, Ginés García Millán and all the great cast that has brought this story to life.

On the other hand, 20th Century Studios in conjunction with Star+ exclusively premieres the new action thriller directed by Dan Trachtenberg, “Predator: The Prey”, which is scheduled for release on August 5 on Star+. Set 300 years ago in the Comanche Nation, “Predator: The Prey” is the story of Naru, a fierce and highly skilled young warrior who grew up in the shadow of some of the most legendary hunters to roam the Great Plains. When danger threatens her camp, she sets out to protect the people from it. The prey she stalks and ultimately confronts turns out to be an evolved alien predator with a technically advanced arsenal, leading to a cruel and terrifying showdown between the two adversaries.

The most recent film by director Nicolás Pereda, “Fauna”, is ready for its theatrical release on June 23. With its world premiere at the Toronto International Film Festival, awarded the Ojo for Best Fiction Feature Director at the FIC Morelia and the Cinema Tropical Award for Best Ibero-American Film, Fauna tells the story of Luisa and Gabino, who visit his parents in a mining town in northern Mexico. The family is fascinated by Luisa’s boyfriend, Paco, an actor like her, because he is famous and appears in the well-known series “Narcos”. To deal with family tensions, Gabino imagines a parallel reality of detectives and organized crime. A sly and comic take on how violence has seeped into Mexico’s popular imagination.

Samrt Films México, the film festival made with cell phones, is pleased to announce its fifth edition, returning in person and democratizing cinema in Latin America and the world. The event brought together all creators, audiovisual entrepreneurs and personalities from the national and international creative industry and those who believe in digital transformation through art and audiovisuals. This face-to-face meeting is a dream that was fulfilled today at the UNAM University Cultural Center, Miguel Covarrubias Room, at 5:30 p.m.

Like every edition, the categories that will allow the community to recognize its resourcefulness, strength and especially, its creativity will be: Smartfilms Amateur Category, TeleKwai Vertical Filminuto Category, Suzuki Advertising Spot Category and Motorola Professional Category. For more information visit the page: https://smartfilms.mx/.