The story is set in the new Raccoon City, in South Africa, in the present and in the year 2036, in a post-apocalyptic London.

After decades of success as video games, animated movies, live-action movies, novels and comics, Resident Evil is given the series treatment to accommodate the streaming boom.

One year after the premiere of the latest feature film, Welcome To Raccoon City, Netflix will premiere the new stage of this Capcom franchise on July 14.

To tempt the public, the platform released its first teaser with images. It thus advanced an abundance of action and jumps in time to tell a story of horror, survival and corporate intrigue.

Lance Reddick will be Albert Wesker, one of the main antagonists in the original story, an employee of the Umbrella Corporation; his daughter Jade will be played by Tamara Smart as a teenager and Ella Balinska as an adult.

The story is set in the new Raccoon City, in South Africa, in the present and in the year 2036, in a post-apocalyptic London: Jade tries to survive in a world plagued by zombies while investigating what happened to her sister, Billie , in 2022, when the events unfolded.

To the rhythm of “I’d Like to Teach the World to Sing (In Perfect Harmony)”, a 1971 hit, the girls walk with their father through the futuristic setting of the new Raccoon City, in the second decade of the 20th century.

Jade becomes aware that her father and Umbrella, the company that runs the city, hide dangerous secrets.

Then, in 2036, Jade tries to escape from the bloodthirsty creatures left behind after the pandemic caused by the corporation. Fewer than 15 million people live on Earth, vastly outnumbered by the more than 6 billion creatures infected with the T-virus.

The first season of the series will have eight episodes. They will also perform in them Siena Agudong, Adeline Rudolph, Paola Nuñez, Ahad Raza Mir, Connor Gossatti and Turlough Convery.

“The games are the backstory,” Andrew Dabb, the production’s showrunner, told Gizmodo.

“So everything that happened in the games also happens in this world in the chronology in which it happened,” he added.

Regarding the films that Paul WS Anderson produced, Dabb said that his vision is different: he is interested in telling the moments of the apocalypse that are not commonly seen in zombie stories.

“The movie usually starts when the zombies show up, right? They don’t start earlier. And that is why we have not seen what the world was like when it had to assimilate what was happening, ”he argued.

“Humanity is adaptable, we get used to many things. We are literally adjusting to covid-19 right now. We would adapt to a zombie outbreak. It wouldn’t be nice, but we would adapt.”

There are many dangerous beings besides zombies, and the plot will explain why Wexler, who died spectacularly in Resident Evil 5: Retribution, is back. “Fans like things that feel like a natural extension of what they’ve already enjoyed. The Marvel Universe does that very well,” added Dabb.

“Most of those movies don’t adapt a specific comic: they take from here and there and create something new. Our approach is pretty much like that. The games are canon, and at the same time, it’s not a direct adaptation.”

Known in Japan, their country of origin, as Biohazard, biological risk, these horror video games were created by Shinji Mikami and developed by Capcom since 1996. The story that achieved global popularity is simple: a virus has spread, by mistake or with all intent, and transforms humans into monsters.

The Umbrella Corporation seems to have a lot to do with this bioterror danger.

In addition to its creator, Dabb (Supernatural), the series, which will premiere on July 14, was co-written and executive produced by Mary Leah Sutton.

Have the information instantly on your cell phone. Join the Diario Primicia group on WhatsApp through the following link: https://chat.whatsapp.com/Jv2hzmldg1SH1EaFbjb6h2

We are also on Telegram as @DiarioPrimicia, join here: https://t.me/diaryscoop 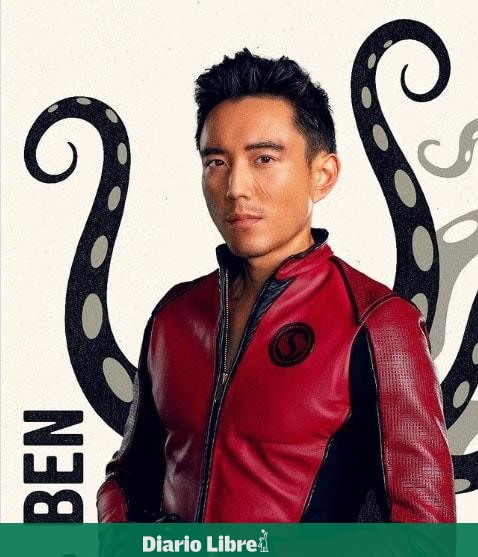