Valuable film inspired by events that occurred in the troubled Rosario of the 1920s, marked by the business of trafficking and prostitution.

Rosario, 1926. The sisters Magdalena and Anna Scilko arrive in Rosario from Poland with the promise of a future full of opportunities. Shortly after disembarking they will discover that everything has been a hoax and they will immediately become part of a trafficking and prostitution network dominated by the Abramovs.

Based on the animated series land of ruffianswhich in turn was inspired by the times of Warsaw / Zwi Migdal in “Chicago Argentina”, the debut feature by Fernando Sirianni and Federico Breser has, in principle, the structure of a documentary: a journalist (Ernesto Larresse) arrives at the house of Magdalena Scilko (the voice of Norma Aleandro), a woman who in 2000, at the age of 91, finally agrees to tell her heartbreaking and epic story.

The journalist in question listens to the recording of a newsreel from the time when the triple crime of León Abramov (Jorge Marrale), his son Aaron (Mariano Chiesa) and his nephew Ian (Nicolas Furtado) took place, who for decades dominated the business. of drug trafficking, smuggling and prostitution in Rosario. And both facts will be connected with the passing of the minutes. 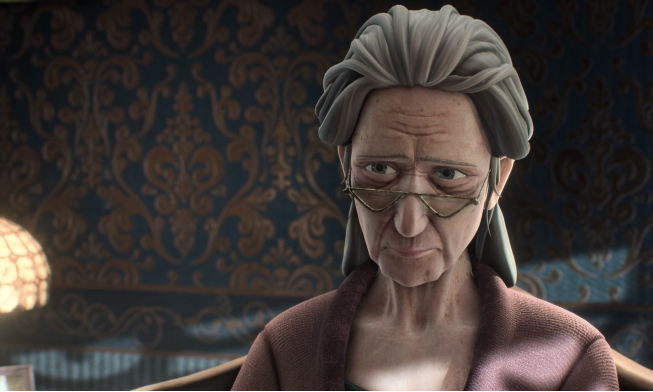 Magdalena, of course, was one of the victims of that underworld, but also a protagonist from her love story (inevitably tragic) with Ian. From the story in that present of the year 2000 we will travel to that convulsed decade of the 1920s with the young Magdalena now interpreted from the voice of Maite Lanata.

Built on those flashbacks like a film not to go quite classic with hyperviolent gangsters, The Paradise It has a few successful climates and valuable visual ideas, although at times the animation looks a bit “robotic” at times, without reaching the fluidity and naturalness that surely could have been achieved if a larger budget had been available.

In addition to the actors and actresses mentioned, the voices in secondary roles of other figures such as Alejandro Awada, César Bordón, Elena Roger, Favio Posca, Juana Viale, Claudio Da Passano, Carlos Kaspar and Marcos Woinsky are heard. Perhaps minor contributions in terms of minutes on screen, but very valuable for a film that deals with the excesses, abuses and miseries of organized crime with women as the main victims.