After its world premiere at the Berlinale 2022, another extraordinary human and, above all, artistic legacy of the Cave-Ellis duo arrives at MUBI for its fans.

Near the end of the film Nick Cave sings a beautiful live version of Balcony Manone of the songs included in the album carnival (2021). One of the verses of that great song says “This much I know to be true” (“This is what I know is true”) and that phrase has also remained as the title of this new documentary about thought, the creative process and the live art by Cave and his inseparable sidekick Warren Ellis.

To the Cave-Ellis duo, in truth, we should add the Australian (although he was actually born in New Zealand) Andrew Dominik, who has been working with them for a long time. If the leaders of the Bad Seeds composed, for example, the original soundtrack for The murder of Jesse James by the cowardly Robert FordDominik had already filmed another remarkable documentary about and with them as One More Time with Feeling (2016), disk-centric Skeleton Tree.

Without reaching the tops of 20,000 days on earth (2014), by Iain Forsyth and Jane Pollard, which in my opinion is still the best approach to the Cave universe, This Much I Know To Be True is a real delight for fans (and probably only fans) of Cave, Ellis and the Bad Seeds. 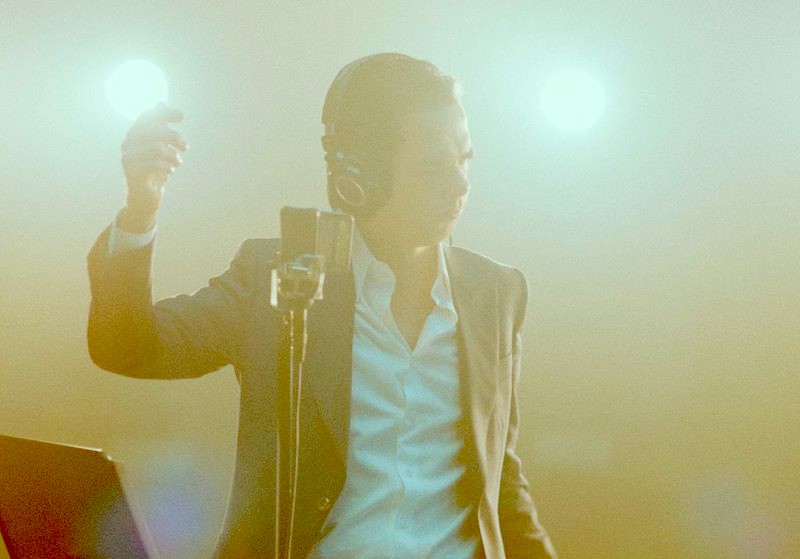 Although it has some intimate and introspective moments in which Cave (and to a lesser extent the more parsimonious and demure Ellis) explain their vision of art in times of pandemic and their particular creative process (they are quite harsh in admitting that much of what they do is frustrating and disposable material), the heart of This Much I Know To Be True goes through the live performance in a huge old shed/studio of a dozen songs from the albums ghosteen (recorded with the Bad Seeds) and the noted carnival (only from Cave and Ellis).

The moments in which Cave returns to the absurd death in 2015 of Arthur, his fifteen-year-old son, and how that tragic event has permeated his art and changed the relationship with his fans after the publication of The Red Hand Files from the frank and gritty exchange he has with many of them, they are truly moving, but still nothing comes close to the experience of seeing Nick and Warren pounding keys alongside a string section and choir performing songs. as beautiful and sad as the ones on the last two albums.

And there is a prologue dedicated to 18 diabolical figures conceived in ceramics in the middle of the pandemic by Cave himself, which give rise to a very typical account of the spirit of this artist and -already halfway through the documentary- an exceptional gift: the presence of a Marianne Faithfull quite weak, degraded, a bit of a dictator but equally smiling and beautiful, who takes off her oxygen to sing with them, while the attendees -with masks, of course- try to comply with her precise instructions.

Dominik doesn’t mind imperfections or mismatches. A microphone may appear in frame, another cameraman may be seen in the background shooting the same thing from a different perspective, but no one can deny the filmmaker and his talented Irish cinematographer Robbie Ryan the mastery of capturing the magic of live performances, even if at some point they go overboard with the circular shots that try to “envelop” these performances. Authenticity over prolixity, the confessional over the intellectual, the greatest art over the misfortunes of a world in a pandemic. That is what the unavoidable and unforgettable proposes (I repeat: for us, the fans) This Much I Know To Be True.

Amber Heard in bankruptcy after being unable to pay her lawyers