By Diego Batlle and Ezequiel Boetti

Reviews of two of the national novelties of the week.

Director of Clone, AU3 (Central Highway), Reset, start overthe Serie Carmel: Who killed Maria Marta? Y The Photographer and the Postman: The Crime of Cabezas achieves a detailed, patient and at the same time intense portrait of one of the most emblematic and contradictory settings in the country: the Colegio Nacional de Buenos Aires.-The National (Argentina/2022). Script and direction: Alejandro Hartmann. Photography: Sergio Chiossone and Alejandro Hartmann. Edition: Manuel Margulis Darriba. Sound: Martín Grignaschi and Julieta Passamonte. Music: Ciro Hartmann Martin. Producers: Hikuri Cine and Ponchosauer. Distributor: PCI Cinema. Duration: 82 minutes. In The Cultural San Martin (Sarmiento and Paraná) ★★★★✩The Colegio Nacional de Buenos Aires, better known as “El Colegio” or “El Nacional”, is an institution, a tradition, a place of belonging, prestige and distinction since its foundation back in 1863. Presidents have emerged from its cloisters , judges, legislators, intellectuals and guerrillas. Yes, a good part of the power was formed in those classrooms on Bolívar 200, very close to the Plaza de Mayo.

Alejandro Hartmann, himself a graduate of Buenos Aires and who at that time had a son at school (Ciro Hartmann Martín, in charge of the documentary’s music), began shooting The National at the beginning of the 2018 school year, which would be the last of the administration of the questioned rector Gustavo Zorzoli. These were (still are) turbulent times: the change in the rectory (Valeria Bergman would take over in her place) was joined by the resignation of the president of the Student Center and multiple complaints of abuse and harassment, as well as the formation of the Mujeres Empoderadas collective and the feminist militancy inside and outside the College (they were important participants in the green tide that fought for the sanction of the Abortion Law).

Hartmann, following the spirit of pioneers such as Frederick Wiseman, opts for a respectful and non-intrusive observation, although not for that reason objective or anodyne. The camera closely accompanies the girls and boys in their assemblies, their shots, their electoral campaigns towards the elections or their daily dynamics at the School. The result is an intimate and intense portrait that ranges from the debates (such as the already famous interview in which the reactionary journalist Eduardo Feinmann tries unsuccessfully to discredit the new president of the Student Center, Juana Garay) to fragments of previous works on the Buenos Aires (as the one-eyed king1991), going through the description of the internal organization that includes Latin classes or meetings of the Cooperator.

Beyond the institutional portrait, the most interesting and valuable of The National It is the exhibition of a paradigm shift: from a school dominated by a macho and patriarchal culture to another where politics became practically completely managed by those empowered and super-powerful girls in front of some men terrified by the wave of complaints and questioning.

Although four years have passed (then the pandemic would come), The National it is not without actuality, validity and relevance. And, if fortunately something has changed forever in this area, it will remain as a record of a period of profound renewal, a turning point. Hartmann, who this year also presented at the last BAFICI a documentary with many more resources but less personal imprint as The Photographer and the Postman: The Crime of Cabezasmanaged to enter a fascinating universe, full of nuances and contradictions, which he managed to capture and transmit in this remarkable work. DIEGO BATLLE

ElNacional_Trailer_BAJA.mov from ale hartmann on Vimeo. 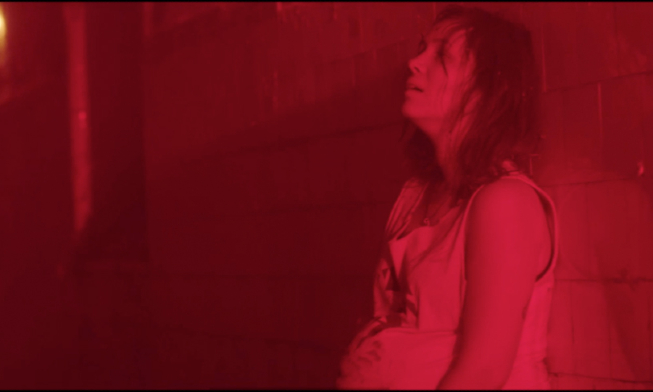 After passing through a festival specialized in horror like the one in Sitges, this new incursion by Monteoliva into genre cinema is released in theaters.

Things are not going very well for Lucía (Constanza Cardillo). The young woman has a pregnancy that barely allows her to walk and she lives in a remote cabin in the middle of the forest with her grandmother (Marta Lubos), an old woman who makes mystery a way of inhabiting the world. Although he does not get along very well with her, things get worse when he settles in the house of her son’s father, a ruthless leader of a metal band, nicknamed The Black Monk, who performs satanic rites in addition to music. You don’t have to be a genius to imagine the danger Lucia is in and her pregnancy.

If the premise sounds like exploitation cinema, it’s because Welcome to Hell It is proudly framed within that low-budget cinema and more concerned with frightening and disturbing than with building a coherent plot. The director Jimena Monteoliva (the same as slay the dragon and the very good Clementine) draws on a 1970s aesthetic – check out the title lyrics and the grainy images that accompany them – for this violent and unsettling claustrophobic thriller whose folds see a powerful allegation of female empowerment. EZEQUIEL BOETTI