Britney Spears and the Iranian physical trainer Sam Asghari said “yes, I do” last Thursday, June 9, in an intimate ceremony of around 60 guests held at their home in California. An appointment marked by the absence of some of the singer’s relatives, but which was attended by numerous well-known faces such as Madonna, Drew Barrymore, Paris Hilton, Selena Gomez or Donatella Versace herself, in charge of designing the wedding dress of the singer, a piece made of white silk with dropped shoulders and side opening, which she completed with a veil of four and a half meters and gloves embellished with pearls.

The black sequined dress that Paris Hilton wore during the ceremony also belonged to the Italian firm, while Drew Barrymore opted for a voluminous brown dress by Valentino. But among all the big brands, a much more affordable design slipped in, specifically that of Selena Gomez, signed by Zara.

The American singer and actress attended the ceremony in a three-piece suit made up of wide trousers with darts, a blazer double-breasted crossover with a top corset type with a strapless neckline. A total look in blue Klein that belongs to Inditex’s flagship and is still available on its website at a price of between 29.95 and 79.95 euros each piece.

It is striking that the celebrities opt for signature garments low cost, but the truth is that it is becoming more and more common to see designs from affordable brands at large celebrations or on the red carpet. A trend that is also supported by members of royalty such as Kate Middleton or Queen Letizia herself, an expert in combining pieces by great designers with more affordable ones from chains such as Zara, Mango or Massimo Dutti. 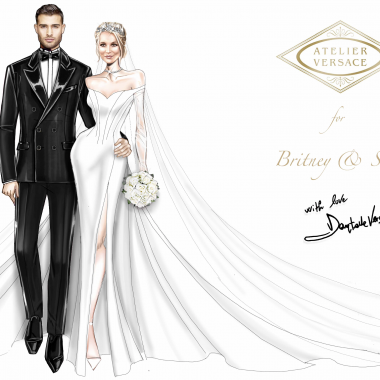 OPINION | The emotion of symbolic jewels