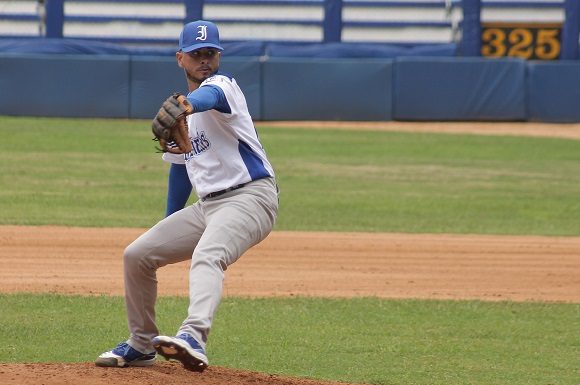 Erick Cristian González gave him the victory that Industriales needed to qualify for the postseason (Photo: Boris Luis Cabrera/Cubadebate)

The Industriales of the capital defeated the Cazadores de Artemisa 10-9 this Friday afternoon in the first of their three pending games, to reach 40 wins in the season and ensure a ticket to the playoffs of this National Series in its 61st edition. .

The team that has won most titles in our domestic championships, thus became the sixth classified for the great celebration of Cuban baseball, and will be fighting to reach its 13th crown in these classics from the end of this month of May.

The hosts could not in their house on July 26, before some visitors determined to end today with the wait of their faithful, anxious to see once again the blue flag of the Gothic letters waving in the seductive land of the postseason.

There was “everything like in a pharmacy” in this lawsuit declared under protest by the blue helmsman Guillermo Carmona, where it seemed that both teams were playing the last game of their lives: errors, too many bases on balls, hits, delays, rain, and until a reversal of an arbitration decision after an appreciation play that motivated the action of the capital management.

Twice the disciples of Lázaro Arturo Castro came from below in a demonstration of pride, in a clash that for them was a mere formality. Without complexes they gave it their all on the field by firing 15 arrows to get starter Raymond Figueredo and relievers Marcos Ortega and Andy Vargas off the mound.

The artillery of the Lions reacted effectively to make up for the deficiencies of their staff of pitchers and was able to make a dent in the anatomy of their rivals. Ariel Hechavarría singled and homered to drive in a couple of runs, captain Juan Carlos Torriente blasted two shots to bring home three, and Roberto Acevedo hit a hit that drove in two teammates.

Yosvani Peñalver also warmed up the woods by linking three indisputable ones with a double included, and Oscar Valdés with two RBIs, one of them to mark the definitive advantage.

Erick Cristian González, despite throwing a ball with full bags when he was called to the rescue, managed to stop the momentum of his opponents during the 3.1 innings he remained in the box, and reached his third victory of the season. 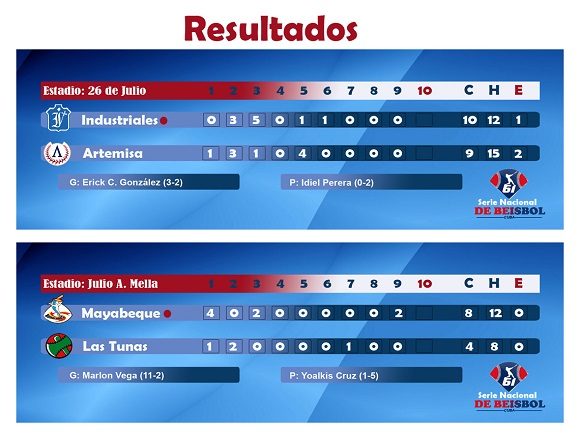 In the Julio Antonio Mella, the Mayabeque Hurricanes moved just one step away from making it to the playoffs, beating the Las Tunas Leñadores 8-4 to compile 40 wins in the championship.

Only a success or a defeat of the Leopardos de Villa Clara now need the disciples of Michael González to seize the precious ticket, which clearly seems to be a matter of time before it happens.

Right-hander Marlon Vega once again demonstrated what he’s made of, and with a long eight-inning stint in which he left his rivals with just five hits, he reached his 11th victory of the campaign to tie with the leaders.

Twelve hits were connected by the Westerners, three of them by Rafael Fonseca to drive in a couple of runs, who also scored a triple in the game. Javier Carabeo also brought in two runs for the plate with a single and double in five chances, and Yasniel González went 2-for-4 with an RBI.

Veteran Yoalkis Cruz could not do justice to himself once again, and had to leave the box in the very first inning, when four earned runs had been scored on him, valid to carry the setback.

For the Lumberjacks, Andrés de la Cruz went 3-2 with a couple of RBIs, and the inexhaustible Danel Castro hit hit number 2,357 of his glorious sports career, and was left alone in second place in history, only 21 hits behind. catch up with the leader Enrique Díaz.

In the duel Yuniesky Larduet stole three bases to reach 25 and reaffirm himself as the most swindler in the championship. 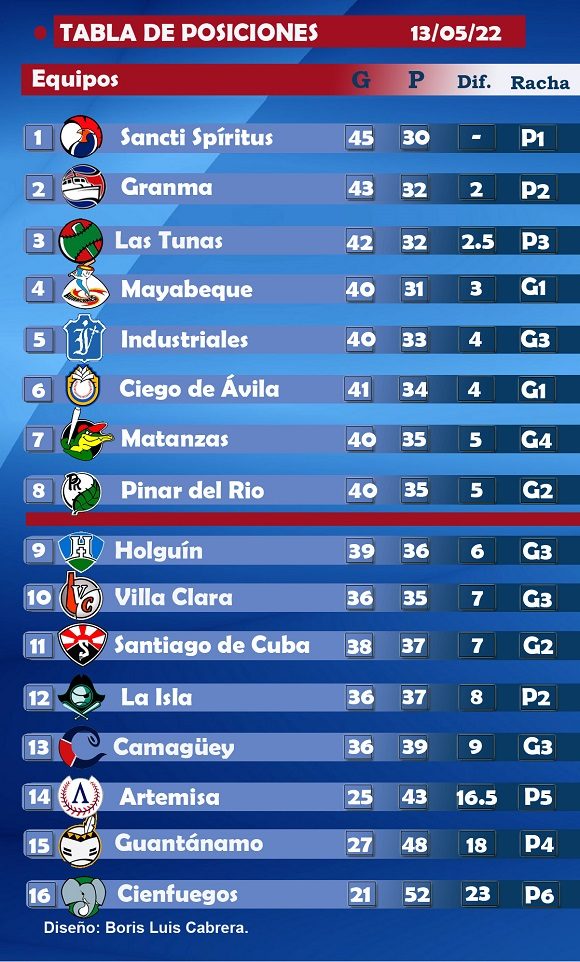