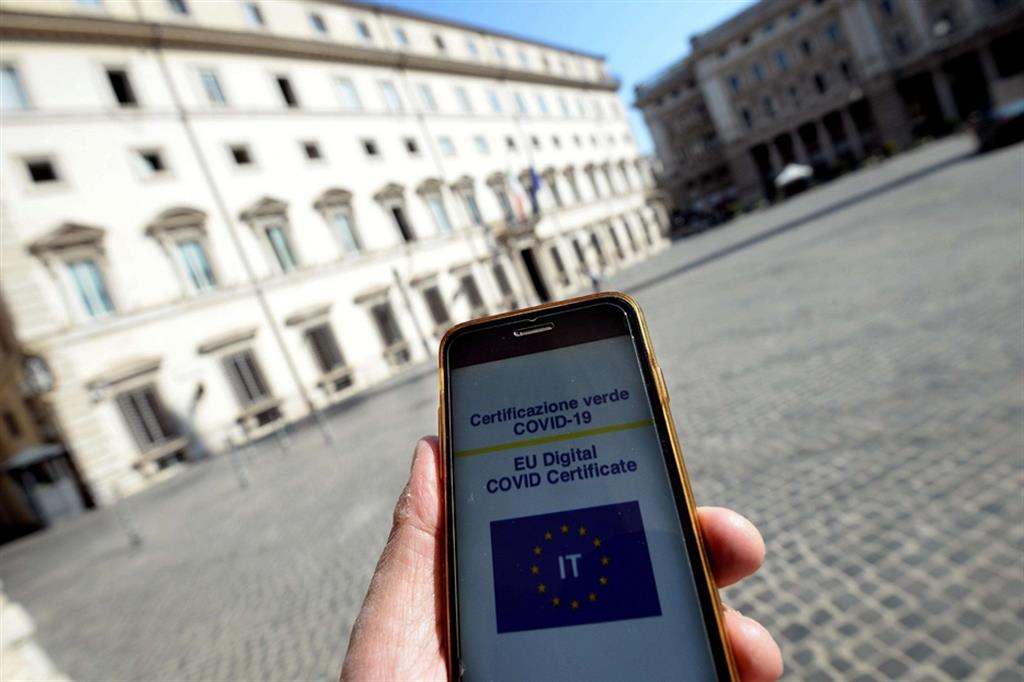 Today in Plazzo Chigi the decree law for the post-state of emergency covid is being discussed, which ends on March 31st – Ansa

March 31 is approaching, and with it also the end of the state of emergency linked to the Covid-19 pandemic. This afternoon the Council of Ministers met to discuss how to best deal with this meeting, which we could define as a watershed. In two weeks, the extraordinary commissioner, General Francesco Paolo Figliuolo, will also leave his post. And even the CTS (Scientific Technical Committee) of the Ministry of Health will be dissolved, as recalled by Prime Minister Mario Draghi, even if “the work is not finished and will be carried out by the Higher Institute of Health and the Higher Council of Health”.

The government has therefore identified a way out of the emergency phase towards a progressive return to normality, with a progressive relaxation of the anticovid measures.

To say that this return will be very rapid, however, does not seem possible. Every day there are thousands of new cases of coronavirus positivity and even dozens of deaths. On this the government was confronted internally, divided between prudent and supporters of “free all” as soon as possible.

On today’s agenda of the CDM there was therefore the decree law “Urgent measures to overcome the measures to combat the spread of the epidemic from Covid 19, as a result of the cessation of the state of emergency”

Before the CDM, the government met with the Regions. «April will be a month of transition – explains the president of the Conference of Regions, Massimiliano Fedriga -. There will already be some easing, we will continue to monitor the trend of the contagion which should never be underestimated, to then arrive at a further easing if not the cancellation of many of the measures we have known in recent years “.

The League, however, would have liked to anticipate the farewell to the green pass to April 15, close to Easter (April 17). For this reason, the meeting of the Council of Ministers was suspended for about a quarter of an hour. But after the brief suspension, as reported by some ministerial sources, the League’s request was refused.

The premier, Mario Draghi, then spoke at the press conference and underlined how the CDM has given the green light to “important measures that eliminate almost all the restrictions that have limited our behavior. At the end of March, therefore, the state of emergency ends. The government’s goal was to return to normality, to regain our sociality, I believe that the measures approved today recognize that this is a state we have reached “. But “we observe with great attention the trend of the epidemic curve and we are ready to adapt our apparatus to its evolution, even in a more expansive sense, if necessary”.

The prime minister has shown himself to be prudent and provident: “one of the purposes” that the government has pursued is that of “not dismantling the entire existing structure. We are aware that another pandemic could prove to be important even in some time. a structure “which however” acquires an ordinary character. If there are developments in the epidemiological curve that require interventions, they can be done with the existing structures “.

And as regards “the commissioner structure, this is transformed and will pursue” the objective of the “ordinariness of vaccination” which will be “carried out by the ministry of health and by the Regions”, also because, he explained, “a very important data on vaccinations is that thanks to vaccines almost 80,000 more deaths were avoided in Italy in 2021 alone “.

Let’s see the main points of the decree

From 1 April it will no longer be mandatory to have at least the basic Green pass to enter public offices, shops, banks, post offices or tobacconists. No extension is foreseen after March 31st for this type of obligation, in force since last February 1st and introduced in the Dpcm of last January. Even in open-air restaurants, according to what the regulations previously provided, it will not be necessary to show the Green pass.

With the basic green pass it will also be possible to access canteens, catering, public competitions; public and private training courses, face-to-face visual interviews with inmates and inmates, within prisons for adults and minors; public participation in sporting events and competitions, which take place outdoors “.

The suspension of workers without super green pass over the age of 50 “will no longer take place. It will be enough for them until April 30 to have the basic green pass. The suspension from work will remain only for the range of health personnel and workers of hospitals and of the RSA, in this case the extension of the obligation is to 31 December “, said the Minister for Health, Roberto Speranza.

Starting from 1 April, the rules on distance learning in schools no longer apply in the case of positive pupils. The dad will only be valid for students who tested positive at Covid. Therefore, from the day after the expiry of the state of emergency from Covid, only the students infected by the virus will remain at home, while those who have had strict contracts will be able to continue to attend in presence, under self-surveillance if 4 cases of positivity.

Furthermore, starting from 1 April it will again be possible to carry out educational outings and educational trips, including participation in sporting events. In short, school trips start again.

An increase of 70.5 million of the Fund for the epidemiological emergency from Covid is expected for the school year 2021-2022. The resources will be distributed among the schools for the purchase of protective devices, materials for individual and environmental hygiene as well as any other material, including consumables, that can be used in relation to the epidemiological emergency.

Get to know Nordic walking, the exercise to improve your daily life