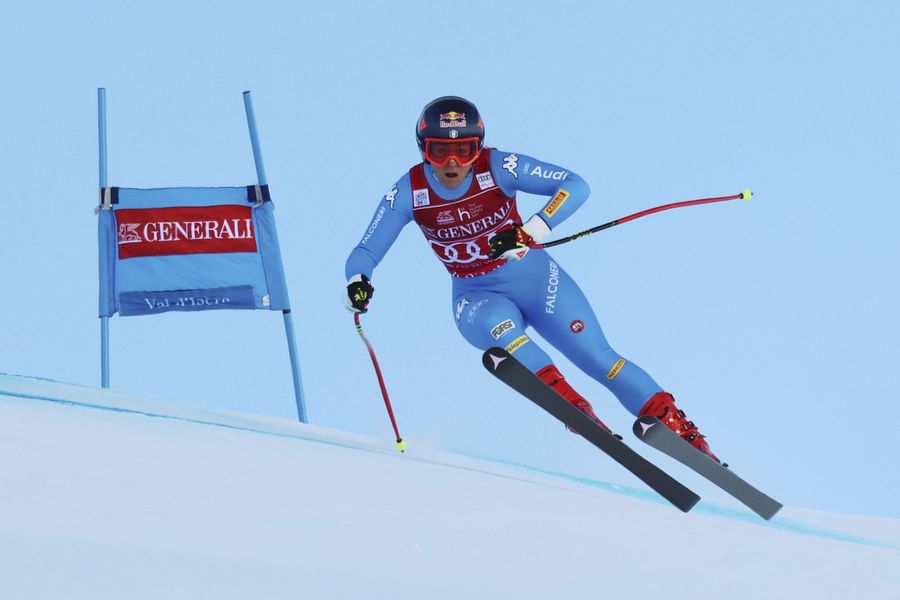 OA Sport offers you the direct live text of winter sports: all the results of the today, Saturday 15 January 2022, with the news in real time, minute by minute, so as not to really miss anything. Let’s start at 08.30 with alpine team snowboarding.

Hello friends of OA Sport and welcome to our Live Direct dedicated to winter sports.

SNOWBOARD – The second mixed team PGS of the 2021-2022 parallel snowboard World Cup has just ended. To triumph on the snows of Simonhöhe (Austria) is Austria with the couple made up of Alexander Payer and Sabine Schoeffmann. Second Germany with Stefan Baumeister and Melanie Hochreiter and third Korea with Sanghoo Lee and Haerim Jeong. On the other hand, Italy is absent.

ALPINE SKIING – It must be said that Altenmarkt-Zauchensee does not compete every year. Sofia Goggia has never been on the podium here. The last time he ran in 2020 and downhill he finished fourth behind Corinne Suter, Nicol Delago and Michelle Gisin

ALPINE SKIING – Sofia Goggia leads the Downhill World Cup with 300 points, followed at -60 by Breezy Johnson. The American, however, will not be in the race due to knee problems. Also noteworthy is the absence of Mikaela Shiffrin, while Petra Vlhova will start with bib n.6: the Slovakian wants to take home very heavy points for the overall World Cup.

SLEDGING – Germany dominant in the men’s single in Oberhof after the first run. Triplet for the hosts with Johannes Ludwig in command ahead of Max Langenhan and Felix Loch. Italians very far away. The best is Dominik Fischnaller, twelfth, then Leon Felderer, 15th, Kevin Fischnaller, 21st, and Lukas Gufler, 24th.

ALPINE SKIING – The general classification of the World Cup sees Mikaela Shiffrin in the lead with 966 points, followed by Petra Vlhova 911 and Sofia Goggia at 657. The blue has collected very little in giant between the end of December and the beginning of January. Now his races are back …

ALPINE SKIING – The Zauchensee descent with Ramona Siebenhofer has begun.

ALPINE SKIING – Nufer is second at 1 ″ 45. Attention now to the German Kira Weidle, who did better than Sofia Goggia in the first test.

ALPINE SKIING – The German Weidle takes the lead with 34 cents over Siebenhofer. In the final part he skied well. Now the Norwegian Ragnhild Mowinckel, back in great shape.

NORDIC COMBINED – Kristjan Ilves is in the lead in Klingenthal at the halfway point of the Gundersen World Cup. Behind the Estonian we find the Japanese Ryota Yamamoto, then the Austrian Johannes Lamparter, one second behind. There were no Italians in the race.

ALPINE SKIING – FALL FOR SOFIA GOGGIA! There is freezing blood.

ALPINE SKIING – Sofia Goggia ended up violently in the nets, luckily she got up immediately. The skis have released. She slipped on the exit from a curve to the right. He took a bad shot in the belly. But, we repeat, he is already standing and walking on his legs. How scary, friends.

ALPINE SKIING – Petra Vlhova is last at 2 ″ 17: she will not collect as many points. Today Sofia Goggia lost an opportunity for the general classification, but that’s fine: the important thing is that she didn’t get hurt after a crash that was still violent. Now the Swiss Corinne Suter, who here won in 2020 ahead of Nicol Delago.

ALPINE SKIING – Corinne Suter risks falling and is third on arrival at 0.89. Let’s see Nicol Delago: at the moment she is not sure she will be called up for the Olympics, she needs a strong result.

ALPINE SKIING – Nicol Delago loses a lot in the lower part and is fourth at 1 ″ 20. We’ll see if sister Nadia can do better with bib n.19. Now Lara Gut-Behrami: great chance for Switzerland with the exit of Sofia Goggia.

ALPINE SKIING – Gut-Behrami is unbalanced on the final jump, but takes the lead with 10 cents on Kira Weidle. Now the Canadian Gagnon.

ALPINE SKIING – The first 10 went down. Lara Gut-Behrami led the way with 0.10 on Weidle and 0.44 on Siebenhofer. Sixth Nicol Delago at 1 “30, last Petra Vlhova at 2” 27. Sofia Goggia out after a violent fall. She had the advantage, almost certainly now she would be in the lead if she had reached the finish line, but the glass is still very full: nothing has been done (except for a few bumps, of course) and it was not at all obvious given the dynamics of the accident.

ALPINE SKIING – The Swiss Flury is sixth at 1 ″ 24. Now Elena Curtoni. Let’s see if he can revive Italy.

ALPINE SKIING – Elena Curtoni eighth at 1 ″ 35. The blue ones seem to be destabilized after the exit of the Sofia Goggia lighthouse.

MONOBOB – The final stage of St. Moritz, also valid as a European Championship, goes to the American Kaillie Humphries in 2: 22.27 in front of compatriot Elana Meyers-Taylor at 4 cents, third Cynthia Apphia (Can) at 95. Fourth the German Mariama Jamanka at 97 who becomes European champion. Elana Meyers-Taylor, on the other hand, wins the overall World Cup.

ALPINE SKIING – Austrian Christine Scheyer is seventh at 1 ″ 26. Only Brignone and Nadia Delago remain in Italy to try and straighten the day. Now the Austrian Tamara Tippler.

ALPINE SKIING – Tamara Tippler is 14th at 2 ″ 34, last: she also finishes behind Petra Vlhova. It’s up to Federica Brignone.

ALPINE SKIING – Stupendous Federica Brignone in the final part. It recovers over 3 tenths in Gut-Behrami and closes at 0.87: it is fifth.

ALPINE SKIING – NOOOOOOOOO !!! Nearly missed podium for Nadia Delago! Fourth at 0.52 from Lara Gut-Behrami, third place was at 8 cents. Patience, maybe it will come on a more important occasion … 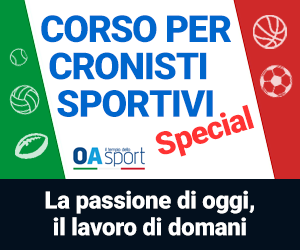