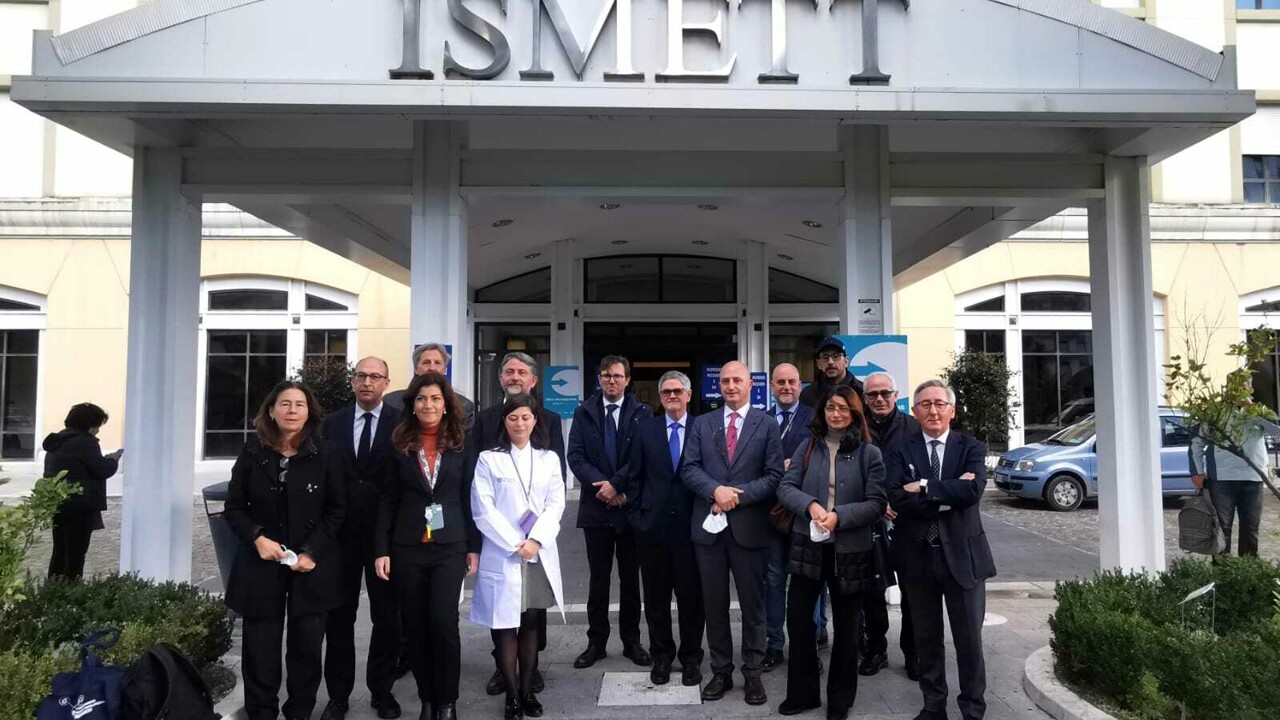 State-of-the-art laboratories and equipment to start Precision Medicine projects in Sicily. ISMETT, Ri.MED Foundation and UPMC have created the new Research Infrastructure (IR) laboratories thanks to an investment co-financed by the Sicilian Region – Productive Activities Department, through the resources of the OP FESR Sicily 2014-2020. The funding made it possible – through the acquisition of new technologies and the creation of new laboratories – to strengthen and consolidate the Research Infrastructure already existing in Ismett.

The Research Infrastructure was today at the center of the visit of the delegation of representatives of the European Commission. The delegation – in Palermo to participate in the Supervisory Committee on European funds – recognized the IR project as “one of the most significant projects financed with PO FESR Sicily 2014-2020 funds”. To participate in the visit – in addition to the representatives of the Commission – the Regional Councilor for Productive Activities Mimmo Turano and the officials of the Sicilian Region.

12 laboratories have been upgraded within the IR, in an area of ​​800 m2, thanks to an investment of over 16.4 million euros, 50% divided between the beneficiaries and the Region. “This is an important investment – underlines Angelo Luca, Director of Ismett – which includes, among other things, the creation of a new GPM facility for cell therapies, a biobank, a laboratory for the development of vaccines, a printing laboratory 3D to customize surgical interventions more and more, one of sensors that will allow the development of the Internet of Things (IoT) and the creation of a Big data laboratory with the possibility of collecting not only clinical and laboratory data but also environmental data , of lifestyles and health “.

The new laboratories will allow doctors and researchers to have large masses of data (big data) that can be used by storing them in platforms capable of receiving and analyzing them using mathematical algorithms of artificial intelligence such as machine learning, deep learning, data mining and artificial neural network. In this way, valuable information will be revealed not only on serious pathologies such as neoplasms, but also on the prediction of clinical course and response to therapy. A project born thanks to the support of UPMC, the US medical center, in fact, has already created a Big Data platform for Business Intelligence and Research at the Hillman Cancer Center in Pittsburgh.

“The research infrastructure of Ismett and Rimed projects the Sicilian Region into the national and international panorama of life sciences, increasing its competitiveness in terms of technological innovation and know-how and the ability to attract investments. The challenge – continues Angelo Luca – is to create new personalized clinical approaches for groups of patients selected for biological profiles and clinical and digital phenotypes and to identify new treatments and prevention methods, which make it possible to move from therapies and prevention models that are the same for everyone. to treatment paths indicated for ever smaller groups of patients, giving greater chances of recovery and avoiding unnecessary treatments that expose patients to unjustified risks and that unnecessarily increase the costs of treatment “.