The National Superintendence of Higher University Education (Sunedu) has just granted a license to the undergraduate medicine program of the Peruvian University of Applied Sciences (UPC) for a period of ten years. With this house of studies there are already eight universities that can offer this professional career with the proper licensing.

Sunedu explained that in order to issue authorization, it performs a task of verifying basic quality conditions.

Regarding the licensing process for the medicine program at UPC, Sunedu reported that criteria such as progression in research trainingthrough the incorporation in the study plan of seven subjects on research.

“In the same way, it was shown that the university exceeded the minimum required percentage of 5% of professors who carry out research and are included in the national records of Concytec – Renacyt. These teachers have publications in the Web of Science and Scopus databases with affiliation to the university in the period 2015-2021″, they pointed out. Other aspects evaluated are the infrastructure, safety and welfare.

To date, Sunedu has licensed a total of eight medicine programs in which approximately 8,000 students are enrolled. The programs of other universities, such as the National University of San Agustín de Arequipa, are in the licensing process and others are about to be evaluated.

It has also required an adaptation plan for another thirteen programs at eleven universities so that they can “close the quality gaps that allow them to continue providing the service and ensure the adequate training of future medical professionals in our country”. 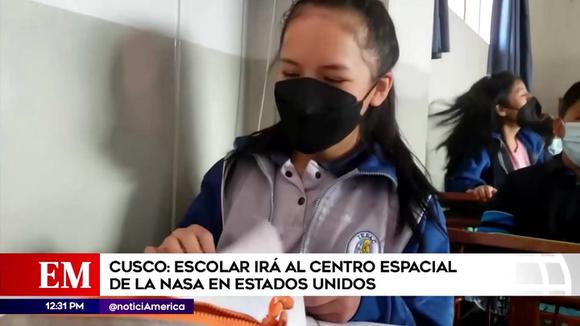 School will go to the NASA space center in the US