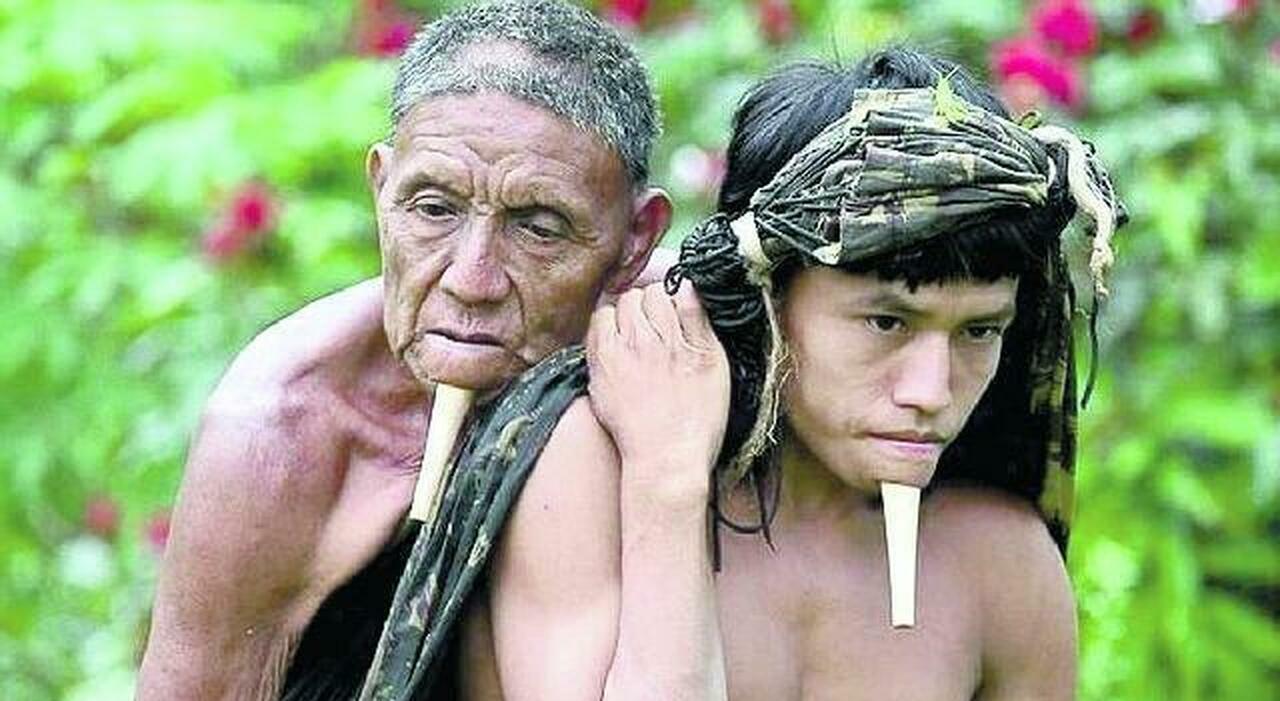 The scourge of Covid-19 also hits hard the Amazon and the vaccine is a far from easily accessible resource. The 24-year-old indigenous Tawy did not hesitate to walk for hours with his 67-year-old father Wahu, suffering from physical problems, on his shoulders to guarantee him the main form of protection from the lethal effects of the virus. Tawy and Wahu belong to the indigenous Zó’é community which has about 325 people and lives in Northern Pará.

Fourth dose, the Ema slows down: “No to close vaccines, they can reduce defenses”
VIRAL PHOTOS ON SOCIAL MEDIA
It was 52-year-old neurosurgeon Erik Jennings Simões who immortalized the story with one of the photographs destined to remain in the fight against the pandemic albums. Jennings has been working on a health protection mission in the Amazon for many years. On January 2, he shared the shot on his Instagram profile, which dates back to January 22, 2021, which has now gone viral.
In the social network Jennings tells the story as follows: «This was the most significant moment of 2021. Tawy tied his father to himself with a sedan chair of intertwined ropes and they set off. He walked for six hours in the forest among many obstacles to get to our vaccination center. After the administration they returned to the village. So far the Zó’é population has not been affected by any contagion ».
The choice of Tawy has a strong cultural value, because it challenges the laxity that characterized the fight against the pandemic especially in the first phase in Brazil. An attentive witness on the field of the situation in the Amazon is Eliane Brum, born in 1966 in Ijuí in southern Brazil, an internationally renowned journalist and writer, one of the most important narrators of the social, environmental and political transformations of the South American giant.
“The coronavirus infests indigenous villages and threatens isolated populations, explains Brum. The covid-19 and the lack of interventions risk dismantling the resistance for environmental protection. Letting the pandemic advance into the forest and denying preventive and protective measures resulted in the deaths of several prominent indigenous leaders who led their peoples in the struggle for land and forest conservation.

FAVORABLE FOR VACCINATION
Tamy’s will also shows the degree of openness to the world of the indigenous people, increasingly threatened in their ecosystem, who have welcomed the vaccination campaign.
“The forest and the favelas are perhaps the places where an idea of ​​belonging that goes beyond one’s navel is still preserved,” continues Brum. The indigenous and other peoples who inhabit the Amazon rainforest see themselves as part of nature and have shown themselves capable of living for millennia without destroying the world of others. They have a deep sense of responsibility which is also confirmed in the pandemic emergency ».
The main danger comes from those who come from outside the forest and the inhabitants want to protect themselves. According to data from the Indigenous Health Secretariat, the virus has affected 57,000 Brazilian natives and killed 853, which is a considerable proportion for these communities. The challenge, as in other places in the world that are difficult to access, is purely logistical together with the lack of health care that afflicts the Region. The team led by Jennings Simões managed to reach inaccessible places, went as far as the villages and connected also thanks to the radio.
At the beginning of the vaccination against Covid-19, indigenous peoples were considered a priority, because they are the most difficult to protect. In this case, the dialogue built up by the Jennings team was fundamental, transmitting trust and laying the foundations for the countryside in the villages, with respect for the cultural traditions of the Zó’é.