Matchday 14 of the Clausura 2022 was played and there were some surprises this weekend, since Pachuca stopped being the leader of the tournament to give way to Tigres, because they won by beating Toluca; likewise, at the last minute, Pumas got the three points against Monterrey that puts them in the Repechage zone.

As if that were not enough, Chivas beat Cruz Azul 1-0 with its new coach, interim Ricardo Cadena, who entered the Azteca Stadium with the complicated task of giving a little calm to a Guadalajara that is going through a bad time in terms of results and with his fans, for this reason he won to be the DT of the 11 MT of this date.

In general, the ideal squad chosen for halftime is mostly commanded by felines, four elements from Tigres and two from Pumas; For those of the UANL, two players who scored against Diablos appear in the middle, Juan Pablo Vigón, who is the second best scorer for the Nicolaítas, and Sebastián Córdova, who has already debuted with his goal as auriazul.

In addition, they also stand out in central with Guido Pizarro, who had to adapt to that position and does it very well; and of course, Jesús Angulo who became indispensable in the team of Miguel Herrera, the leader of the defense.

For Pumas there is the goalkeeper Alfredo Talavera, because if it were not for him, Rayados would have done his thing in CU, but with his great saves he was able to leave the frame at zero and thus give UNAM the opportunity to get the three points at the last minute , this thanks to Washington Corozo, who with his double at 91′ and 94′ coming off the counterattack, earned a place in the 11 MT.

In the lead he is accompanied by Gonzalo Sosa, who with a pair of goals gave Mazatlan the victory over Atlas; Jordán Carrillo is placed as midfielder or left winger, an 18-year-old who is already the jewel of Santos and his goal saved the team from defeat in stoppage time against Gallos; while Alejandro Zendejas is placed on the right, who caused an annotation for América and scored a goal in the 3-1 win over Xolos.

And if Cadena was mentioned, it is also worth noting the left back, Cristian Calderón, who was responsible for scoring the winning goal for Chivas against the Machine, a header that gives his team a break; On the right, the side from Pachuca, Kevin Álvarez, stands out, as he added his fourth assist in the 2021-2022 season and beyond his great offensive presence, he stops rivals and wins duels facing the opponent. 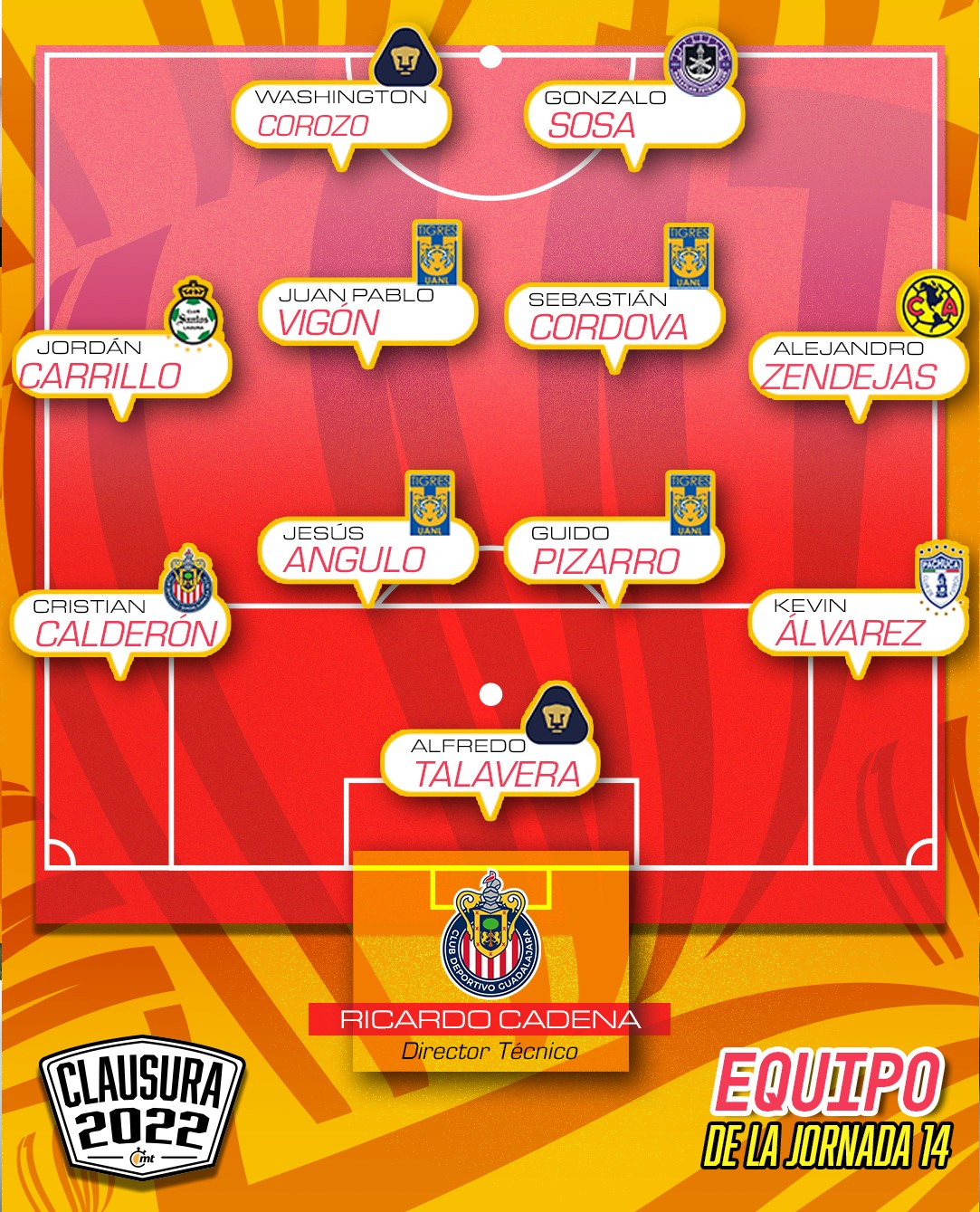