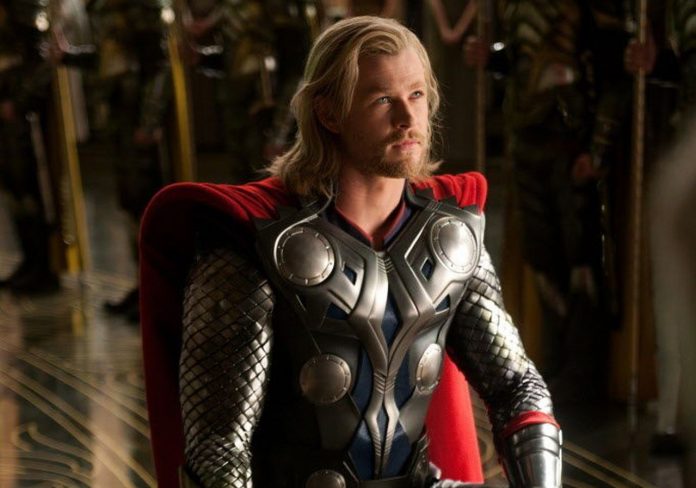 We have been used to seeing for over a decade Chris Hemsworth in the role of the God of Thunder and it certainly cannot be said that fans were disappointed in him. From perfect facial features to a truly enviable physique, the actor has proven that he has all the credentials for the part. It is no coincidence that he is about to return to his fans with the fourth chapter of the franchise, Thor: Love & Thunder.

But have you ever wondered what the actor was like before the role that made him so popular? To tell the truth until now it was almost impossible to find out, since Hemsworth made his film debut in 2009 with Star Trek, where he briefly plays Kirk’s father. A role very close to that of Thor, which dates back to just two years later. To satisfy the curiosity of the fans, the same interpreter shared a photo of him as a young man on social networks, struggling with the very first role. It was the year 2002 and a very young Chris Hemsworth played King Arthur in a series entitled Guinevere Jones.

He also jokes in the post that after that role he only had two ways: to grow his hair and dye it because fans would only recognize him that way or he would stop working. “Neither was the truth, life is fun for that tooHe adds immediately afterwards.

In fact in this shot it is really unrecognizable and certainly the wig does not help. On the other hand, the actor was only 19 in the shot, 9 years younger than he was in Thor. Not to mention that hard physical training and a totally different look made a huge difference. Would you have recognized it if you had stumbled upon the photo by mistake?

Read also: Thor: Tom Hiddleston reveals the incredible reason why Marvel chose Chris Hemsworth and not him for the role