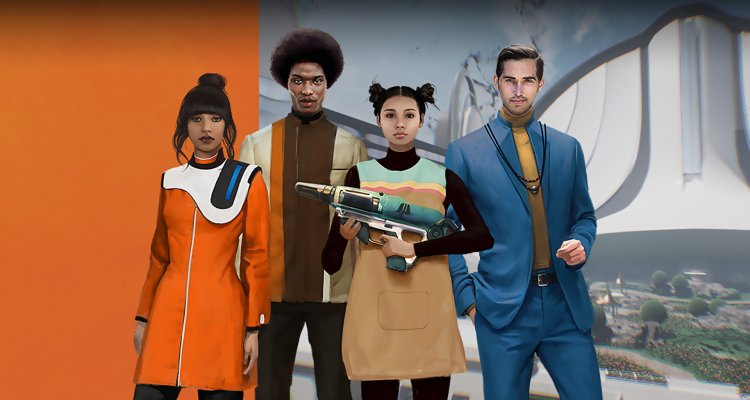 Available in early access on PC and Xbox, Stray Bombay’s first game winks at Left 4 Dead and 70s sci-fi: we tried The Anacrusis.

Apparently the co-operative shooter trend is back in fashion: a few months after the excellent Back 4 Blood, and a few days after the launch of Rainbow Six Extraction, it made its debut in early access on PC and Xbox (free on Game Pass) also the first game by Stray Bombay, the development team founded by the former Valve Chet Faliszek.

Well, Faliszek has not even remotely thought of reinventing the wheel for this project, aiming more than anything else to create a variation on the theme of Left 4 Dead with aliens and a science fiction in the style of the 70s, full of a “retro technology” made of colorful buttons and cathode ray tube monitors. A successful experiment?

We have tried The Anacrusis for a few hours and here are our impressions.

Let’s start by saying that if there’s one aspect that The Anacrusis really lacks, it’s there history; which would also make sense, considering that we are dealing with a cooperative shooter with zombies … with aliens, or rather with people under the control of aliens. The point is, however, that the complete absence of an introduction proper, beyond a short and frankly horrible cutscene, pushes the game to fail its first goal, which is to immerse ourselves in the peculiar atmospheres of its vintage sci-fi.

Anyway, the opening words are simple: a huge tourist spaceship is attacked by extraterrestrial parasites that transform almost the entire crew into hybrids mostly devoid of intellect but damn hostile towards the few survivors, that is the four protagonists of the adventure: Guion, Nessa, Liu and Lance. The latter will therefore have to take up arms and go through a series of scenarios in an attempt to survive and find a way out of this nightmare.

As mentioned at the beginning, The Anacrusis is currently available in early access, so it is one preliminary version of the game that could still include some glitches (and includes them, mind you) and that does not boast all the contents of the complete product, which should arrive in a few months. Specifically, there are only three of the five total missions, each one that can be completed within an hour but voted for replayability thanks to a whole series of dynamic elements driven by the now inevitable “master” style artificial intelligence.

The formula, needless to reiterate, is the same as in Left 4 Dead: together with three other players or alone, with companions controlled by the CPU (but, at the moment, the bots have different problems with blocks and various papers), we will have to cover paths that take us from one safe room to another, eliminating along the way all the enemies we find, including the inevitable special aliens: the Brute, a tank that charges furiously; the Grabber, which grabs one of the characters with its tentacles; the Flasher, which blinds players with light; the Gooper, who can immobilize them with his mucus; and the Spawner, which produces “eggs” that move and attack like turrets.

Right from the start, the similarities between The Anacrusis and the classic L4D appear so marked that one has the feeling of being faced with a simple mod of the shooter produced by Valve. The problem, of course, is that this kind of mechanical are now dated, and it is no coincidence that the original authors of the game, Turtle Rock Studios, have tried to refresh them with their latest title, Back 4 Blood, thanks to a more solid gunplay and the introduction of cards.

Playing with friends, Stray Bombay shooter definitely turns out enjoyable and fun, but only because the formula still works well and there aren’t many more proven ones. At the moment, however, it is difficult to find other advantages to the game and the feeling of the guns is really disappointing: most of the guns look like toys, their performance is basically identical and there are some quite evident problems with the hitboxes.

Finally, we come to technical realization, which unfortunately turns out to be one of the less successful aspects of this production. The Anacrusis seems in fact a title developed about ten years ago for geometry, animations and effects, and also on the aesthetic front it fails to center the point or to enhance the peculiar setting, whose contaminations of the ’70s are made alive only in the bad introductory sequence and in a couple of moments of the campaign.

Even the level design is flat and anonymous, although the scenarios of the third mission make a massive use of the screen space reflection to give thickness to the reflective surfaces and therefore earn some points. It is however inexplicable that a title with this polygonal complexity struggles to turn to 4K And 60 fps on an RTX 3070 without using DLSS, or that the appearance of the Flasher and its glow causes the frames to drop dramatically.

A similar argument can be made for the sector sound: if the goal was to characterize the experience, for the moment it has not been achieved in the least. From this point of view it was really legitimate to expect more from soundtrack, which only rarely enters the scene.

The Anacrusis is a cooperative shooter basically identical to Left 4 Dead but with much less character, unable at this moment to best express what its peculiarities should be, first of all the sci-fi setting of the 70s. The early access version has several problems in terms of glitches and crashes that we imagine will be solved, but we are not sure that the authors will be able to give depth and substance to such inflated mechanics and to such an outdated technical sector. That said, if you’re an Xbox Game Pass subscriber and have a few friends to play co-op with (matchmaking currently has a hard time finding users online), check it out anyway.