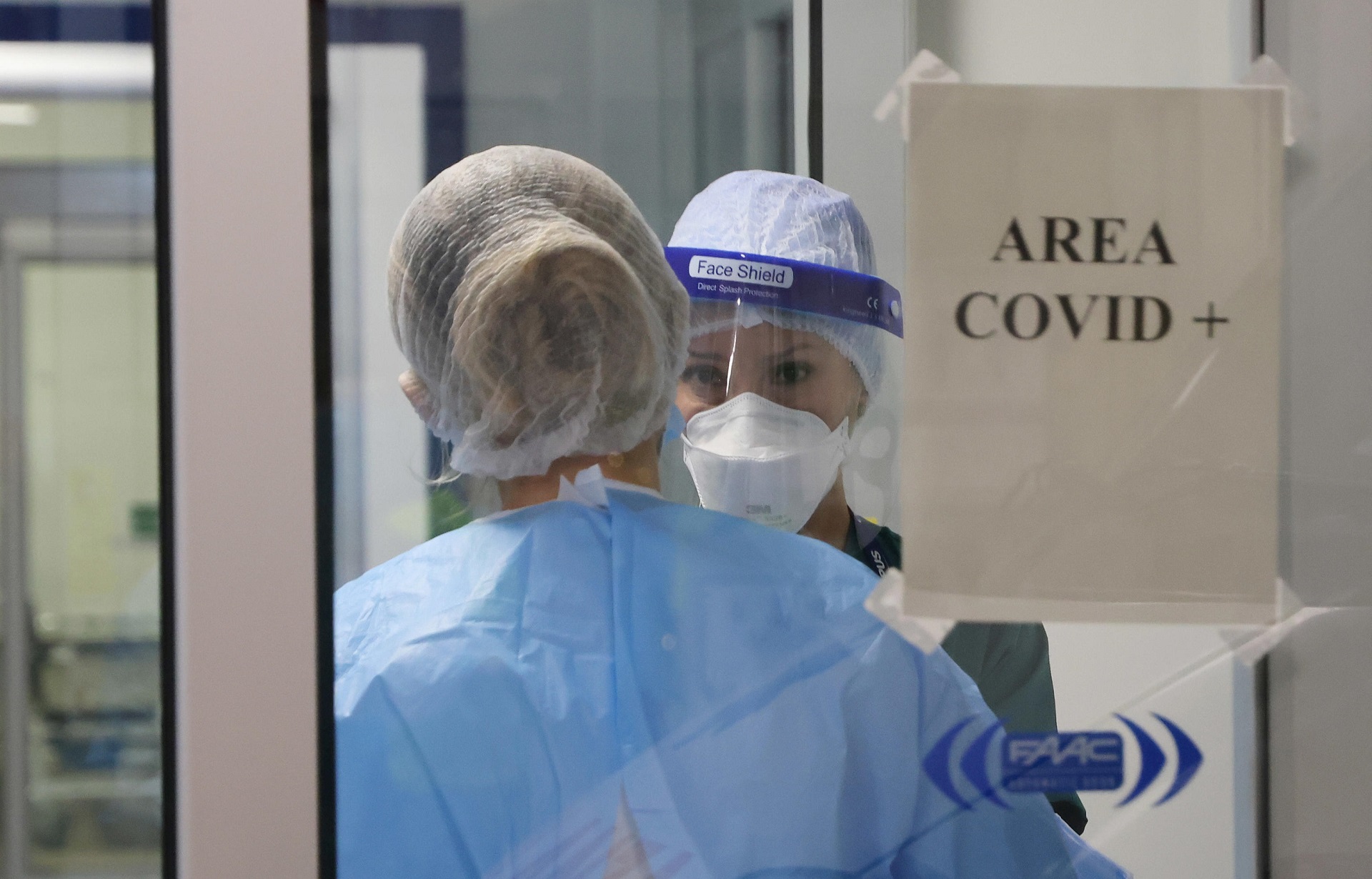 They did not end up in hospital due to Covid-19 but they test positive. They suffer from other diseases but are included in the bulletin of hospitalized due to the virus. It is the charge of the positive asymptomatics, in the last hours at the center of the debate between experts and the government and protagonists of a mystery half-solved. The decision (for now) is made, the count of the daily bulletin remains unchanged. But the question continues to divide. The idea circulated was to eliminate from the national monitoring, starting from February, the figure of positive patients but not hospitalized due to Covid. For some it is a way to shed further light on the actual data of the current emergency, for others just a way for the Regions to escape the restrictions of the colored bands.

The yellow of the circular

The ministerial circular leaked in the last few hours had made the decision almost official: from February the bulletin would have contained a new field concerning all Covid patients hospitalized for causes other than the virus and subsequently infected. While the definition of the Covid case would have remained unchanged: positive hospitalized patients, even asymptomatic, they would remain a group to track and communicate to surveillance systems. But Minister Speranza was quick to deny everything: no circular, no decision. Only, apparently, press indiscretions on a document that, albeit denied, existed. Despite the “no” of the Minister of Health, the government has discussed the asymptomatic and how. The further proof was the decision to officially seek the opinion of the Scientific Technical Committee. Generally called into question when, for an imminent political decision to be taken, confirmation of efficacy and safety is sought also from a technical point of view.

Meeting on January 14, the CTS expressed the same verdict that the Higher Institute of Health had released a few hours earlier, giving its own opinion on the issue: “Most infections, particularly in vaccinated people, proceed asymptomatically or with symptoms very nuanced. Not monitoring these cases would limit the ability to identify the variants, their characteristics and we would not be able to know the clinical status that follows the infection in the different populations. Furthermore, it would not make it possible to monitor the trend of the circulation of the virus over time “. But within the CTS there are those who remain of a contrary position. Fabio Ciciliano, one of the members of the Committee since the very first months of the health emergency, still believes that the spin-off would have guaranteed greater clarity.

Interviewed by Courier service, reiterates first of all how much the current number of hospitalizations is reduced compared to the first wave and how much this data is due to vaccines. On the issue of asymptomatic positives hospitalized not because of the virus he explains: «The important thing is the clarity of the information. Clinical monitoring that distinguishes patients with Covid-19, which is the disease caused by SarsCoV-2, from those suffering from other diseases and who test positive for Sars-CoV-2, can be a further fundamental fact. It would allow, in this phase of the pandemic, to further skim the numbers ». A help to better understand that for the moment the Committee to which he belongs, together with the highest scientific offices close to the government, have preferred not to take into consideration for the aforementioned reasons.

Contrary to what was also decided on the idea of ​​a weekly and no longer daily bulletin, (this too rejected), Ciciliano seems to be more aperturista: «Of course it would certainly not change things but it could have the advantage of avoiding the daily hammering that has proved to be particularly heavy from an emotional point of view on the population exhausted by two years of the pandemic. The feeling of insecurity can also negatively affect the return to normal“. For now, however, nothing has happened. The composition of the monitoring is not affected by the sigh of relief of the majority of experts. Just a Open also Fabrizio Pregliasco, as well as days ago the director of the Physics department of Cnr Corrado Spinella, reiterated how important it is “especially in a still expansive phase of the virus not to hide anything” and to guarantee research and calculation institutes such as Cnr to be able to base their mathematical models and related predictions «on constant and closely updated data».

The charge of asymptomatics puts hospitals in crisis

The point is not so much in distinguishing them or not in the daily bulletin. “The real problem is figuring out how to manage these patients in increasingly overburdened hospitals“. The president of the Federation of hospital internists (Fadoi), Dario Manfellotto, focuses further on the issue. “The impact on health facilities of a patient with another pathology and discovered positive for Coronavirus is still devastating”, he explains to Republic. «The process is articulated. We do periodic checks of the patients and those who stay a week also face three molecular swabs. If he is positive, even if completely asymptomatic, and needs hospital care because he may have colic, he must be isolated. Then we must also evaluate whether in your case it is right to make monoclonals. If there is a Covid ward in the hospital, it moves », continues Manfellotto.

And if the Covid ward is not there “it must be moved to another hospital that has it, if it has availability, which is very difficult at the moment”. President Fadoi describes the implications of an asymptomatic patient hospitalized for other types but also positive for health workers: «A“ filter zone ”must be created for staff, who take much longer to carry out assistance activities. Between dressing and undressing 30-40 minutes go away and then the visit must be made. The very long lead times compromise the quality of care for non-Covid patients. It would take more staff, but now it is almost impossible to have it ». And then again the organization for ward isolation. “It all depends on how the rooms are there. If they are two, when you find a positive take the tests also to the other inpatient in the same environment. After a few days it could become positive. However, if the room accommodates a higher number of patients, things become even more complicated. In general, since the positive has to be alone in a room, the capacity of the ward can be greatly reduced“.

A problem (not) solved

In short, counting or not counting, hospitalization due to the virus or not, the group of people who arrive at the hospital and become infected certainly does not create less pressure on the structures that have to take care of them. “Beyond the data, which have to do with the colors of the Regions, those hospitalized for other reasons but then discovered positive for the coronavirus still have a great impact on the organization and therefore on other patients. The proof of this “, concludes Manferlotto,” is that the same Regions have been forced in recent days to suspend the election activity, ie hospitalizations, and scheduled and non-scheduled surgical interventions that are not strictly urgent “.