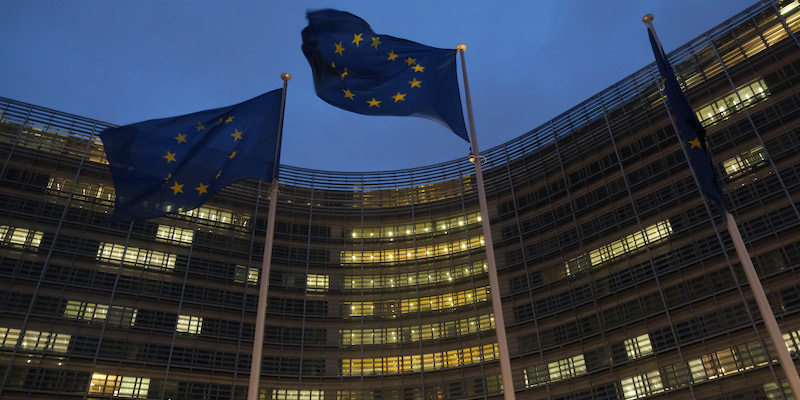 On Monday, the heads of department of the European Commission approved the Global Gateway, a massive foreign investment plan with which the European Union intends to counter China’s influence in the global economy. The Global Gateway foresees the investment of approximately 320 billion euros between now and 2027 to finance services and infrastructures in various countries of the world: it will be presented on Wednesday, but several newspapers have already anticipated the main points.

The Global Gateway was announced on 15 September by the President of the European Commission Ursula von der Leyen. The plan does not explicitly mention China, but that the ultimate goal is to counter its influence is an opinion shared and taken up by various international analysts and newspapers.

In particular, the Global Gateway aims to counteract the influence gained by China on a global level through the Belt and Road Initiative, also known as the “new silk road”, that is the huge Chinese investment program for the construction of commercial infrastructures in around 70 countries in the world, considered by some experts to be the instrument with which China intends to influence some of the poorest countries in the world also from a political and economic point of view. It is not the only program of China in this sense: in European countries, China has also promoted the formation of the 17 + 1 group, the business and investment cooperation project between China and some countries of Central and Eastern Europe, considered as one of the cornerstones of Chinese influence in Europe.

The Global Gateway, to understand, could be defined as a kind of ambitious “European silk road”.

In practice, the plan provides for the investment of approximately 300 billion euros of public and private funds, to be invested by 2027 in various countries of the world to build infrastructures physical such as highways, power grids and plants for the production of energy from renewable sources, as well as per supporting services such as health and education. The total figure, if confirmed, will still be around a quarter of what China should spend on the Belt and Road Initiative between now and 2027.

According to the advances of Politic he was born in Financial Times, based on the reading of the plan, of the 323 billion approximately 135 come from the European Fund for Sustainable Development (EFSD), a fund of the European Commission for foreign financing for sustainable development, and another 25 from the European Investment Bank, the community institution that finances the investments necessary to achieve the political objectives of the European Union. There are also about 18 billion coming from European external assistance programs and about another 145 billion euros, therefore almost half of the funds for the plan, coming from other European development institutions, not specified for now.

The details on the target countries of the investments or how they will be managed are not yet known, but it is however possible to get some preliminary ideas.

The investment would be beneficial for both partners: the import of renewable hydrogen would allow the European Union to speed up its achievement of climate neutrality, i.e. the zero balance of net emissions (as said by von der Leyen herself, the infrastructures financed by the Global Gateway will have to meet the climate objectives of the European Union). For their part, the countries receiving the investments will be able to export renewable hydrogen, earning money and taking advantage of advantageous prices and bureaucratic practices. Politic he says that the plan also talks about the possibility of creating a European credit instrument aimed precisely at subsidizing exports, to facilitate them.

In Africa, among other things, Chinese investments have not always had good results and have not always led, for various reasons, to a real enrichment of the recipient states: with the Global Gateway, the European Union aims to offer itself as an alternative, not only by promoting the export of renewable energies, but by supporting the development of local infrastructures and technologies that can benefit partner countries, while at the same time encouraging their ecological transition.

With the Global Gateway, the European Union aims to gain a primary role in global investments, seeking to become a particularly attractive partner from an economic point of view. But the European Union also aims to oppose China from an ethical point of view: as anticipated by Ursula von der Leyen in September, when she announced the plan, and as reiterated in the plan itself, the Global Gateway aims to “create links, and not dependencies »with the foreign countries that are the recipients of the investments, as opposed to how China acts.

The Commission’s proposal will also be examined by the Parliament and the Council of the European Union, that is the body in which the 27 national governments of the Union are represented, which however should not get too far in the way: the political and economic opposition to China it is one of the rare cross-cutting points of contact both within the Union and with other Western partners, such as the United States.