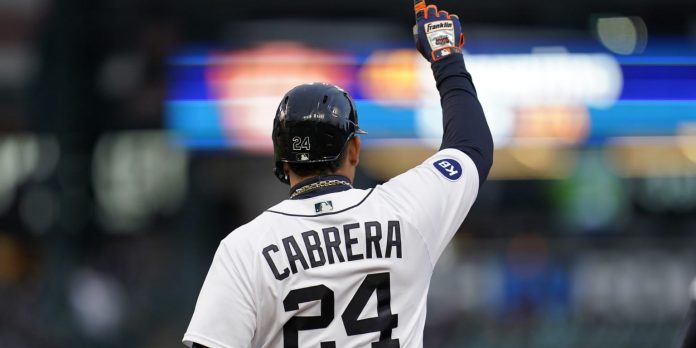 The wait for Venezuelan Miguel Cabrera’s 3,000th hit will continue for at least one more day because bad weather forced the game that was scheduled for this Friday between the Detroit Tigers and the Colorado Rockies to be suspended.

“Tonight’s game against the Rockies has been postponed due to inclement weather. The game will pick up as the second game of a doubleheader on Saturday at 6:40 p.m., following the scheduled 1:10 p.m. game,” the Detroit Tigers reported this afternoon on Twitter.

With this, the fans of the Major Leagues and especially the Venezuelan spectators will follow the expectation of the hit that makes Miguel Cabrera the third player to achieve the feat of 3,000 hits, 500 home runs and 300 average. An achievement that only Willy Mays and Hank Aaron, both Americans, have achieved so far, for which Cabrera would also become the first Latin American and the first non-American player to join that select group.

It is planned, at Cabrera’s request, that when he connects his 3,000th hit, the “Alma Llanera” will sound so that its origin is known.

In the last week, Miguel Cabrera has remained in trend on social networks, with the expectation that he will achieve the feat. In fact, on Thursday night a controversy arose due to the New York Yankees’ decision to walk him in his last at-bat.

Tonight’s game vs. the Rockies has been postponed due to inclement weather. The game will pick up as Game 2 of a doubleheader on Saturday at 6:40 p.m., following the game scheduled for 1:10 p.m.