The first president of the Republic of Cuba in Arms, deposed on October 27, 1873 by his enemies grouped in the House of Representatives, was denied permission to go abroad and the necessary protection for his stay in the country.

Céspedes, in poor health (almost blind), hoped to be reunited with his wife Ana de Quesada Loynaz and their two young children, but was forced to march for several months with the government on harsh and exhausting pilgrimages in the intricate mountain range and was only allowed his eldest son Carlitos accompany him.

He then lived without an escort at the San Lorenzo farm, Sierra Maestra, where he was killed by the Spanish on February 27, 1874. 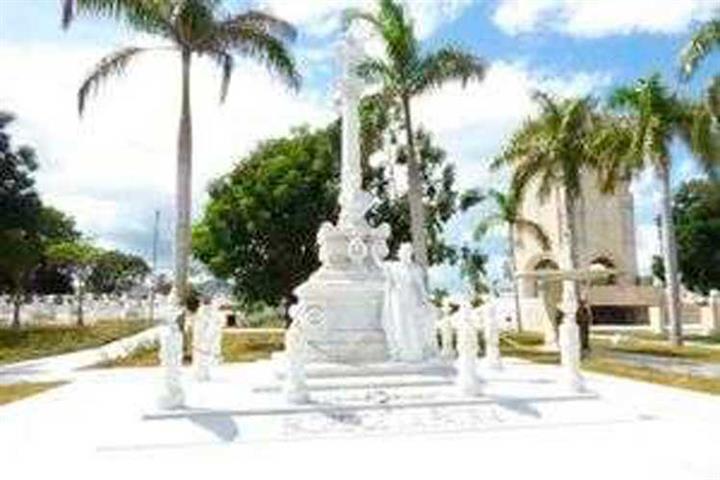 In the words of Mambí Colonel Manuel Sanguily, “he only accepted, for a few moments, the great combat of his people… Céspedes could not allow that he, sovereign incarnation of the sublime rebellion, be taken in triumph by the Spaniards, imprisoned and tied up like a offender”.

“He fell into a ravine, like a flaming sun sinking into the abyss,” he adds.

José Martí (1853-1895), organizer and guide of the Revolution of 1995, understood the greatness of Céspedes. “It is necessary to have once shouldered a people, to know what was the strength of the one who, with no more weapons than a tortoiseshell cane with a golden handle, decided, face to face with an implacable nation, to take away its freedom for freedom. most unhappy possession, like someone who takes her last cub from a tiger.

“And it was not greater when he proclaimed his homeland free, but when he gathered his servants, and called them into his arms as brothers.” 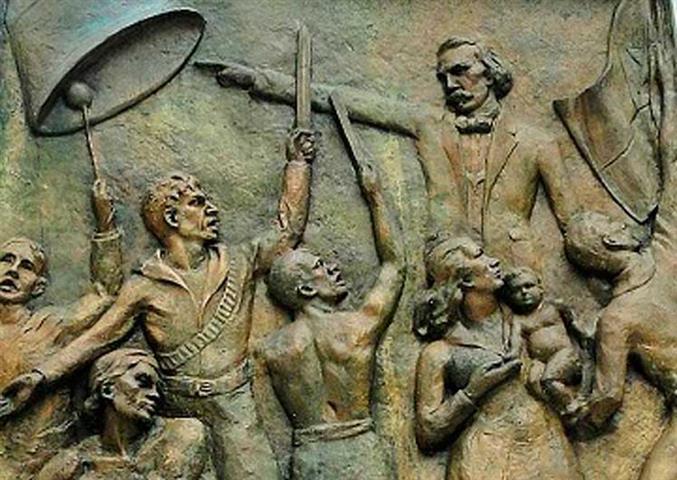 Lawyer, poet and revolutionary from Bayamo, Céspedes (1819-1874) was the first to be executed, Martí affirmed.

In the opinion of Colonel Mambí and chronicler of the war, Enrique Collazo, so that nothing could lack his legitimate glory, he died almost blind, alone in the rugged mountains, “the first of the Cubans who managed to give his country and his countrymen homeland and honor ”. 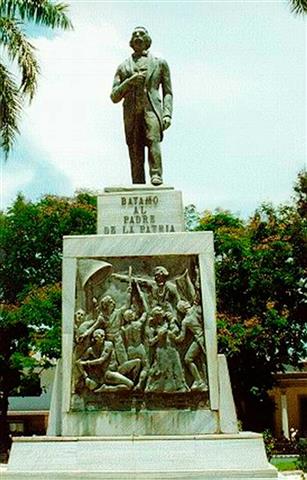 A man of law and speeches, he had the energy and charisma of a founder, taking up arms on a bright morning -October 10, 1868-, declaring the first day of freedom and independence for Cuba, and also for its own slaves.

On October 27, 1873, when the Chamber of Representatives met in Bijagual, Jiguaní, in an extraordinary session with only nine deputies, including its president, Salvador Cisneros Betancourt, they proceeded to remove the President of the Republic of Cuba in Arms, Carlos Manuel de Céspedes, a position which he exercised from April 1869.

Cisneros Betancourt abstained from voting, although he had been at the top of the wave of complaints between the Chamber and President Céspedes, as he argued that he would benefit, as happened when his substitute was appointed.

The proponent of the deposition, deputy Ramón Pérez Trujillo, accused Céspedes of mistakes in his administration, of assuming powers that the Executive Power did not have and of having fomented disunity among the emigrants with the appointment of Manuel de Quesada as Special Agent in the Exterior.

The rest of the exhibitions insisted on pointing out the constitutional violations committed by him.

Tomás Estrada Palma, later a well-known annexationist, became a defender of the Constitution, while the later autonomist Marcos García blamed him for the misfortunes of the Las Villas insurgents. The rest abounded in similar questions.

Due to the difficulties in legislating under the conditions imposed by the war, the Chamber itself had expanded the powers of the Executive and taken recesses, without ever recognizing the ineffectiveness of the system of powers adopted in the Constituent Assembly of Guáimaro, in 1869. 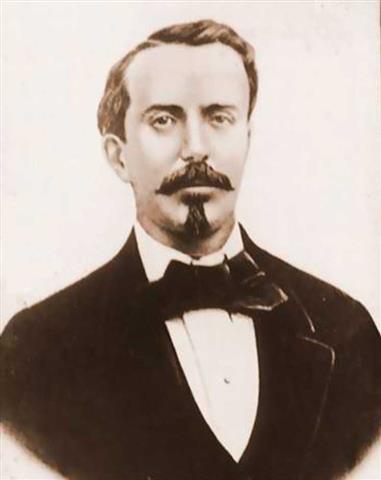 Upon being dismissed, Céspedes responded with dignity as follows:

I give the most expressive thanks to that Body for having freed me from the great weight that has weighed on me, while I have been in charge of the Government, without it being possible to say that I have abandoned my post or attribute it to fatigue or weakness on my part. Homeland and Freedom. Somanta, October 27, 1873.

That day the then colonel and later Brigadier José de Jesús Pérez told Céspedes that he was willing to support him with his troops, but the patrician would never have shed Cuban blood because of him. He was also the person who recommended the refuge of San Lorenzo, in the Sierra Maestra.

On the fateful February 27, his son was not present in that place, he had gone out in search of some shoes to replace his father’s threadbare ones, which were sewn with wire.

The young Mambí Colonel Carlos Manuel de Céspedes y Céspedes (1840-1915) heard the echo of the shots, but it was too late. He could only collect the few scattered belongings.

In his last letter he wrote to his wife Anita de Quesada: Since January 23 I have lived on a farm called San Lorenzo. It is located in the middle of the Sierra Maestra, on the right bank of a branch of the Contramaestre River.

My little house -he says- is quite big: made of guano, but well sheltered and with good wood. It has two capable rooms, lined with palm and cedar boards… In my room I have a hammock, a desk, a stool for her (all made of cedar), my suitcases, weapons and other utensils. There is no lack of food and there is a good bath in the stream.

He tells her that the farm was founded by Colonel José de Jesús Pérez a little over a year ago and another nearby, El Ranchito, where many hardworking and honest families have gathered.

He concludes: “Give a million kisses to my beloved children. Present my affectionate regards to all family and friends, and while fortune decides otherwise, my life is yours- Your husband Carlos”.

At the end of January 1874, his friend José de Jesús Pérez predicted that within two months the former president would be assaulted and killed by the Spanish, since he had been deprived of protection.

The whole family joined the war, 20 of its members died; the first his son Amado Oscar (1847-1870), shot at age 22; his brother Pedro María (1825-1873), former governor of the state of Oriente, expeditionary of the steamship Virginius, and his nephew Higinio de Quesada, only 19 years old, son of Major General Manuel de Quesada, brother of the his wife Anita.

Shortly before being shot, the young combatant wrote: “My beloved parents: In a few hours I will be shot. But know that I die in my position. That is to say, full of courage and resignation”.

In February 1874, Carlos Manuel de Céspedes wrote to his wife Ana de Quesada that he learned from a witness that they all died bravely. And that his nephew Higinio showed great integrity when he went out to the wall, whistling and singing patriotic songs; He approached a Spanish soldier and I told him “the only thing I ask you is to point me well so that I die on the spot”.

The Carlos Manuel de Céspedes dam, inaugurated on July 5, 1968 by the historical leader of the Cuban Revolution Fidel Castro, covers the site of Bijagual, Jiguaní, where the infamy happened. Located in the Contramaestre River basin, it has a capacity of 200 million cubic meters of water.