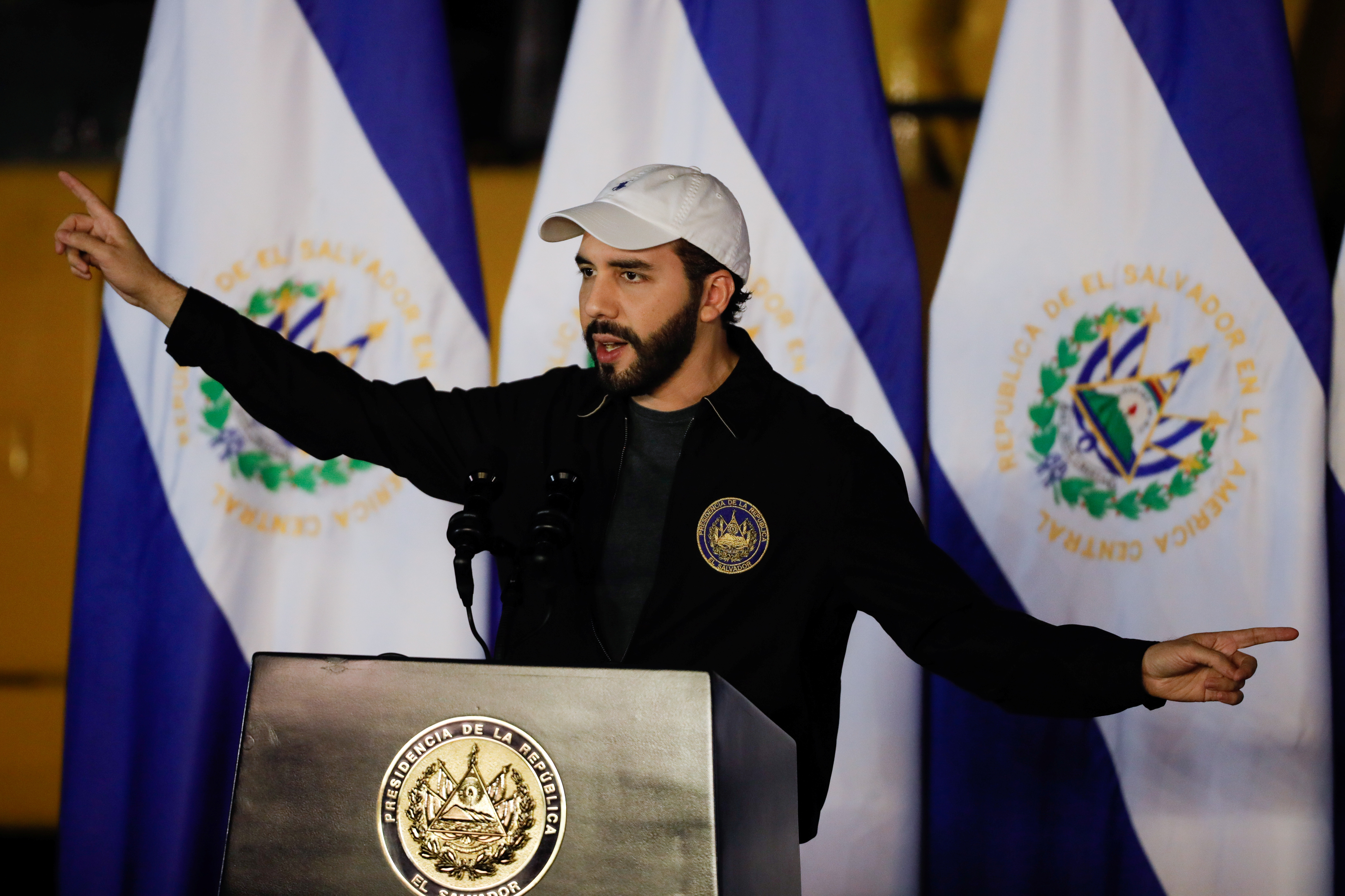 El Salvador’s bet on bitcoin has already cost the government enough to cover its next interest payment to bondholders, underscoring the big risks posed by its cryptocurrency experiment.

The retreat that has led bitcoin to fall 40% since the end of March has deepened the accumulated losses of the holdings of the President’s Government Nayib Bukele to about $40 million, according to a Bloomberg estimate. That’s slightly more than the next coupon payment on its foreign debt, $38.25 million due June 15 in notes due 2035.

Bukele’s government has spent around $105 million buying bitcoins since becoming the first country in the world to convert the token into legal tender in September, according to his Twitter announcements. Since the first purchase, the cryptocurrency fell 45%, reducing the value of the country’s 2,301 bitcoins to about $66 million.

Days ago, Moody’s Investors Service had downgraded the country’s credit rating two notches and warned that holders of its bonds risk big losses. El Salvador is the first country in the world to make bitcoin legal tender and its president plans to issue a USD 1 billion bond backed by bitcoin, but Finance Minister Alejandro Zelaya had to admit days ago that the fall of the Cryptocurrency price already affects investor demand. 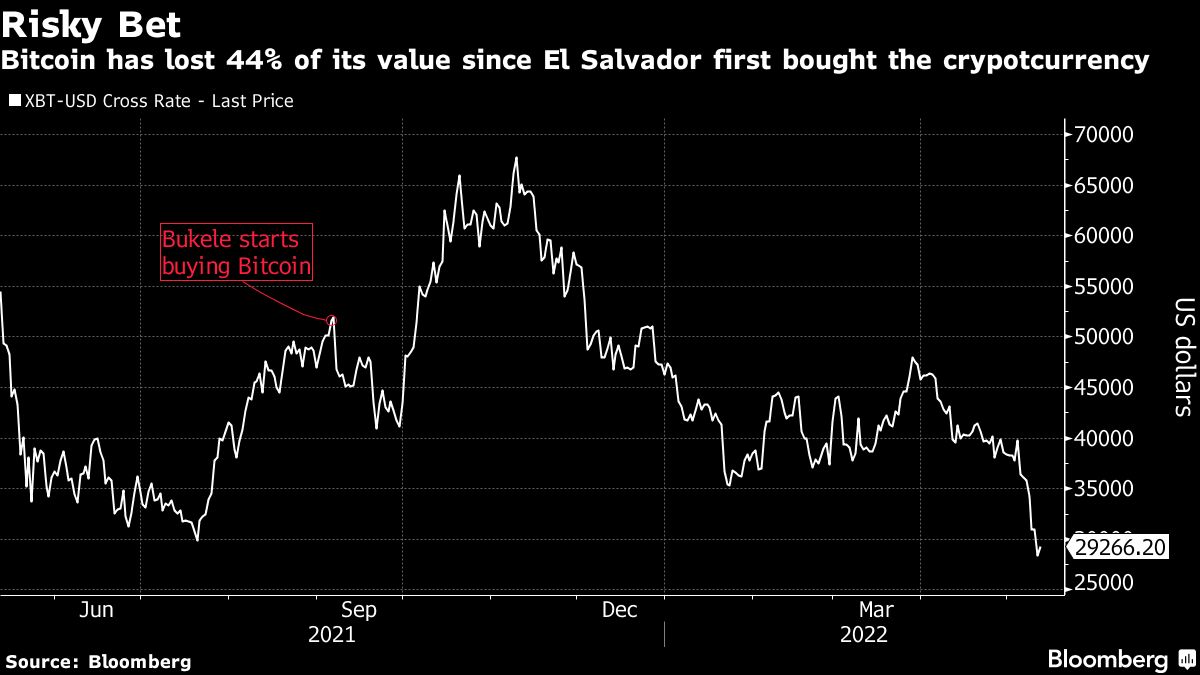 The graph shows, in red, the moment in which El Salvador began to buy its bitcoins and how, since then, the digital currency has lost 44% of its value.

The collapse of the last days of cryptocurrencies, with bitcoin that came to trade below USD 26,300 today (and that after 18 in Argentina was around USD 28,300) It’s another blow to Bukele, a devout crypto believer who has been trying to sell a bitcoin-backed bond for more than five months. However, investors have been lukewarm about El Salvador’s bonds, concerned not only about the government’s ability to keep up with its debt, but also about its willingness to do so.

El Salvador does not publish data on its bitcoin holdings.

The country was also in talks with the IMF, but negotiations stalled after Bukele adopted cryptocurrency as legal tender.

The country’s foreign debt prices have fallen about 18% this year, leaving 10-year and 30-year bonds trading at around 40 cents on the dollar in distressed territory. The next capital payment is in January for USD 800 million. The 22% discount to the price at which the notes are trading suggests some hesitation on the part of investors as to whether the obligation will be met.

El Salvador owes bondholders USD 382 million in interest this year, with July being the heaviest month for payments as USD 183 million are due. In April, the nation had $3.4 billion in reserves, according to the central bank, and the government plans to raise $1 billion from the bitcoin-backed bond, though it is unclear at this point if the transaction will go ahead. 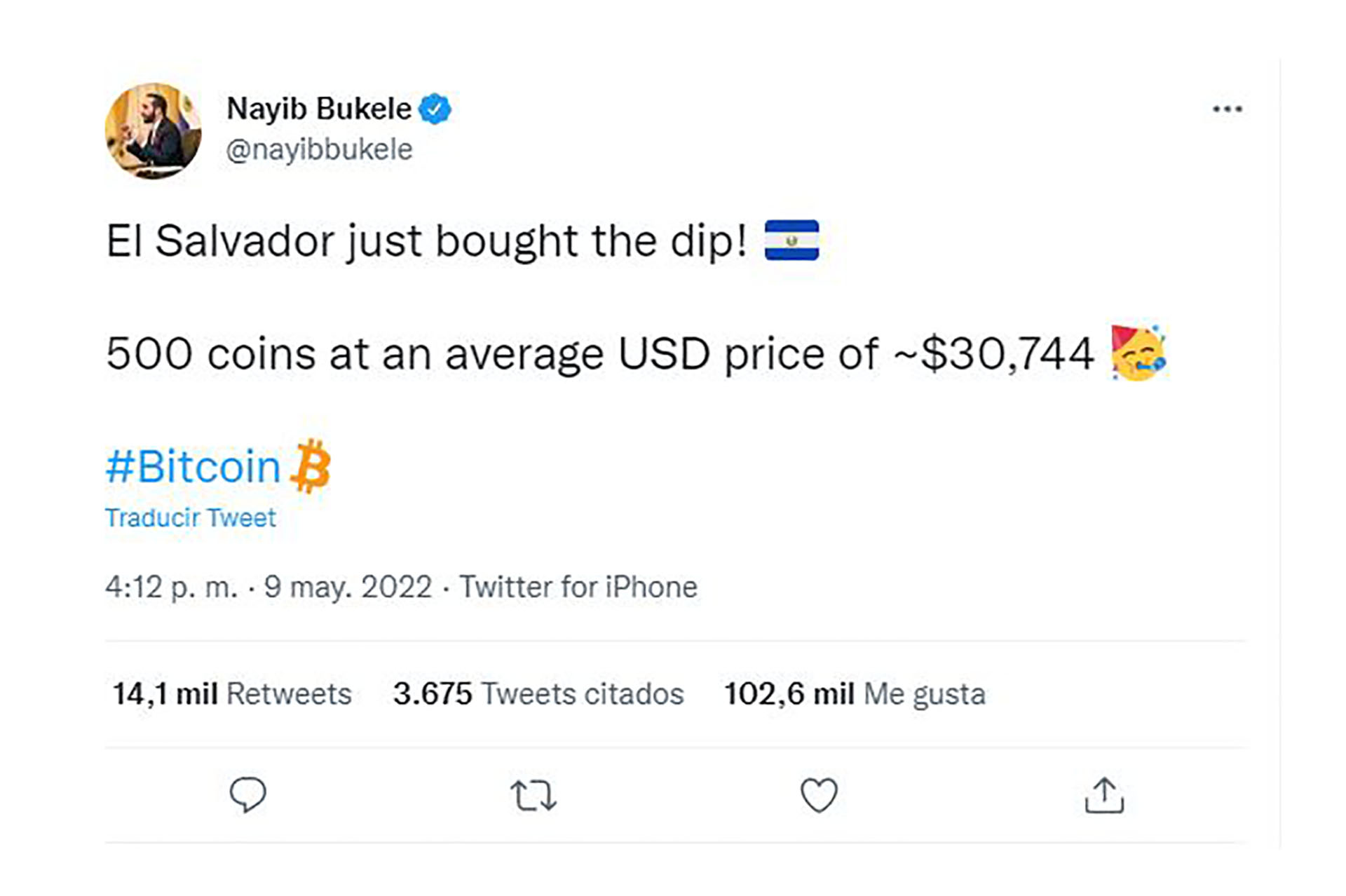 The country was also in talks with the International Monetary Fund, but negotiations stalled after Bukele adopted cryptocurrency as legal tender. Since then, the spreads of the credit default swaps of the nation, a type of insurance against late payments, have increased more than 20 percentage points, implying an 87% probability of default in the next five years.

Last Monday, El Salvador announced the purchase of 500 bitcoins, its largest acquisition to date of the cryptocurrency. At the time, he paid about $31,000 per unit. The government bought the coins at an average price of US$30,744, Bukele said on Twitter.

The agency cut the nation’s long-term external debt rating to “Caa3″ from “Caa1″, arguing “a higher probability of a credit event: restructuring, distressed change or default”.

“The downgrade incorporates Moody’s expectation of large material losses for investors ahead of the next two bond redemptions,” the rating agency said in a statement.

The downgrade “is largely due to the lack of a credible financing plan, a factor that increases credit risks stemming from restricted market access due to distressed yields on El Salvador’s external debt,” Moody’s said.

The nation’s dollar foreign bond spreads have widened to more than 2,200 basis points above the US reflecting a high level of distress. The government’s reliance on short-term domestic debt increases credit risks, Moody’s said.

With information from Bloomberg

Carlos Maslatón’s forecasts in the midst of the crypto “massacre”: scare theory, how long the fall lasts and the future of Bitcoin
Rate segmentation: the companies warned that the implementation will take at least two months
Apple shares have plummeted 22% since January and ceased to be the most valuable company in the world: who beat him