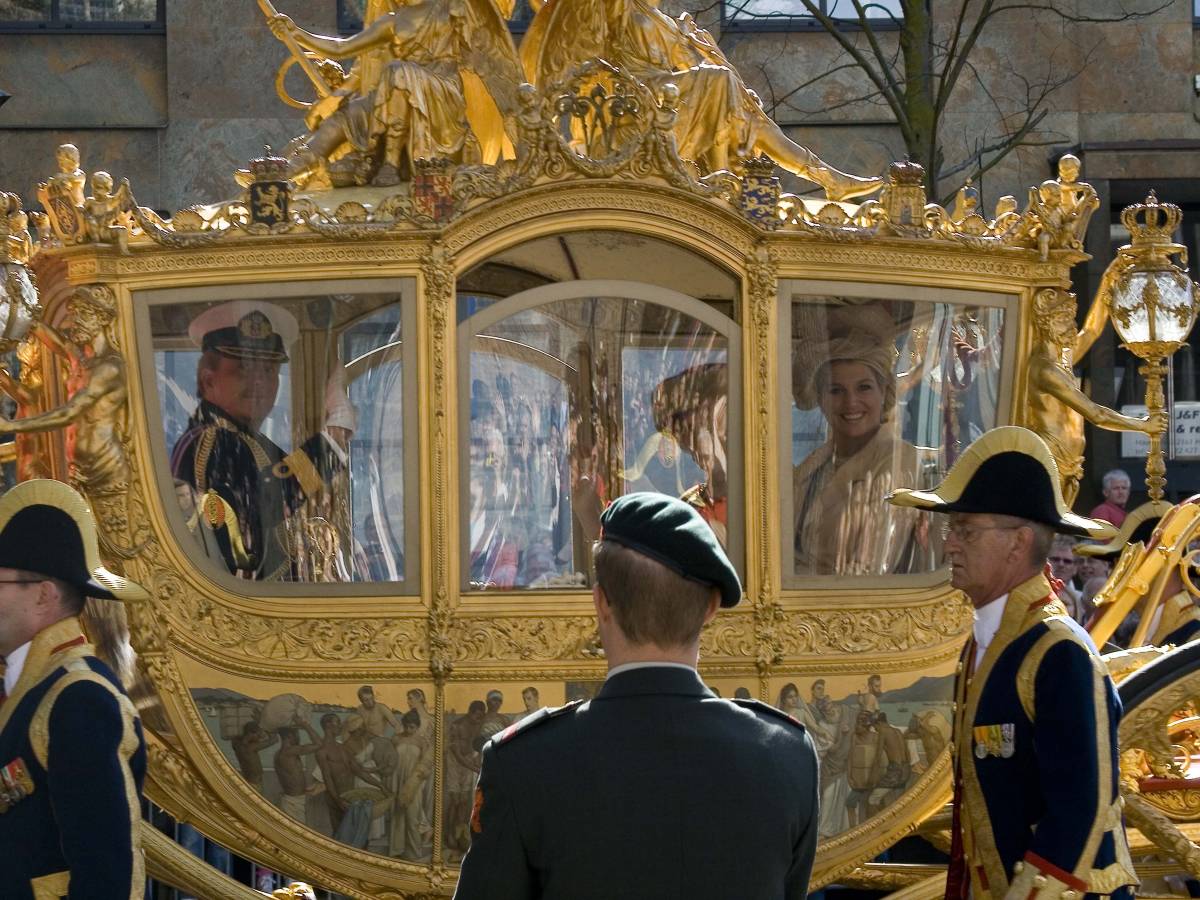 The king of the Netherlands, William Alexander, has decided to renounce the use of the historical carriage used by the orange crowned heads in official ceremonies. The reason for this decision is the fact that the offending means of transport tends to enhance the country’s colonial past, as it features a panel on which they are painted “discriminatory images towards blacks and Asians“The 54-year-old monarch, on the throne since 2013, is considered one of the most informal and progressive European rulers: he never wore the crown and, in 2021, canceled the traditional solemn ceremonies scheduled in Amesterdam on the occasion of the sovereign’s birthday.

With a video message addressed yesterday to his subjects, Guglielo Alessandro made known his renunciation of the golden royal carriage, called Gouden Koets. The latter was a gift made in 1898 by the city of Amsterdam to Princess Wilhelmina, it is in Dutch Renaissance style and was made of teak wood from the Indonesian island of Java, then an orange colony. The Gouden Koets, clad in gold leaf and lavishly decorated, used to walk the streets of the capital to carry kings and princes to official ceremonies such as weddings and baptisms, or to lead the monarch to Parliament for his annual speech of opening of the proceedings of the Chambers.

To push the current king to leave the carriage parked was a controversial painting on a panel positioned on the left side of the means of transport. The offending representation is entitled Tribute from the colonies and shows black and Asian people kneeling in the act of offering goods, such as cocoa and cane sugar, to a young white woman, personifying Holland, seated on a throne. In the painting there is also a white boy who gives a book to a black child, as an act of “civilization“.

Although Guglielo Alessandro has recently expressed his desire to do without the Gouden Koets, in reality the latter was unused since 2015 due to work on restoration. Currently, the prized carriage is on display in Amsterdam as part of an exhibition dedicated to Holland’s colonial past.

The decision of the king of the Netherlands to stop using the carriage “racist“would have been dictated, commentators point out, on the impulse of the debate underway in the country on the colonial past and on slavery and developed as a result of the demonstrations organized by the Black Lives Matter movement.