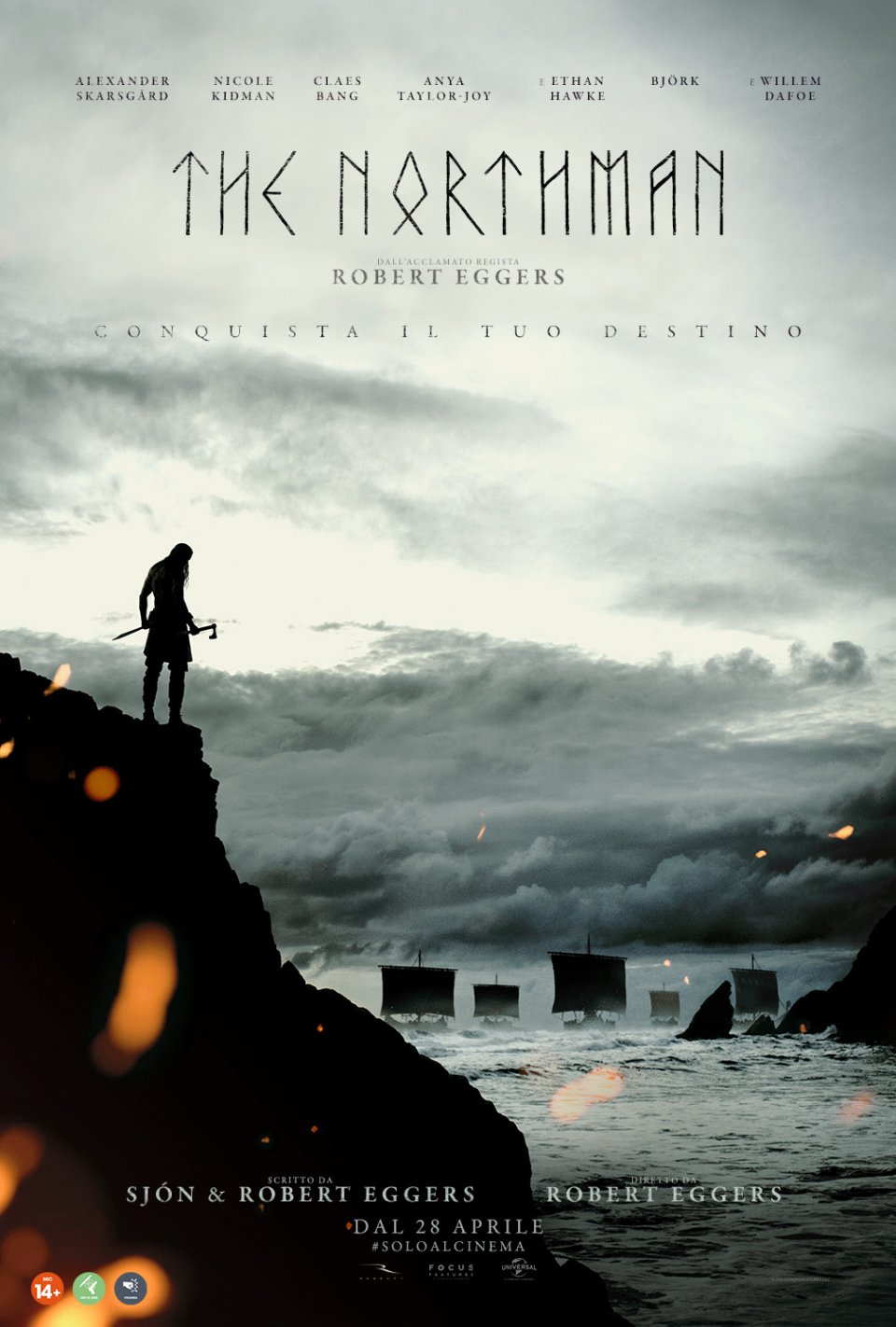 The Northman film will arrive in cinemas on April 28, here is the official Italian trailer of the project directed by Robert Eggers.

The Northman, the new film directed by Robert Eggers, will arrive in Italian cinemas on April 28 thanks to Universal and the trailer official gives some preview sequences of the project that can count on a truly stellar cast.
The video shows the king’s return to his kingdom and the dramatic attack leading to his death. To witness the murder is the young son who manages to escape and promises to take revenge for what happened, a situation that leads him to live adventures for survival and to get what he wants.

Robert Eggers’ The Northman is described as a drama in which a tale of revenge will be shown. On the screen, it will be revealed to what extent a Viking prince will seek justice for his murdered father.

Eggers is also co-author of the script in collaboration with Icelandic poet and novelist Sjón. The film’s producers are Lars Knudsen, Mark Huffam and New Regency, with the co-production of Focus Features and New Regency.

The cast includes the likes of Nicole Kidman, Ana Taylor-Joy and Björk (on his return to theaters after Dancer in the Dark), Alexander Skarsgard, Ethan Hawke and Willem Dafoe.