The 2023 Asturias medals focus on a doctor “who has managed to fix Asturias with the best eyes in the world”, on a leader who exemplifies “the incorporation of women into politics”, on a philologist dedicated to the “protection and promotion of Asturian” and a journalist and writer who has excelled in the study of the role of women in history. These portraits that the President of the Principality made of the winners yesterday correspond, respectively, to the ophthalmologist and former president of the Princess of Asturias Foundation, Luis Fernández-Vega (Oviedo, 1952); the first woman president of the General Board, Laura González (Avilés, 1942); the former president of the Academy of Language Xosé Lluis García Arias (Teverga, 1945) and the writer and communicator María Teresa Álvarez (Candás, 1945).

The Governing Council decided in its meeting this Friday, the first of the year, to put those names to four of the five awards that it will grant this year – the maximum number that the new law of honors and distinctions allows – and leave the fifth for a later decision on a date yet to be determined. All of them will receive the highest institutional award in the region during the commemorative acts of Asturias Day on September 8. Surprisingly, Barbón advances this year to January some appointments that are usually decided in summer. He thus leaves awarded what will be the first medals of the next four-year period and alleges a reason of time. The mandate “will end soon and it is a question of completing the parliamentary process and arriving on time,” he argues, without the impediments of the paralysis that the change of legislature will generate.

The Government did not stop there and yesterday also made decisions to distinguish four other distinguished Asturians. He approved the proposals to name three adoptive children and one favorite of the Principality, which will need the endorsement of the Board to become effective. If this materializes, the former rector of the University of Oviedo Leopoldo Alas Argüelles (Oviedo, 1883-1937), executed by Franco’s troops in the first months of the Civil War, will be posthumously a favorite Asturian. In life, two exponents of political and business activity will be: the historic socialist militant Ángeles Flórez Peón, “Maricuela” (Blimea, 1918), who, at the age of 104, represents “an entire generation of silenced women who suffered prison, repression and exile”, and the Asturian-Mexican businessman Antonio Suárez (Oviedo, 1942). The president of the Grupomar holding thus chooses to add to the Asturias Medal he received in 2012 this title of Favorite Son that recognizes his “key role in everything that has to do with our land” through the investments of his companies and their responsibilities in institutions such as the Princess of Asturias Foundation or the Archivo de Indianos Foundation. The list of decorations is completed with the proposal to make the journalist Juan Ramón Lucas (Madrid, 1958) an Adoptive Son, portrayed by Barbón as “one of the great ambassadors” of the region.

“For me, and for the Fernández-Vega family, this recognition is something very special that we are deeply grateful for.” Luis Fernández-Vega’s testimony of gratitude adds the certainty that “personally” the award “reinforces, if possible, my ties with Asturias and obliges and makes me even more responsible to carry out my professional and civic activity better and better I cannot forget”, he points out, “that my father, who would be one hundred years old this month, received this distinction in 1996, which makes me feel intensely emotional at moments like this when I remember this circumstance”.

Xosé Lluis García Arias, distinguished among other reasons for his role in writing the seven volumes of the “Diccionariu etimolóxicu de la llingua asturiana”, considers it “important and distinctive that for the first time the Asturian world is present” in these distinctions with an award that is granted expressly for the contribution to the study, dissemination and protection of Asturian. He shares it with all those who have given impetus to the fight “to defend what seems fair in a normal and democratic society” and is also grateful for it because it comes at a time of “relative triumph, but triumph nonetheless”, in the one that the “concern” for the future of the Asturian “is going to more in some leading sectors”.

“I am delighted, but above all excited. It has been completely unexpected”, declares the journalist María Teresa Álvarez. “I consider that it is an important distinction and I do not think that it gathers merits for such recognition. But if what is valued is the affection towards Asturias, in that case yes”. Álvarez showed her gratitude to the regional government: “I am especially pleased that this comes to me now, at a time when I am still active, writing, full of illusions.” The Candasina made use of Asturian mythology: “I make the xanas, who are my weakness, participants in my joy.”

For Laura González, former president of the General Board as well as former councilor and former MEP, the medal is an “honor” that she extends to her party, Izquierda Unida. “I’m glad it’s there,” said she who was the first woman president of the General Board. “It is also an honor for the people who accompany me in the distinction, and whom I know, admire and appreciate. That IU has proposed me for the different institutions allowed me to put into practice the social, environmental and human rights policy that I have always I defended”, added González, who thanked President Barbón. 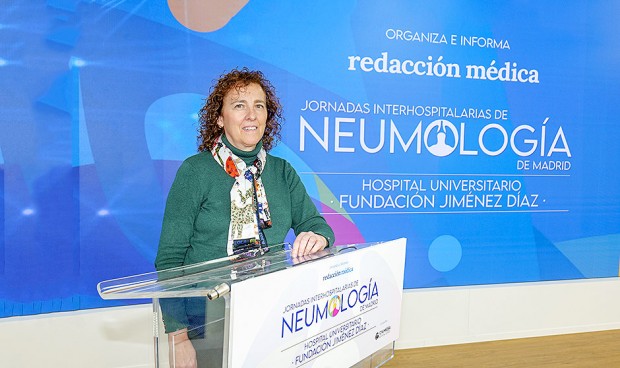 Are you going to start the diet? Know the combination of some foods that you can include

The five wounds of childhood – Health and Well-being