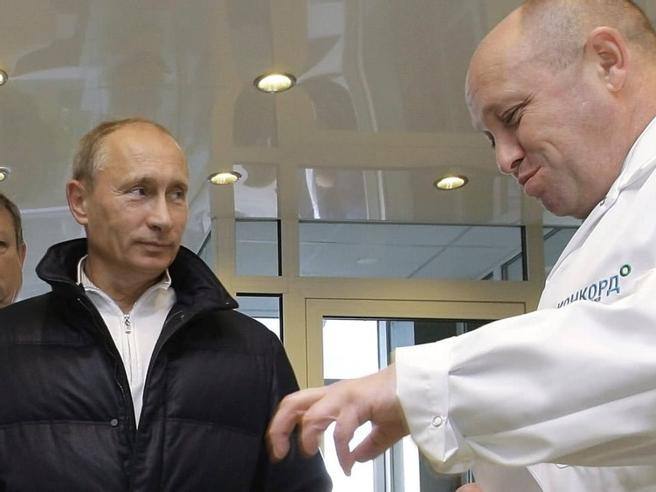 FROM OUR CORRESPONDENT
BERLIN – Between Cold War scenarios and technical tests of dialogue between the United States and Russia, an international case takes place, for the moment, behind the scenes, around a private jet that has been parked on a runway at Berlin airport for over two years . It is a story that condenses in itself all the elements, positions and contradictions, in the new season of frost and tension between the West and Moscow.

The aircraft in question is a luxurious Hawker 800XP, which landed on 29 October 2020 at Berlin’s Schönefeld airport and has remained there ever since, apparently for maintenance. But this is not the jet of the usual billionaire. According to the US government, the aircraft is in fact owned by Yevgeny Prigozin, better known as “Putin’s cook”, one of the oligarchs closest to the Russian leader. In the Putinian galaxy, Prigozin’s role actually goes far beyond gastronomy: he is in fact the founder and owner of the Wagner militia, the private army that fights dirty wars on behalf of the Kremlin in Syria, Libya and most recently in Mali. Moreover, according to a secret report by German intelligence, Prigozin is also behind the Internet Research Agency, a troll factory that has been spreading fake news and propaganda pro-Russian on Western networks for years. For attempting to interfere in the 2016 US presidential election, the billionaire is accused in the US for conspiracy and financing of illicit influences and is wanted by the FBI. But what concerns us in the affair is that Prigozin is also one of the names in the list of ad personam sanctions launched by the US and the European Union against Moscow after the annexation of Crimea and strengthened after the Navalny case. Those on that list cannot enter Europe and their assets can be confiscated.

This is exactly what the American government asked Germany a few months ago: the seizure of the Hawker, a commercial value of 2 million euros. But as the weekly reveals Die Zeit in the issue on newsstands, the federal government prevaricates and for weeks has been discussing animatedly what to do. The problem, or the excuse according to the Americans, is that the jet belongs to a shell company, registered in San Marino, called Club Group. In reality, the latter would be a fictitious company controlled by Uni Jet, a company led by a very faithful of Prigozin, Artem Stepanov, the man who physically was driving the plane when it landed in Berlin. For this reason, since the spring of 2021, he too has been placed on the American list of sanctions.

In the German government, the positions are different. The foreign ministry, now led by the green Annalena Baerbock, would be tempted to give a signal, giving effect to the American request. But that of the Economy is more cautious, fearing that the legal basis for a confiscation decision is not all that solid and a seizure could be challenged in the courts with an uncertain outcome. Even more prudent is Chancellor Olaf Scholz, who would like to avoid what would sound like a hostile act towards Putin.

In the meantime, Berlin has found a “German-style” solution by opening a customs procedure to verify the status of the aircraft’s maintenance work. A way to take time and not offend anyone.