When we see an Apple product from the point of view of design, it is often said that it is “industrial”, “minimalist”, “simple”… all these concepts were applied several decades ago by a designer, Dieter Rams. At present and despite the fact that many of Apple’s products are inspired by his ideas, he doesn’t use anything from the company.

Dieter Rams was chief designer at the German electronics company Braun from the early 1960s to the mid-1990s. During this period he designed dozens of products that have become iconic, such as watches, radios and countless household appliances. His legacy has inspired many companies to create their productsincluding Apple.

There are a number of Apple products that have clearly been based on the designs of Dieter Rams. Some of the most remembered are the iOS calculatorthe old Podcast app or the iPod itself with the click-wheel (just now that the iPod touch has died). Nor is it that Dieter Rams created this design philosophy from scratch, he himself is based on the Bauhaus School, whose maxim is to synthesize art and industrial design to bring simple, useful and carefully designed products to the consumer. 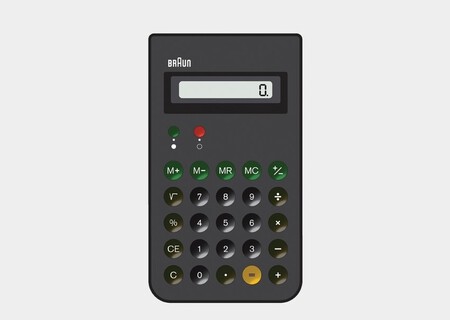 The layout of Dieter Rams’ Braun calculator is very similar to the iOS calculator interface.

There is even a documentary on the life of Dieter Rams, under the name ‘Rams’. The work recounts the life and legacy of this great designer of the second decade of the 20th century. Some of the most interesting details can be extracted from the documentary and some statements by its director. For example Dieter Rams does not use any Apple products. As director Gary Hustwit comments:

It’s interesting because it doesn’t have any of these things. Actually, he has an iPhone that Jony and the Apple design team gave him. It’s on his desk, it’s like a paperweight, he doesn’t use the phone.

Products to last a lifetime

In addition to promoting minimalism and the utility of no-frills products, Dieter Rams also applied other rules to his designs. In fact, he has a kind of manifesto with the ten principles of good design. A good design makes the product innovative, useful, aesthetic, understandablediscreet, honest, respectful with the environment… 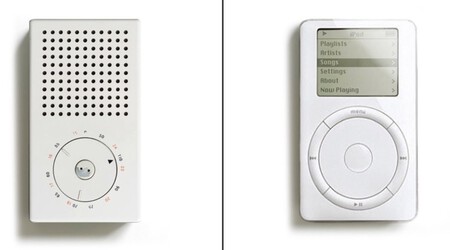 According to the director of the documentary, one of the things that seems to be that What Dieter Rams doesn’t like about the current design is how short the products lastnot respecting principles such as the durability of the products.

I think he really looks in horror at our modern world of disposable products and hyperconsumption. They were trying to make honest products that would last a lifetime.

Apple is one of the companies that cares the most about the environment, not only making products more recyclable, but also trying to make them last longer. However, this does not prevent a new product and new designs from coming out every year. The philosophy of Bauhaus and Dieter Rams will have been established in western design, but has not been able to with the demand of a capitalist market.